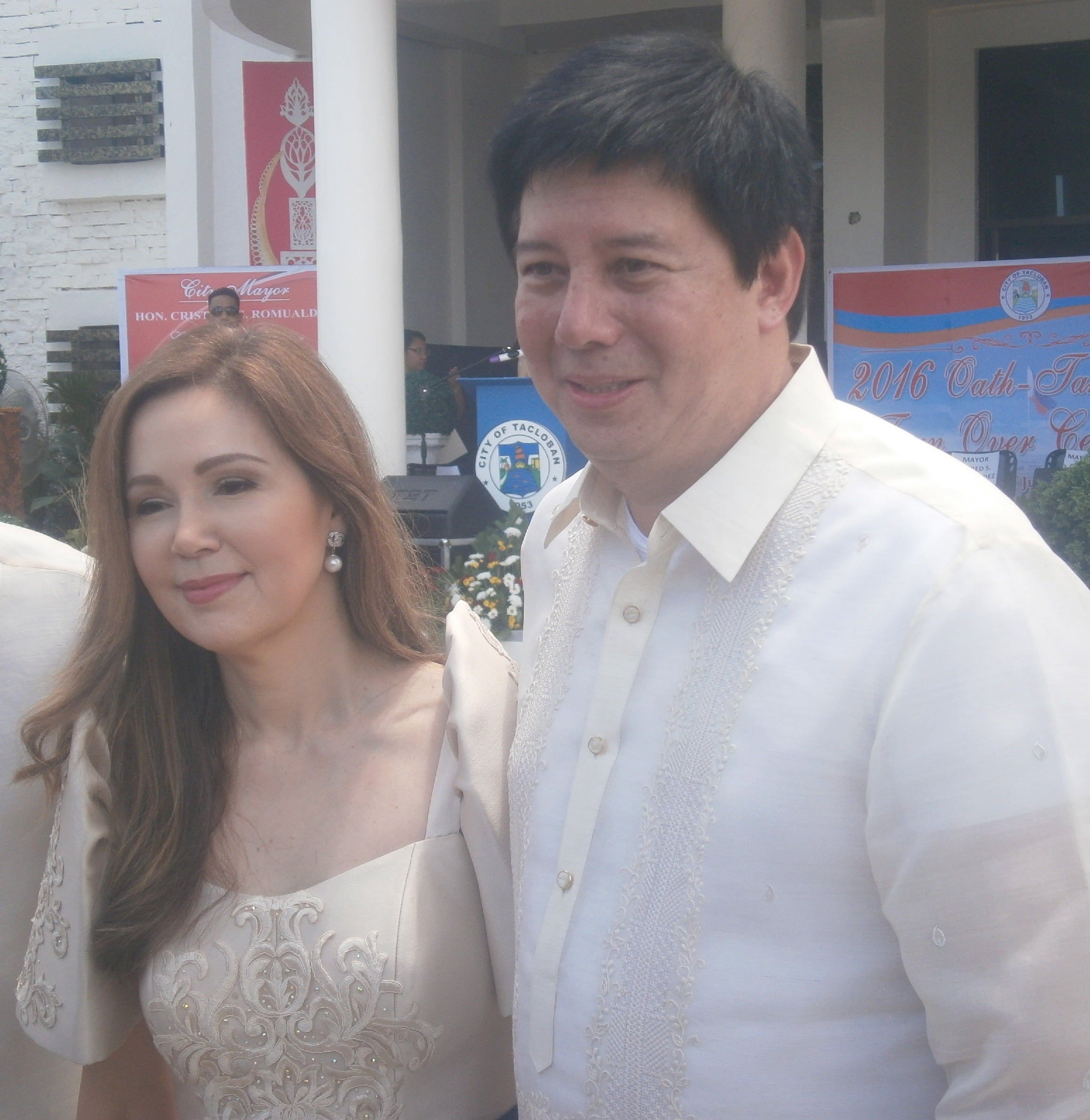 Tacloban City, back on its feet, with minimal reminders of the trauma inflicted by Supertyphoon “Yolanda” two years ago, has just celebrated its Sangyaw Festival (“to proclaim”), a tribute to the Santo Niño (Holy Child Jesus).

There were trade fairs, live band concerts, ballroom dancing and an awards night for those who achieved excellence in arts and letters.

The highlights were the “Parade of Lights” and the inauguration of Councilor Cristina Gonzales-Romualdez as city mayor; she succeeded her husband Alfred Romualdez.

In her inaugural address, Gonzales-Romualdez outlined her program for the well-being of the people of Tacloban, which included support for the arts.

The festivities were also a food trip. In select venues, the tables laid out by the city government for the visitors were groaning with food—beef caldereta, chicken galantine, liempo, carbonara, pancit, chop suey, salmon, blue marlin and embotido.

And at the end of each table was the obligatory lechon (roast pig) with its succulent fat and crackling skin ready to be carved for you, hypertensive or not.

The floats were aglow with lights, in keeping with the theme. There were all kinds of floats from the City of Tacloban, other government agencies, the private sector, food companies, Santo Niño floats, dragon floats, and floats from the many  barangays and  schools.

A small contingent from “the people of Japan” rode near the head of the parade.

Dancers waved glow sticks and escorted each float. Skilled marchers who transformed their flames into balls of fire, like a volcano spewing forth molten lava, elicited roars of admiration from the huge crowds.

The Santo Niño was the “light” the Sangyaw Festival referred  to: light as in  light at the end of the tunnel, light as in “You are the light of the world.”