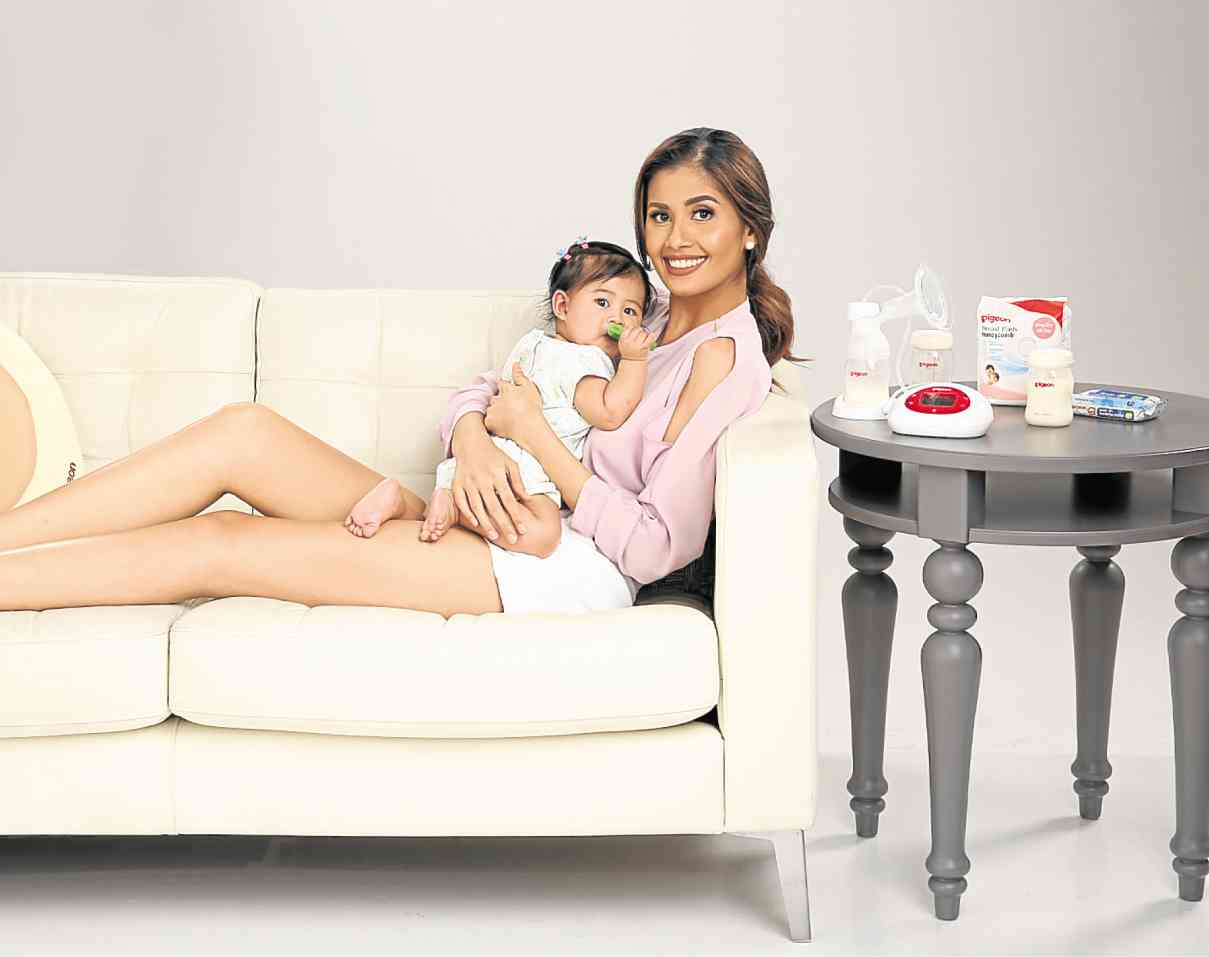 FOR MOTHERS, which is really better: feeding your baby with cow’s milk, or your own milk?

Shamcey recalled her childbirth via caesarean section despite efforts to make it natural—and despite the fact that when she went to the hospital, her dilation was already at 7 centimeters (the baby usually comes out naturally with a 9-cm dilation).

She said she was given two kinds of anesthesia, but she still felt pain. Nonetheless she fell asleep, and when she woke up, the baby was out.

Nyke, her baby’s nickname, was an eight-pounder with good Apgar test results (that’s a quick test on the newborn, done between one and five minutes after delivery, to determine how the baby endured the birthing process).

Shamcey realized soon enough that childbirth was not the end, but just the beginning of the travails of babyhood.

“I didn’t realize until I was actually breast-feeding just how hard it was,” she recounted. “There were many sleepless nights and much crying. There were times when I couldn’t get the milk out. If I didn’t have my husband’s strong support, I would have quit.”

She got a Pigeon breast pump, which became her best friend, as she carried it everywhere.

Her mother-in-law got her nipple cream, which helped her chafed nipples. (Breast-feeding mothers should avoid soap when washing their nipples; washing with water and drying the breasts is good enough.)

Women who want to know more about breast-feeding can attend the Pigeon-sponsored event, “Only Moms,” ongoing until Aug. 21 at the third floor of SM Makati.

It’s important for breast-feeding moms to attend the event on Aug.  20, 1:30 p.m. Pigeon COO Maye Yao Co Say and Shamcey will give talks, along with certified lactation and parenting expert Abbie Yabut. They will discuss common difficulties of breast-feeding, possible solutions to these problems, and useful tips and advice.

Breast-feeding is making some sort of “comeback” after bottle feeding took over in the 1960s during the Vietnam War when American men were drafted into the US military and sent to Saigon.

The women had to work, limiting their breast-feeding days. The milk companies, seeing an opportunity, aggressively marketed formula milk, giving the women the impression that it’s a better and more accessible source of nutrients for the child.

In the Philippines, the milk companies also ran an aggressive campaign promoting their formulas, resulting in fewer moms feeding their babies with their own milk.

In the provinces, women felt they were richer when they gave their babies condensed milk diluted in water in lieu of mother’s milk!

But the Maternal Healthcare Law and other legislation soon required hospitals to “room-in” their babies, meaning the babies, after being bathed, should be immediately brought to the mother’s room and breast-fed.

Statistics in the Philippines show a major lack of support and encouragement for mothers to breast-feed.

Shamcey said she had a hard time when her baby was brought to her, as she was in pain due to the operation. Nyke couldn’t seem to be satisfied with her milk.

But Shamcey said she has fallen into a routine of “expressing” her milk, and has stopped pressuring herself to produce beyond what she is capable of, and just be happy about it.

Nyke is still 80 to 90 percent breast-fed, and very rarely given formula.

It is also a bit easier, because the baby already eats solid food. Nyke’s first solid food was avocado, and Shamcey said the baby loves the fruit.

“Mother’s milk is best for babies up to two years,” the slogan goes. But, sadly, it is true that there are mothers who cannot breast-feed their babies.

The key should really be to find the experts and do research on the barriers to breast-feeding, before giving up on this wonderful activity that only a mother can share with her child.