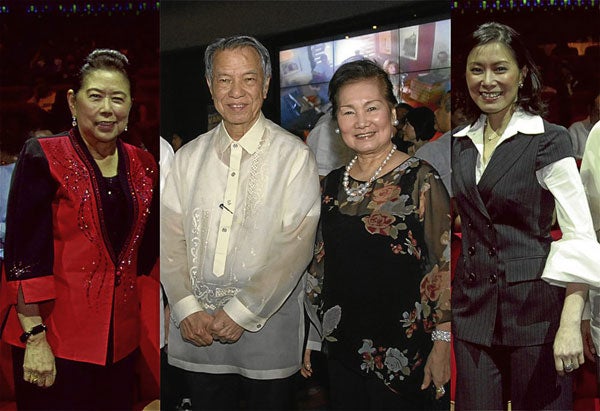 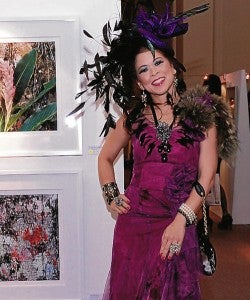 SEVEN DECADES have whizzed by, and our pal to this day, Philippine Airlines, has done it again, with a grand celebration during their anniversary show at the Newport Performing Arts Theatre in Resorts World Manila, dahlings.

The brilliant brain behind PAL’s success, chair Dr. Lucio Tan, welcomed the tons of invitees from all sectors of our society and PAL’s loyal passengers, plus top Mabuhay Miles members, natch!

The spectacular show had flashbacks of PAL’s last 70 years that had onstage hot entertainment superstars, such as the energetic and handsome Gary Valenciano; ladies’ delight and romantic crooner Martin Nievera; and Kuh Ledesma, who showed why she is the hard-to-match diva when it comes to singing and entertaining.

This was followed by several video snippets of PAL’s achievements and progress during the years, until today’s modern advocacies in the world of travel, palanggas. Naturellement, PAL raffled off Business Class tickets to most of the airline’s destinations, with the grand prize being a trip to India, PAL’s newest destination, dahlings. 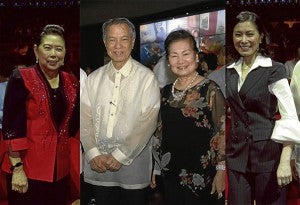 The airline’s anniversary event was an evening of memories, music, friendship, and the beginning of tons of new, exciting things to come from our very own flag carrier, Philippines Airlines, dahlings.

The brothers Van Hagen and their art 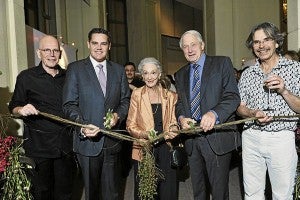 The Gallery of The Peninsula Manila was packed elbow to elbow with invitees eager to get a look at the exhibit and add to their personal gallery, dahlings. Presented by the renowned Fila brand, with first couple Butch and Cris Albert, the exhibit offered the guests an exciting glimpse into the duo’s creativity and passion for the arts.

A mainstay in practically all of our town’s high-profile social gatherings and fund-raisers, Alex is a much-respected photographer who beautifully captures the faces and memories of each glamorous event. In this exhibit, Alex outdid himself by turning his lens away from the famous personalities and must-visit events, to feature landscapes and still lifes that were captured from his travels all over Europe and the Philippines, encouraging viewers “that being environment-friendly is a must for everyone who cares for our home planet—Earth,” Alex explained. 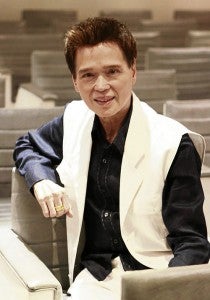 On the other hand, Han V.H. showed everyone why he is one of Europe’s top 30 contemporary masters of copper etching, dahlings. No wonder he is one of the founders of The Etch Club of The Hague. Han, who was educated at the prestigious Royal Academy for Arts and Design in The Hague, showcased his awesome copper etchings which included diverse subjects, from birds, cows and sheep to architecture and history. 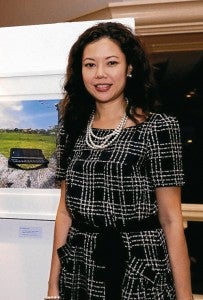 Aprés the mad rush to own one or several pieces from the works of the two brothers, it was time to circulate with the chilled bubbly Moët & Chandon in hand and congratulate the artists for their almost sold-out exhibit, palanggas.

A portion of the proceeds was for the benefit of Real Life Foundation, one of the humanitarian projects Alex V.H. is dedicated to, palanggas.

The comedienne and the ‘Galaxy’s Man’ 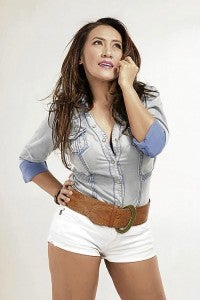 Will Ai Ai slug it out with our town’s “crème de la crème” and outshine everyone with her shocking and irreverent fashion sense? Will she spare no one from her tirades? And, will she get flirty and let out a cougary roar while she steals the hearts of dashing gents?

Well, for the answers, check her out fast, palanggas, at Establishment. Cocktails are served at 7 p.m. and show starts 7:30 p.m., brought to us by Sta. Elena Construction and Mang Inasal. See you there, dahlings.

Meanwhile, my pal, whom I christened “The Galaxy’s Man,” George Sison, is on DZIQ every Thursday, on the fearless man of the hour Ramon Tulfo’s “TNT,” from 3 to 4 p.m. at the popular station Radyo Inquirer, 990AM, dahlings. George will be talking about “the many wonderful things that life can be when handled positively and with optimism. Health, money, wonderful relationships and success can all be yours,” he explained to moi.

Check it out, palanggas, you’ll get tons of answers from George Sison, no less.