A medal worthy of an Ironman | Inquirer Lifestyle ❮ ❯ 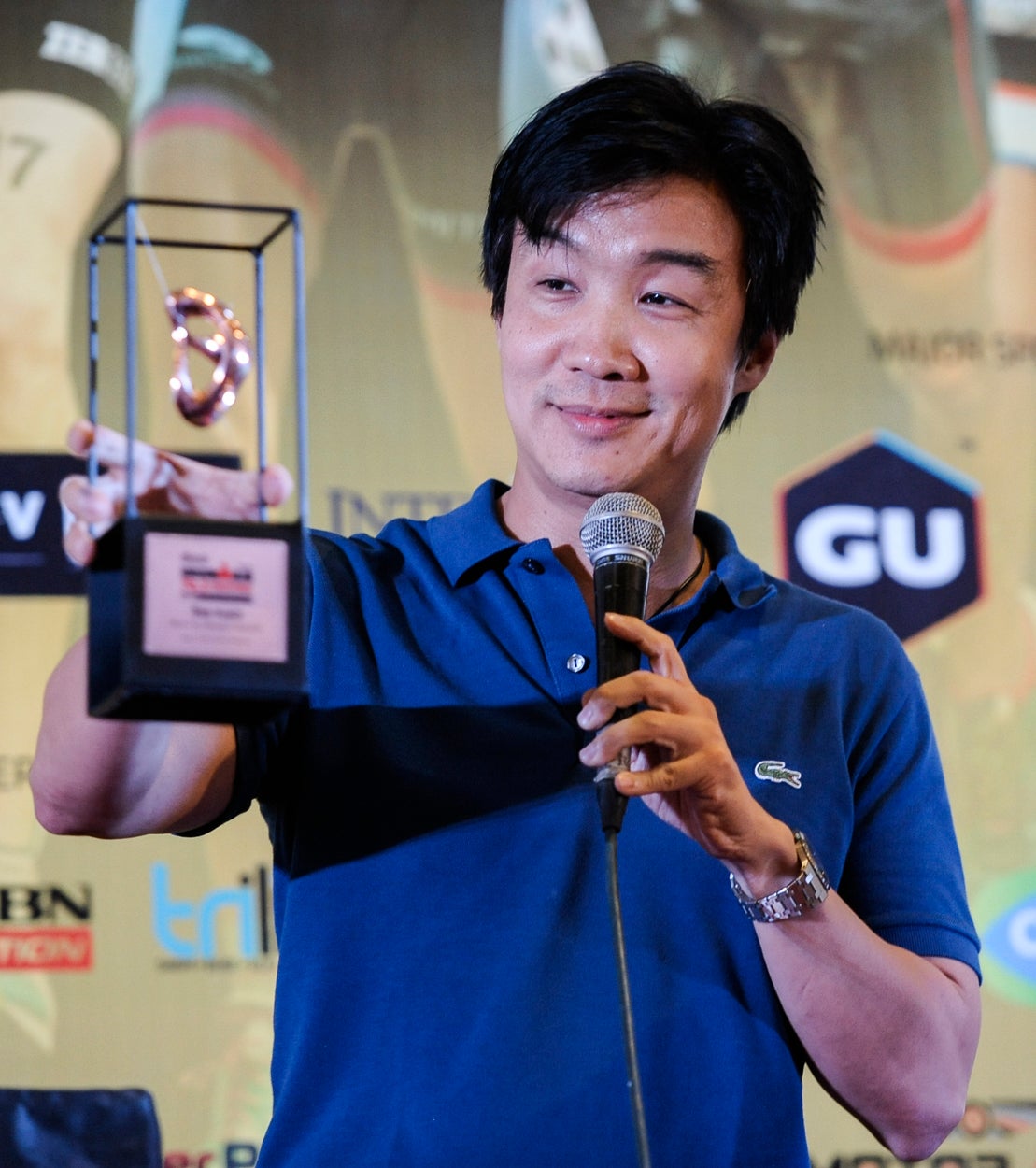 A medal worthy of an Ironman

Marvel’s Ironman draws his power from the Arc Reactor—the circle glow on Jarvis’ chest—a core that is made of pure energy, and an element created by Tony Stark himself.

It’s not too different from the memento of Cobra Ironman 70.3 Philippines Asia-Pacific champions in Cebu. Kenneth Cobonpue, the renowned Cebuano designer, designed the medals and trophies of the winners and finishers of the triathlon held in Lapu Lapu City, Cebu.

“I thought of the heart, because I know that when you run a race you feel like giving up, you’re in this dark place alone, but it’s your heart that keeps you going,” Cobonpue said during the pre-race press conference at Mactan Shangri-La.

Dubbed the “iron heart,” the trophies and medals of cast brass were fashioned into an abstract heart with three loops representing the events of the triathlon.

This is the fifth consecutive year that Cobonpue designed the medals and trophies for the event.

In 2012, Cobonpue created a medal with three rings. The following year, the medals were fashioned into interconnected loops made out of three materials—crinkled metal for swimming, rubber for cycling and metal that looked like the open road for running.

The trophies and medals for the 2014 Ironman, meanwhile,  drew inspiration from the Filipino mythological characters Malakas and Maganda. Made of bamboo, the medals and trophies recalled the myth where the first Filipinos emerged from a bamboo.

Last year’s design was a pendant rock with intricate metallic figures wrapped around it in an ascending pattern.  A hole at the top of the pendant symbolized the finish line.

Cobonpue, who wanted medals and trophies that captured the hard work of the triathletes, refused to design a typical triathlon and marathon medal made of generic metal plates.

“It’s not easy to design these medals; it gets harder and harder every year so it feels like I run my own race before you guys do,” he said.