The sourdough here, for starters, is the real thing | Lifestyle.INQ ❮ ❯ 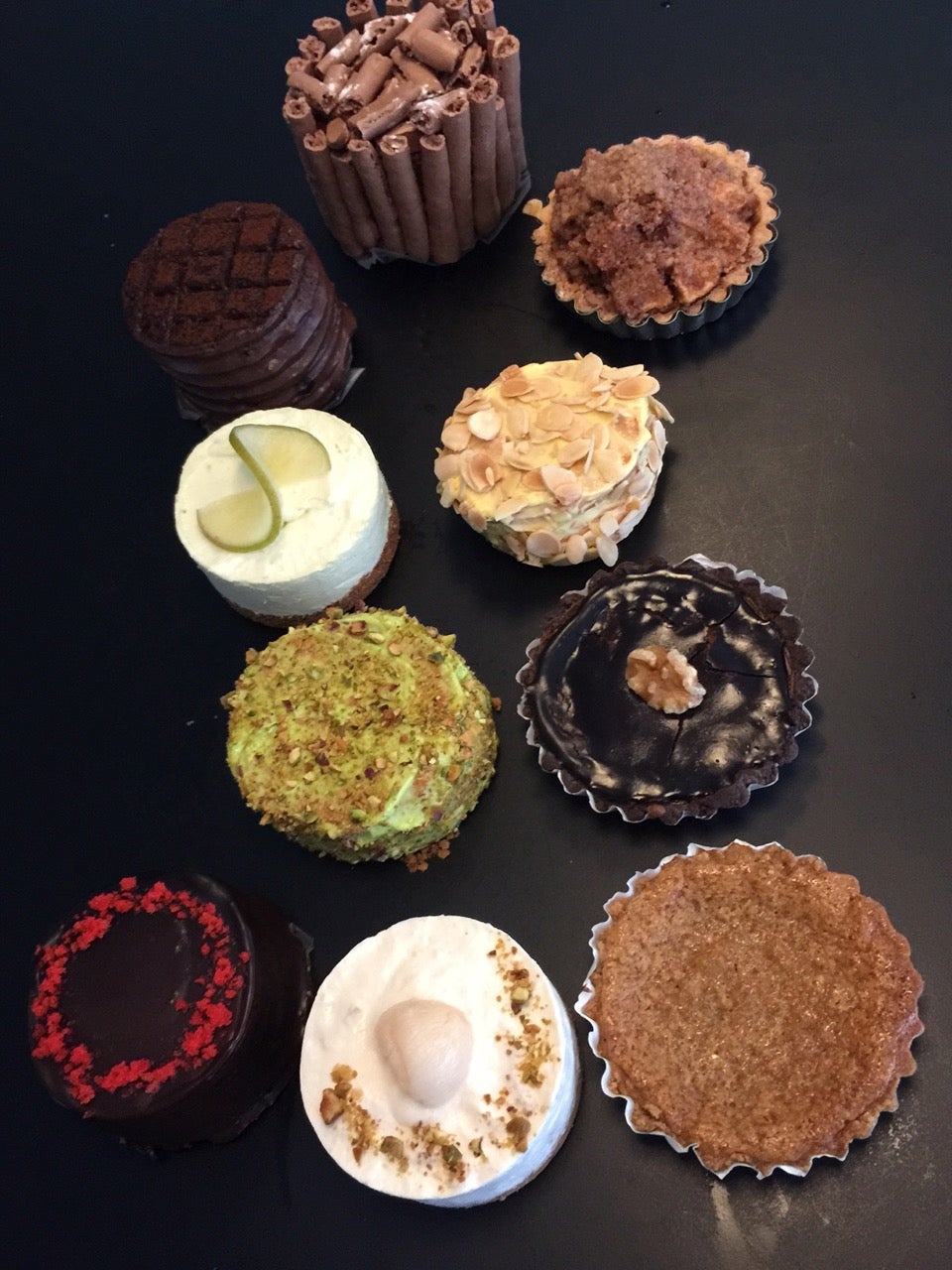 The sourdough here, for starters, is the real thing

This review is one that I’ve been waiting a long time to write. Though I’m not sure whether I should call it a review, because it’s difficult to be objective: two of the owners, Neal Oshima and Ginny Roces de Guzman, are good friends; we worked together on a cookbook on Chinese Filipino food, among other things.

They’ve decided to open a little café in the warren behind Rockwell, which is becoming a bohemian sort of place.

We’ve had many good meals together at Gustare, Ginny’s previous restaurant and commissary at Bonifacio Global City, to kitchen-test the recipes and during the production of the book. Most people know Ginny as a baker and as the creative mind behind Sugarhouse, but she’s one of the rare people who can bake and cook as well.

Neal is, of course, known to most as a photographer, but his interests are far-ranging. He started cooking in earnest after photography made the shift to digital, because he missed the tactile pleasures of working with chemicals and paper.

The houses between Kalayaan Avenue and the Rockwell development have either the misfortune—or good luck, depending on how you see it—of being sandwiched between the red-light district of P. Burgos and the back of the condo towers. In the long run the land will continue to increase in value as one of the few patches of Makati that have resisted development; but if you have a house in the area and you just want to get on with your lives, the influx of drunk foreigners and cars looking for parking spaces for the new restaurants in the area could be a nuisance, to say the least.

For the moment, there’s ample street parking around Tilde, which is on Matilde Street, the second corner after you turn onto Kalayaan from Rockwell Drive. There are cozy low tables for lounging about, ordinary tables, and a kidney-shaped high table with industrial cement bar stools. So far, so hip.

We move earnestly into hipster territory with the third-wave coffee: no gargling or hissing espresso machines here. Most of the coffees are made by aeropress, French press or siphon. The right way to drink it is black, without sugar; get thee to a Starbucks if you want fancy syrups, froths and swirls of cream.

But they do offer milk and sugar to heretics like me who don’t quite understand what third wave coffee is all about, and be warned that the brews are very strong.

The menu, like the low-key vibe of the place, is the antithesis of the commercial shiny sort of food you’d find in a mall restaurant. There are hamburgers, but the beef (or lamb) is ground on the premises, the fries homemade, and served with a kick of Moroccan harissa sauce. I had the Reuben sandwich, which is made with their own corned beef and served with kimchi and a bit of pear.

The Caesar salad was equally excellent and studded with bits of bacon, also made in-house. My wife and daughter each had a burger and the French onion soup. Everything we had was very good, indeed, and we’re already planning out our next visit.

I’ve bored my readers with my obsession with making sourdough bread, which is fast becoming one of the essential skills of the modern man. I can make a loaf at home from the starter which I rescue from the dead as often as I can remember to feed it, but Tilde’s sourdough bread is the real thing. One of the consultants who helped set up Eric Kayser came on board to help create the bread, which is cooked by a baker who has had over 20 years of experience.

Their sourdough loaves are not Poîlane’s, nor are they Tartine’s. They are quite light, and only a little tart. The loaves are proofed in the cold for 36 hours, rather than at room temperature, so have a rich fermentation; but they’ve kept the ration of acetic acid to lactic acid low, so it isn’t aggressively sour.

The starter comes from Palawan honey and has been going for some time. The bread is part of many dishes on the menu, but is also available for delivery in the Rockwell area.

The fourth dimension of the café, which might well be its ace in the hand, is easy access to Ginny’s cakes. If you’ve felt that Sugarhouse isn’t what it used to be, it’s because Ginny has been doing her baking elsewhere. Her last location at BGC was a choice between exorbitant parking rates or playing Russian roulette with the roving extortionists known as traffic marshals.

The Casablanca, the pistachio sans rival, the lychee cheesecake live on, and are the perfect thing to cap the meal.

It’s been a long time since the Rockwell area had a place that wasn’t excessively stylized or concept-based, and Tilde is as down-home and relaxed as it gets. The food may sound ordinary—it isn’t rococo or adorned with exotic ingredients—but it’s well thought out, balanced and honest.

It’s a restaurateur’s restaurant, with a wink here, a nod there and a hat tip to the air. And for those who want something other than Rockwell basement food, you might try driving two minutes around the corner and checking out this restaurant in an up-and-coming area.