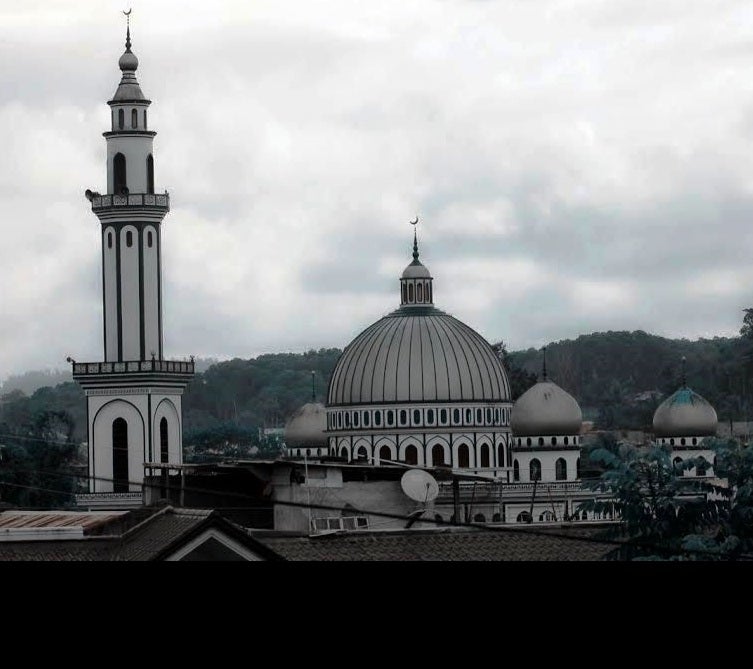 Its name was derived from rawi, or recline, a reference to the underwater weeds that stretched downstream on the Agus River.

In the 14th century, Shariff Muhammed Kabungsuwan, an Arab-Malay from Johore, Malaysia, introduced Islam to communities in the Lake Lanao region, which included Marawi. From the 17th to the 19th centuries, the Spaniards invaded Marawi, but didn’t succeed in fully occupying it.

The city was finally captured by the Spaniards at the turn of the 20th century; later, it was controlled by the Americans. But even as people from different backgrounds started migrating to the city, 92 percent of its population remains Muslim.

“Marawi City is blessed with good weather, a rich culture, exquisite Maranao cuisine. The Maranao hospitality is palpable. The city sits on high ground, so it is cool all year round. Its pleasant climate makes it the summer capital of the ARMM (Autonomous Region in Muslim Mindanao),” said newly elected Mayor Majul Gandamra.

Guests are welcomed by the colorful, okir-patterned KM 0.000 Marker on Datu Akader, the original reference point of all roads in Mindanao.

The best place to feel Maranao culture is at the marketplace, Padian in Banggolo district. Fresh produce, fried and skewered fish, stalls of hijabs, vibrant colored malongs and ethnic fabrics, brassware, toys, cell phone covers, fancy umbrellas and just about everything can be had at a bargain price. Note how Maranao vendors wear their traditional clothing with pride.

In the residential areas, the authentic torogan, houses of the well-to-do Maranaos in the city, lend a sense of character. They are imbued with bright and sinuous okir patterns, panolong or carved beams of the naga or serpent pattern. Malongs serve as curtains draped from the rafters.

Perched on grounds 2,800 feet above sea level, the flagship campus of the Mindanao State University, the largest in the MSU system, is a must-see destination. The entrance of the campus is framed by two towers with domed caps.  Inspired by the torogan, the school buildings have adopted the high gable roof, the flaring eaves, the stilts and linear patterns for embellishment.

Lush with winding pathways, shaded areas, sprawling fields and tropical foliage, the campus grounds overlook the placid Lake Lanao, one of the oldest bodies of water in the world. On certain mornings, the lake is shrouded in  mist, lending a mystical yet romantic air.

The Aga Khan Museum of Islamic Arts stands out for its white façade amid the patterned buildings. It contains the country’s largest collection of Muslim artifacts from various ethnic groups in the South and other historical material.

A highlight of the campus tour is the doll collection created by Dr. Sainuddin Malawani Moti. His company, D-Doll Enterprise, produces Barbie and Ken-like dolls that represent characters from “Darangen,” the Maranao epic on the adventures of its mythical heroes. The clothing and accessories of the dolls are painstakingly embroidered and encrusted with beadwork to lend authenticity.

For comfortable accommodations,  Marawi Resort Hotel, (sometimes referred to as the Ayala Resort) has been ranked No. 1 by TripAdvisor. Located in the MSU campus, the building reflects torogan architecture with its cross-ventilation, stilts and use of natural materials.

Marawi food is similar to Malay cuisine—rich with coconut milk, fresh turmeric and spices. Laced with yellow ginger, olive oil and laurel leaves, the Maranao rice is best enjoyed with palapa, a meat dish with caramelized shallots, ginger and red chili, and beef rendang with coconut milk and spices.

End your day tour of the city on a spiritual note. The Mindanao Islamic Center Mosque stands out for its stately turret and courtyard where people pray fervently.

It’s a contrast to the violent image of the city. It’s an image Gandamra is working to change, starting with good governance and well-maintained surroundings.