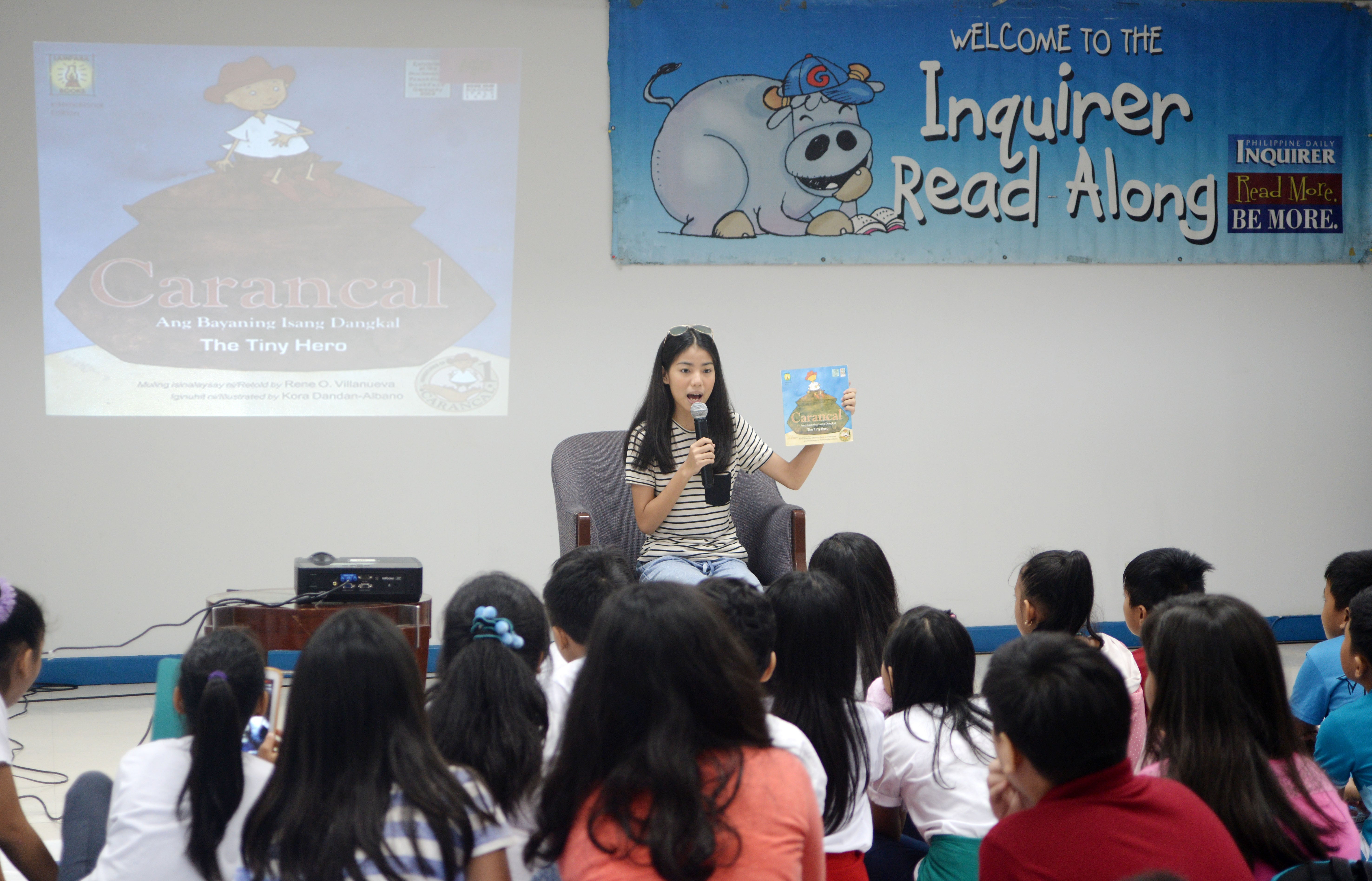 Nothing should stop you from helping your country.

For young actress Therese Malvar, being young is no obstacle to contributing to nation building. “All the stories read today had a unifying message: that even if you are young, you can still be a modern-day hero. Nothing should stop you from helping your country,” she said.

“No dream is too small. All your dreams, if you really want to reach them, then don’t be afraid to go for it. Don’t lower your standard and compare yourself to others,” she added.

Malvar, who recently won the Silver St. George Award for best actress at the 38th Moscow International Film Festival and the Screen International’s Rising Star Award at the New York Asian Film Festival for her role in the award-winning independent film “Hamog,” kicked off the session with the story “Carancal: Ang Bayaning Isang Dangkal,” a story by Rene Villanueva about a small boy who outsmarted a giant and helped free an entire town.

“During the session, a child said a hero is someone who is willing to wholeheartedly help others without waiting for anything in return. I agree with him that this is the essence of being a hero,” she added.

Malvar, who is set to appear in GMA 7’s new show “Oh My Mama,” shared that because of the characters she played before, she has gained a deeper understanding of the different issues of our country.

“The independent films tackle issues that are not often voiced out in the [mainstream] media like child labor, child abuse and human trafficking. I learn many things [because of my work].”

Malvar also shared that her personal role model and hero is the youngest-ever Nobel Prize winner Malala Yousafzai from Pakistan and left an advice to children her age to have confidence in their own talents.

“As a kid, as a teen who is still in the growing stage, it’s important to be believe in yourself and be confident of who you are,” she added.