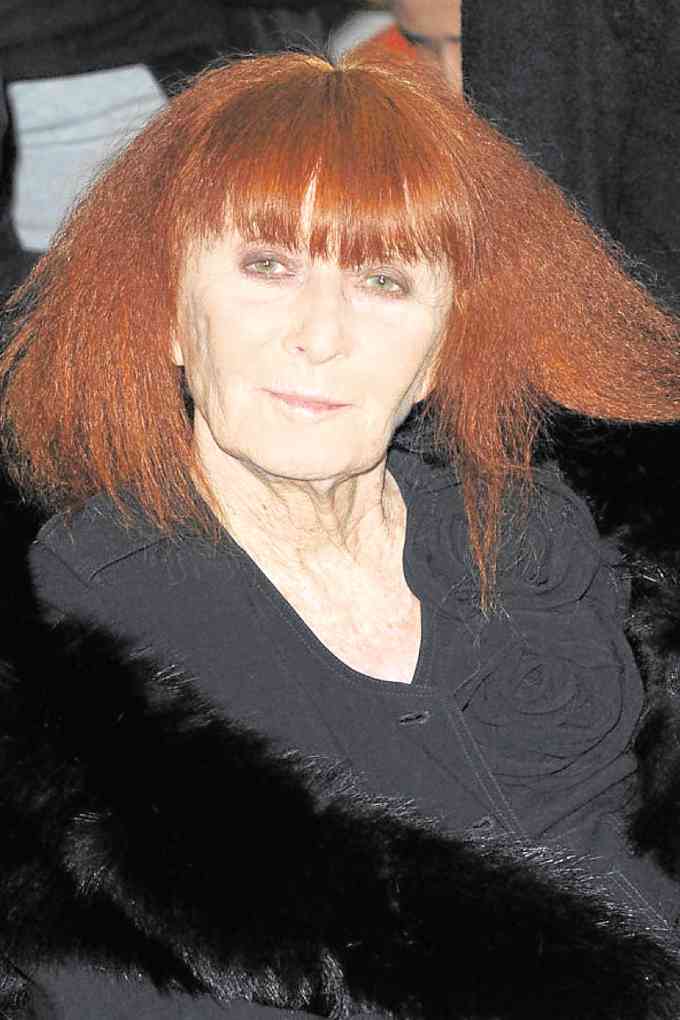 Sonia Rykiel, the iconic French fashion designer dubbed as the “queen of knitwear,” has died Thursday in Paris, after a long-time battle with Parkinson’s disease. She was 86.

Known for her liberated fashion style, Rykiel is synonymous with the relaxed, shrunken striped knit pullover, or “poor boy sweater,” that she created in the early 1960s, to allow women freedom of movement—a departure from the stiff and restrictive designs of women’s clothing before that period. Thus, she was often likened to Coco Chanel, another radical who broke fashion norms.

The frizzy flame-haired Rykiel had no formal training in fashion, and was known throughout her career for eschewing rules, a rebel in an industry that often churns out fantastical, impractical and frivolous clothing. She made clothes that she deemed realistic, designed for working women like her.

Rykiel started her career by accident, by creating maternity clothes during her second pregnancy, because what was out there she found to be “abominable.” She wanted to show off her burgeoning belly.

Her then husband, Sam Rykiel, was a boutique owner in Paris’ 14th arrondissement. They divorced after two children together, and before she set up her own shop in 1968, in Paris’ Left Bank, alongside the likes of Yves Saint Laurent, helping establish what is still known today as the French capital’s edgy fashion depot.

When Elle magazine put Rykiel’s poor boy sweater on its cover, stars like Audrey Hepburn and Catherine Deneuve became instant fans. Her designs were deemed both flattering and practical. She made reversible garments and clothing that could be worn inside-out. She was also the first designer to splash words on her knitwear. On her runways, she encouraged her models to act natural, like they were having fun.

In 2010, fast-fashion giant H&M collaborated with the Sonia Rykiel brand to reissue some of the designer’s most iconic looks,

including versions of the poor boy sweater.

Sonia Rykiel is a global brand with hundreds of retail outlets worldwide. Its namesake founder retired in 2009. Her daughter Nathalie is the company’s president and artistic director. A Hong Kong company owns a majority stake in the brand. Cheche V. Moral