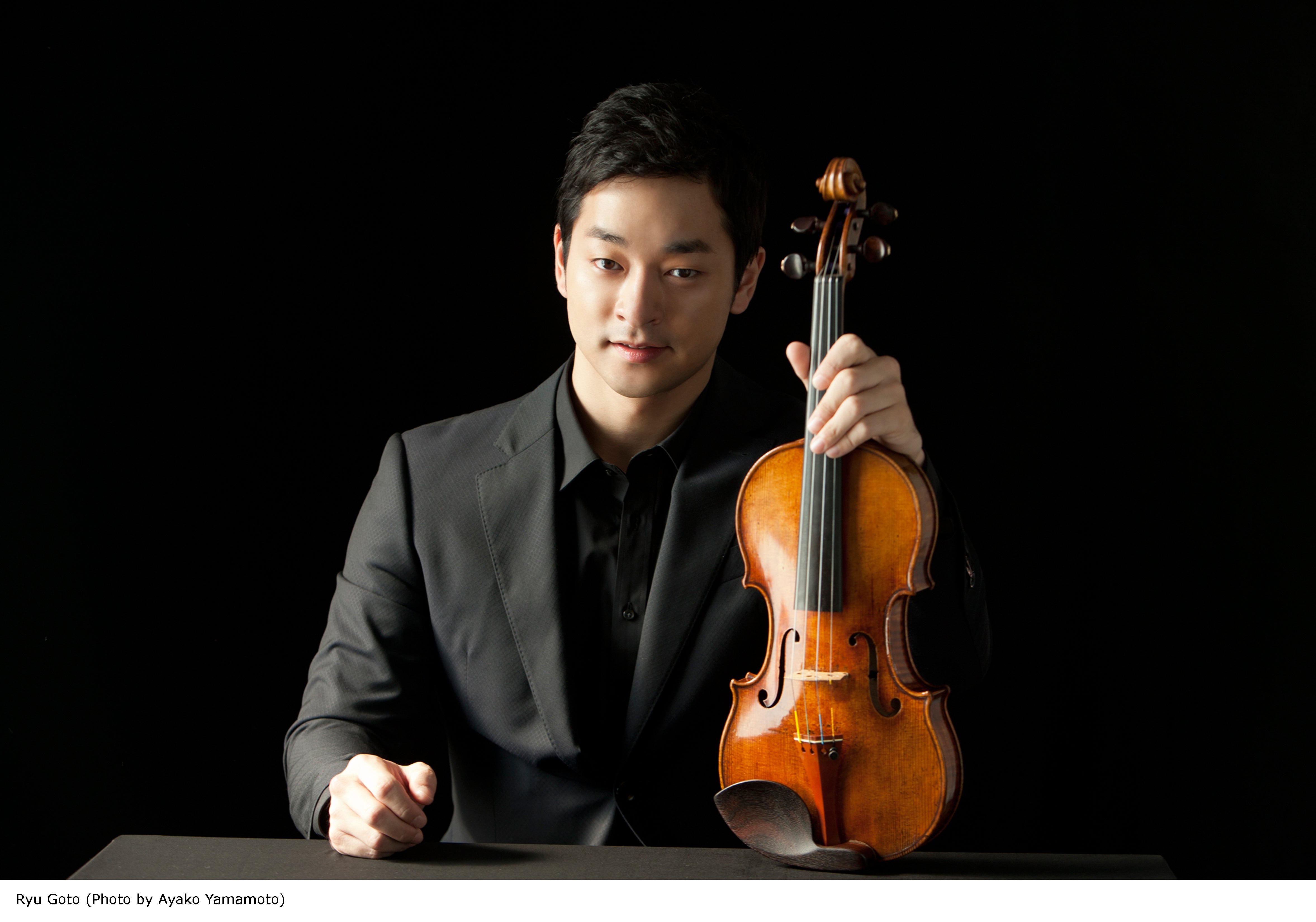 Japanese violinist Ryu Goto is the guest performer in the opening season concert of the Philippine Philharmonic Orchestra under the baton of its new Music Director, Japanese conductor Yoshikazu Fukumura on September 9 at the Cultural Center of the Philippines’ Tanghalang Nicanor Abelardo (CCP Main Theater) at 8 pm.

Ryu Goto has established himself as a significant voice in classical music, with a large and growing public in Asia, North America and Europe. Ryu’s career began at age seven when he made his debut at the Pacific Music Festival in Sapporo, Japan, playing Paganini’s Violin Concerto No.1.

Efforts include the “Ryu Goto Excellence In Music Initiative Scholarship” with the NYC Department of Education, as well as collaborations with institutions like the Juilliard School and the Harvard Bach Society Orchestra.

He does extensive musical outreach and cultural exchange in developing countries in Latin America, Southeast Asia and Africa.

Ryu’s features in media are numerous including his own documentary “Ryu Goto’s Odyssey”, a chronicle of his career and personal life from 1996-2006. He is endorsed by airweave and also serves as spokesperson for the East Japan Railway Company with regular coverage on TV, radio and in print.

In October 2015, he appeared as the host of a weekly television classical music program entitled “Untitled Concert” that was listed in Guinness World Records as “the longest-running TV program for classical music”.

In May 2011, he graduated from Harvard University with a BA in Physics and is currently studying the violin with Prof. Ana Chumachenco. He is a member of US-Japan Council, and has accepted an award from the Japanese American Bar Association as a Japanese-American leader.

He holds a 3rd degree black belt from the Japan Karate Association. He performs on the Stradivarius 1722 violin “Jupiter” on loan to him from Nippon Music Foundation.