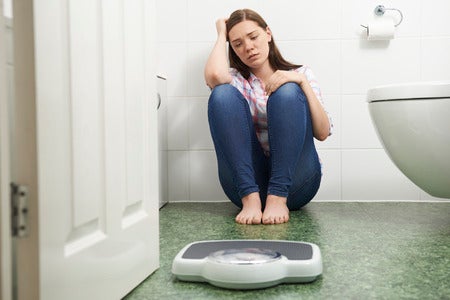 Eating disorders rising among the young in Singapore

Most people in Singapore enjoy their food but for a growing number of people afflicted with an eating disorder — some as young as nine — eating has become the bane of their lives.

The Singapore General Hospital (SGH) Eating Disorders Program, the national center for treating such illnesses, saw 170 new patients last year. This was quadruple the 40 patients when the program started in 2003 and about 42 per cent more than the 120 new patients in 2010. Up to three in four patients are under 21.

Dr. Alakananda Gudi, an associate consultant psychiatrist at SGH, said: “Our clinics are booked up all the time but I feel we are just seeing the tip of the iceberg.”

Over at the KK Women’s and Children’s Hospital (KKH), the number of children and teenagers – from as young as nine or 10 years old – with an eating disorder has increased by an average of 10 per cent a year since 2008 when such patients were treated there. Last year, the hospital saw 65 new cases.

Dr. Lee Ee Lian, a psychiatrist at the Better Life Clinic who specializes in treating eating disorders, saw 110 patients last year, up from 90 in 2014. Dr. Lee went into private practice in 2013, and more than half of her patients with eating disorders are teens.

Doctors interviewed say the social media has a part to play in fueling the ever-growing desire to be thin, especially among the young.

Youth share pictures of themselves endlessly. There is a lot of body-praising and body-shaming online. Then there is also the incessant chatter on looks and trends.

What can make things worse are viral online fads such as the A4 waist challenge, where women in China compete to see if their waists are smaller than the width of an A4 sheet of paper, or the craze to achieve a “thigh gap” – a gap between the inner thighs when one’s legs are pressed together.

With the growing emphasis on healthy eating, some children perceive being fat as more of a social stigma these days, said Dr. Celine Wong, a consultant at the Psychological Medicine Department at the National University Hospital.

She said: “They associate being overweight or obese as being less attractive, less diligent and less likeable. Coupled with a low self-esteem, a negative body image and bullying in school, some adolescents fall into the trap of developing eating disorders.”

The three most common eating disorders doctors see are anorexia nervosa, bulimia nervosa and binge eating disorder. People suffering from anorexia starve themselves as they are intensely fearful of becoming fat, while those with bulimia binge eat before purging what they have eaten through self-induced vomiting or laxatives.

The youngest patient Dr. Ken Ung, a psychiatrist at the Adam Road Medical Centre, has seen is about nine. The girl, who is in the healthy weight range, felt she could do better in gymnastics if she was thinner. So she started eating less and less, and only boiled vegetables at one point. She suffered from anorexia, and was so underweight that she had to be hospitalized.

But most patients that the doctors see are teenagers, as puberty is a time when they put on weight. It is also a challenging period when teens struggle with school, peer pressure and finding their identity.

Girls are among the most afflicted. Doctors interviewed say less than 10 per cent of their patients are male.

As Dr. Wong described it: “Girls are under constant pressure to fit a certain ideal of beauty. More and more, girls feel the pressure to have a perfect body as they are exposed to widespread media images of those with perfectly thin bodies.”

Eating disorders are serious illnesses and about one in three patients the SGH doctors see are so ill that they have to be hospitalized.

Doctors say those suffering from anorexia have the highest mortality rate among all psychiatric conditions. They could be so malnourished that their hearts may stop suddenly or their kidneys could fail. Or they could be so depressed, they could take their own lives.

Some doctors interviewed have had anorexic patients who have died from medical complications or suicide.

Worldwide, studies have found that between 5 per cent and 20 per cent of those with anorexia that is not treated may die, Dr. Gudi said.

She added: “As long as society keeps focusing on looks and the body, this problem will get worse. We have to shift the teens’ focus away from their bodies.”/rga

A little wellness wisdom can go a long way

Loving your body is the real secret to weight loss