Writing, like youth, is never wasted on the young | Inquirer Lifestyle ❮ ❯ 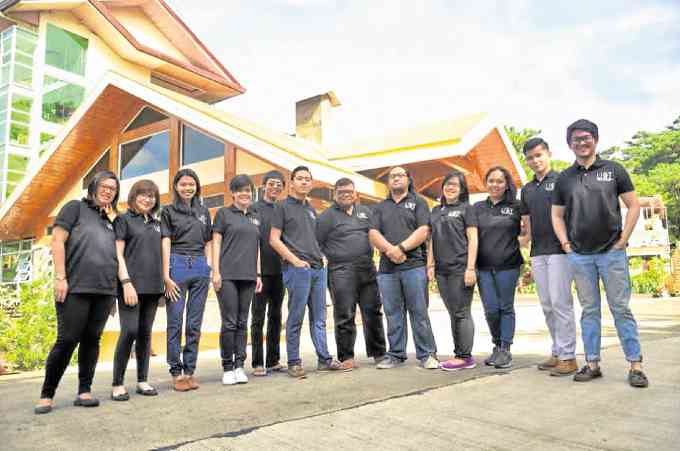 Writing, like youth, is never wasted on the young

I’VE NEVER thought of myself as anything but young, especially when it came to writing. While I’m already in my mid-thirties, I’m just starting out compared to other writers my age, many of whom have already come out with a book or two. But this personal delusion was pleasantly shattered during the recently concluded UST National Writers Workshop held July 24-30 at Ridgewood Residence Hotel in Baguio City.

I was lucky enough to be among the 12 writers chosen as fellows for the annual workshop organized by the University of Santo Tomas Center for Creative Writing and Literary Studies (UST CCWLS). My co-fellows were Maria Tanya Cruz for fiction in English; Maria Nikka Policarpio and Eric John Villena for fiction in Filipino; Paul Jerusalem and Timothy Ong for poetry in English; Jasper Emmanuel Arcalas and Andrea Albaña for poetry in Filipino; John Patrick Allanegui and Jennie Arado for creative nonfiction in English; and Giselle Dela Cruz and Rhea Gulin for creative nonfiction in Filipino.

I was markedly the oldest in age and experience in the group, and this became apparent during the workshop’s opening program, when we were asked to introduce ourselves formally to the panelists and our co-fellows. Several of my co-fellows started off by jokingly admitting that they were “unemployed at the moment,” which began an amusing game of who among the fellows was employed and who was not employed, which to someone like my age isn’t something you joke about.

UST CCWLS director Cristina Pantoja-Hidalgo, sensing the youthful and perhaps chaotic, energy of the workshop fellows, was quick to remind everyone of the serious work we had ahead of us. She also reminded us of the importance of upholding standards, both in writing and life.

And that standard was something the teaching panel demanded of the fellows and their works during the six-day-long workshop.

The teaching panel from UST were joined by several guests this year. UP professor and critic U. Z. Eliserio, esteemed poet and translator Marne Kilates, and distinguished poet/scholar/critic and Philippine High School for the Arts director V.E. Carmelo Nadera Jr., a former editor in chief of the UST student publication The Varsitarian, and former director of UP Institute of Creative Writing, were also part of the panel.

The panelists’ insightful and sometimes necessarily blunt assessment of the fellows’ writing were always mindful of the rawness from which the fellows lived and wrote. For example, Delos Reyes, or Sir Jowie as we came to know him, always reminded us of the need to write for an audience, especially when he came across work that seemed inaccessible to general readers.

Nadera likewise reminded and challenged us to get closer to our personal and national roots.

And the writing lessons weren’t confined to Ridgewood Residence, as some of the members of the teaching panel even took part in a daylong Creative and Critical Writing Outreach Seminar, organized with the help of the University of the Cordilleras, on July 27.

The fellows’ youthful exuberance was most keenly felt during the Poetry Slam Night at Mt. Cloud Bookshop. An annual event organized by the Baguio Writers Guild (BWG), the Poetry Slam pits Baguio’s best performance poets against those of workshop fellows visiting the City of Pines.

While the Poetry Slam has been going on for a number of years now, this was the first year that the fellows of the UST National Writers Workshop were challenged by the BWG.

The fellows joined the slam ready to do battle. Ultimately, one of our co-fellows, young poet Jasper Arcalas, wowed the packed crowd for all three rounds of the competition, bagging the first prize, while co-fellows Nikka Policarpio and Giselle de la Cruz, were third place and runner-up, respectively.

The youthful enthusiasm of the fellows sustained everyone for the grueling week of workshops overseen by professors Galán and Pascual, who were this year’s workshop director and coordinator. By the last day of the workshop, there was a clear kinship amongst the fellows and the panelists, which paid off during the closing program where we “awarded” the panelists for their hard work and effort critiquing our works.

So much has been said about millennials and their bad work ethic and short attention span. But while my co-fellows might biologically be part of that generation, their energy and enthusiasm for the written word makes them kindred spirits. In spending time with them, in seeing them giddy at the sight of a teaching panelist who they only read before, in hearing them talk about this poem and that poem, I’ve come to know the bright, shining future of Philippine literature. I hope that they don’t let go of the fire that they’ve found inside themselves. And that workshop that has our fires ablaze continues for a long time.