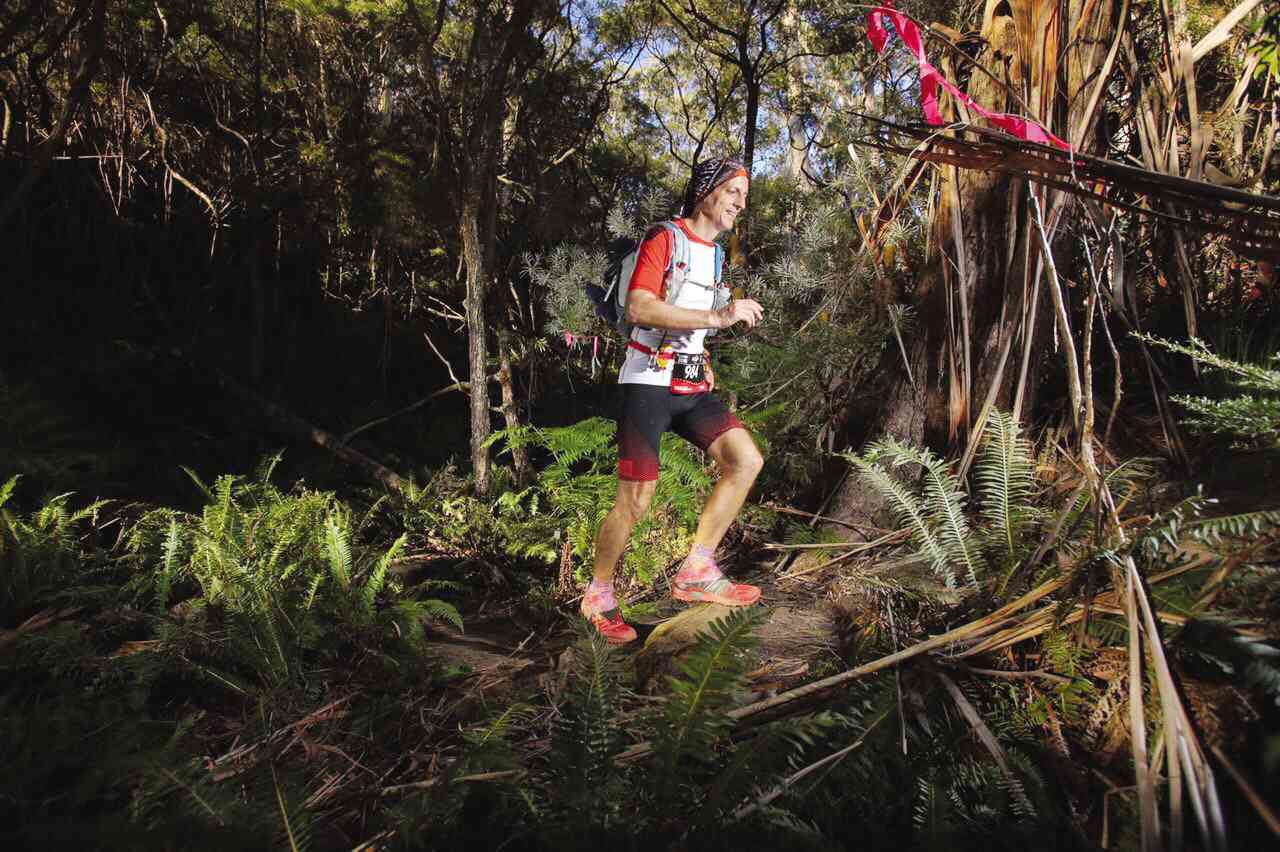 OFF-ROAD running challenges Harald as he battles against the terrain and the environment.

While marathoners thrive on upping their pace per kilometer, trail runner Harald Feurstein gets his high from pounding down a hill and cruising on rough terrain.

Between pre-opening duties at Conrad Manila, the Austrian general manager de-stressed in Ultra Trail Australia at the scenic Blue Mountains National Park. He finished the premier 100-km running event in 27 hours; the cut-off time was 30 hours.

Adrenalin—plus the trail’s challenges, such as dodging branches and steering away from rocks and tree roots—kept Harald alert.

“You can’t compare trail running with a 42-km marathon on a flat surface,” he said. “Every trail run has a different terrain. For one race, 19 hours is good; for another it’s not. The climate has influences. In Australia, it was easier to run with a temperature of 20ºC. It was beautiful.”

Trail running is an off-road event that burns more calories, as it challenges the runner’s balance and strength on uneven surfaces. It requires specialized shoes that have more grip on muddy surfaces and cushioning for rough ground. The runner gets messy and clothes can get ripped. But the trail run also offers the splendor of nature and a sense of unpredictability a city race does not have.

“In a marathon, all you see are street lights. If you do that for several hours, it gets boring.  Every meter in a trail run is different. You need to concentrate on steps as you soak up the environment. Sometimes a cow is chasing you. Or people come out of their houses to cheer,” he said.

“It was steeper, and we were running in the extreme heat of 45ºC. There were torrential rains at night in the jungle.   Some races take time,” he said.

To the uninitiated, watching runners subject themselves to long hours under extreme weather conditions and undulating  surfaces may seem crazy.

“In a twisted way, I enjoy it. That’s the variety of trail runs. We come prepared with our raincoats, torch lights, maps and compass. Navigating is part of the fun,” he said.

Feurstein has always been active in outdoor sports. When he first came to the Philippines to manage the former Hilton Cebu Resort and Spa, he took up scuba diving. In Hilton Pattaya, he would run for five kilometers before work and eventually joined races of longer distances.

“My legs felt sore at first, but I felt a sense of achievement. I challenged myself with longer races until I did the full marathon.”

While working at Conrad Bangkok, he worked out at the city parks and would go out of town to explore hills and mountains on weekends.

“Most people think vacation is lying on a beach. I can’t sit and do nothing. I need to be active,” he said.

The transfer to the Philippines was fortuitous. He and his wife initially lived in a condominium in the Manila Bay Area before they moved to the hotel. His daily routine was to run down the bayside, Intramuros, SM Mall of Asia and Luneta.

“That’s what I like about living here,” he says. “I couldn’t live in Makati or the Fort. I need to be where I can run—and here I am at the bay.”

Trail running got him to see the Philippines in all its beauty.

“I’ve been to Cayapa,” he said—and Filipinos always ask, “Where is that?”

“That’s the usual reaction. Cayapa is in Nueva Vizcaya. It’s a small town with a Spanish trail. It’s 70 km further from Baguio.”

Feurstein gets his leads from the local running community. He enjoys the mountains in Tanay and has gone to Cavite through Maragondon, Talisay, around the Taal Volcano, and the beautiful trails going to Pico de Loro mountains and the seaside of Nasugbu, Batangas.

He enjoys the solitude as much as the chance to recharge. “You start out as a group. You could be 300 people, but as you go along, you’re on your own. I like that. Running time is ‘me’ time. I get to switch off. That’s how I relax.”