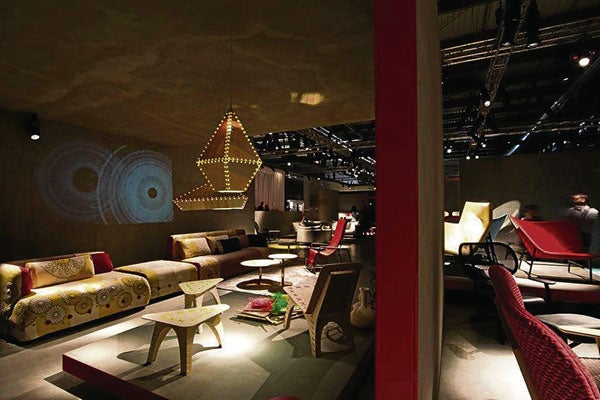 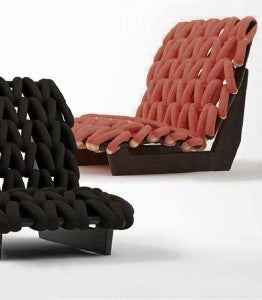 OFFICIALLY, SHE is the sales director of Moroso Asia Pte Ltd, but in a personal capacity, Stella Chua can’t help but feel like a mother to the ultra-modern chairs, tables and sofas that bear the surname of Italian couple Augusto and Diana Moroso and their close to 60-year-old furniture company.

Singling out a favorite piece in the impressive collection housed at the Manila flagship store on the corners of ADB Avenue and Garnet Road, Ortigas, is, thus, a challenge.

“It is very hard to choose which child is my favorite,” she explains, laughing.

Still, when pressed to pick one, Chua, a Singaporean, points to “Smock,” a chair that clearly matches her quiet style and sophistication. A creation of the Spanish designer Patricia Urquiola, the round swivel seat, said to resemble a wine glass when viewed from a distance, is a hybrid—that is, a blend of industrial and traditional furniture making.

Once the chair’s frame is assembled by machines, a woman takes over and sews, by hand, the delicate smocking details on the leather upholstery. The process takes all of four days, but it’s worth the wait.

Akin to a designer handbag, the iconic “Smock” is Chua’s choice for many reasons. 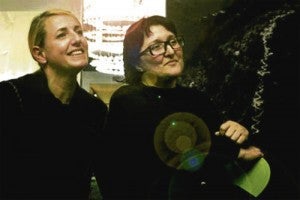 “It represents an important peak in machine design,” she says. “There is also a lot of freedom of expression that goes into it. And, of course, the comfort. When you sit down in a piece that is so well made, it gives you a different type of satisfaction.”
Innovative yet timeless designs, superior craftsmanship and an undeniable “wow” factor explain Moroso’s staying power, not only as a premier Italian furniture company, but as a highly anticipated exhibitor of the annual Salone Internazionale de Mobile, the largest and most significant furnishing and design trade fair in the world.

Like the 48 exhibitions before it, Moroso maintained a coveted spot in the 2011 staging of the week-long event, drawing countless visitors into its exclusive pavilion, a 1,000-square-meter space designed no less by Urquiola.

Evoking an intimate setting, the area featured the latest collection on platforms of varying heights, an effect that achieves a sense of movement. Videos projected onto the inner wall, meanwhile, further enhanced the display area, which aimed to strike a balance between real and virtual.

Standing out amid a sea of 2,500 furniture makers, Moroso once again outshone its peers with 15 new armchairs and sofas-prototypes (the items, says Chua, will undergo more fine-tuning before they’re ready to be sold). 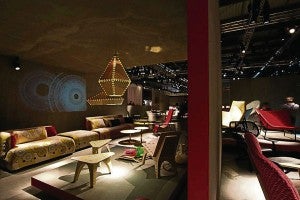 As expected, Urquiola, or as as Chua calls her, “the goddess with the Midas touch,” earned rave reviews for her creations.

Her “Gentry,” a streamlined sofa with a hint of distortion, offers a different drama when upholstered in leather, brocade or a quilted fabric.

Her “Biknit,” meanwhile, employs large stockings woven together on a low and spacious wooden lounge chair that is suitable for both indoor and outdoor use.

Interestingly, Urquiola, as well as Israeli industrial designer Ron Arad, Japanese designer Tojukin Yoshioka, Netherlands industrial and furniture designer Tord Boontje, and others in the the Moroso stable of designers, are encouraged to follow their hearts rather than a general direction every time they’re tasked to produce new pieces for the Salon de Mobile.

“She doesn’t give anyone strict guidelines,” says Chua of Patrizia Moroso, the founders’ daughter and company’s creative director. “Creativity and design do not co-exist with restrictions. She gives them a lot of freedom.”

“Good seats are Moroso’s rice bowl, they are our life skill. We do seats best,” declares Chua. “Our customers deserve the best quality their money can buy. It is very easy to produce a chair or sofa that does its job. What we like to do is be steps ahead, to come up with something that will make you say, ‘Oh my God, this is my dream home. This is my dream chair.’”

Apparently, Italians know a dream chair when they sit on one. Moroso has maintained its biggest clientele in its country of origin, never having to venture beyond its shores to improve its profits. But with its steady growth in the last 15 years, it was only natural to expand. In Europe, France and Germany are its main export markets, while the United States, which it penetrated five years ago, is a challenging but exciting market nonetheless.

Asia welcomed Moroso three years ago, and its first and most important flagship store is in Manila. (A store in Singapore opens in June, and another opens in Kuala Lumpur in July.) For Filipinos, that fact is both an honor and a surprise, given richer and more cosmopolitan countries in the region.

“Looking for partners was not only based on dollars and cents,” she explains. “Joseph and Stephanie not only fulfilled all our requirements, they’re a very young and dynamic couple, and that makes them very open and universal, very much like Moroso.”

Stephanie first came upon the Italian furniture brand during her studies in Europe and the United States. She encountered Moroso again through her mother Elena, who used the Italian-made pieces to decorate the homes in her buy-and-sell business.

Despite no experience selling furniture (Joseph’s family is in animal feeds, while Stephanie is involved in the finance aspect of her family’s insurance company), the couple jumped at the chance to bring Moroso to Manila, a decision that proved beneficial to the Tays as well as their niche clientele.

“The Philippines is not a typical Asian market for us,” notes Chua. “It’s very much at par with Europeans’ tastes.”

As such, the bestsellers are those that are “elegant yet different,” says Joseph. Dutch designer Edward Van Vliet’s “Sushi,” a sofa set upholstered with a fabric bearing playful patterns and koi, is one example of an unconventional yet attractive item that appeals to Pinoys’ design sensibilities.

Pinoys are also discriminating to the point that they take as many as five visits to the store before they fully commit. The Tays have also had their share of “quirky” buyers. One wanted to buy the “Sushi”—on the condition they tweak the fabric according to his desired specifications.

“It was very tasteful, but it was still not standard,” explains Joseph.

Moroso obliged by consulting with Van Vliet himself. The designer approved the modifications and the sale was made.

The Tays also know of at least two hardcore furniture collectors who would come to the store and pick out nothing but chairs to add to their already impressive line. Admittedly, it can be a headache for the couple, but a good one to have: while money isn’t an issue for these buyers, Joseph and Stephanie have had to break up living and dining sets to accommodate a client.

“Suddenly, a six-seater becomes a five-seater and I’d have to order one to replace it,” Joseph says with a laugh.

If anything, it’s a sure sign of Moroso’s magic at work—producing furniture that instantly heightens a home’s ambiance.

“We make things that come from the heart,” says Chua. “People need passion in their lives and I think we’re still one of those out there who are still trying to paint a dream.”