Can your child be the next Olympic champ? | Inquirer Lifestyle 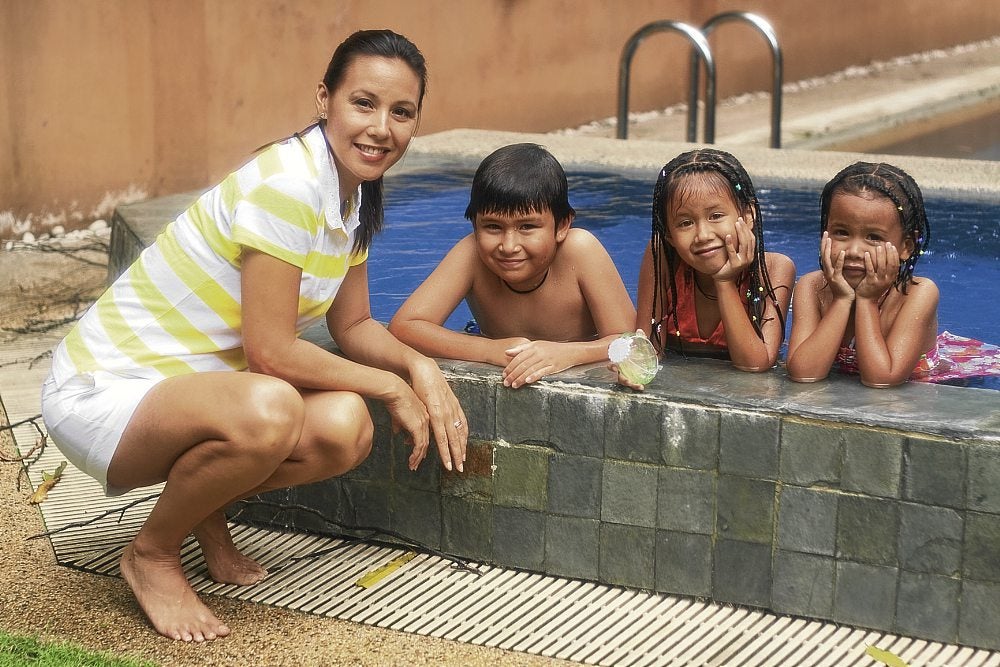 Can your child be the next Olympic champ? 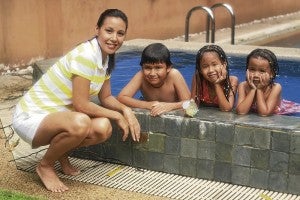 How much influence does a parent have on a child’s athletic life?

As I sat on the edge of my seat, watching Manny Pacquiao slug it out with Juan Manuel Marquez, I suddenly had a thought. What if Manny had decided, many years ago, to hang up his gloves and go to work instead, wherever he could find it?

We all know his rags to riches story, and it would not be difficult to picture a scene with Nanay Dionisia telling a then teenage Manny to quit fooling around with his boxing gigs and to get a job to help the family. Whether this happened or not, I do not know. What can be confirmed is that, at the age of 14, due to poverty, Manny left GenSan to try his luck in Manila. Two years later, he began his boxing career and the rest, as they say, is history.

But for the sake of argument, let’s just say that Mommy D did try to talk Manny out of boxing. Would it have worked? How much influence does a parent have on a child’s athletic life?

A lot, if we are to base it on the experiences of some of the best athletes we have. SEA Games medallist and Olympic swimmer-turned-super mom and host Christine Jacob-Sandejas, has this to say about how she developed her passion for swimming:

“My father (Roger Jacob) loved the outdoors, especially the sea, and he wanted us to learn how to swim. Lucky for us, the Polo Club had an active swim program, so we started to join swim meets which led me to swimming in the Olympics.”

But her parents did not stop at simply introducing her to the sport. They “were always there during my swim meets or my brothers’ tennis and soccer matches,” she shares.

Today, as a mother to five beautiful children, Christine and her husband Paco try to “expose our kids to as many sports as possible so that they, too, can find one that they are passionate about.”

While Christine makes sure that all of her brood can swim well, it is primarily for the sake of safety. None of her kids have developed the passion for swimming, but she still has two small children who might just surprise her. At the end of the day, whether they choose swimming or any other sport, it doesn’t matter. Christine will be there to support her kids’  choices.

Soon, his school’s basketball varsity team came calling. I assumed the team’s invitation merited an instant “Yes!”—but initially, his mom, Lianne Tiu, was hesitant to let him join. She was worried that the training sessions and tournaments would interfere with his academic performance.

While we credit Chris for his hard work and determination, he credits his parents for making it all happen for him by helping him balance everything and supporting his passion. He recounts how, after he began playing for the Xavier school team in grade 4, “both parents almost never missed watching a game of mine. They would see to it that there is a driver to bring me and pick me up from training sessions. They would always make sure that I had everything I needed to play basketball.

“My mom would even cut, collect and compile all newspaper/magazine articles written about me. She would record and file all my televised games. Even up to today, my parents go the extra mile to travel and watch my games live when we have tournaments abroad with the national team.”

I am currently sitting in the bleachers, alternately watching my daughter in her swim class while typing away and dreaming of medals and trophies hanging on her bedroom wall. Of course, this is assuming she takes after her father, and not me.

As a child, I was also made to join every summer clinic for swimming, tennis and golf, but sports and I never really got along, to say the least. Hopefully, my husband’s athletic genes will kick my lazy genes out of our children’s genetic makeup.

After all, that’s what he did best in his athletic days. Call me biased, but yes, my favorite athlete of all time is my husband, Miguel. It did not surprise me at all to learn that it was my father-in-law, Joe Zubiri, who first encouraged Migs to get into sports and competition by enrolling him in taekwondo.

“Dad is a cowboy, through and through,” says Miguel. “Plus, he was also an athlete in his youth, playing for De La Salle University’s basketball team and a major part in the university’s back-to-back collegiate championships in the mid-’50s and later on, in the first-ever professional league with Ysmael Steel. That’s why he likes his sons and grandsons a little on the rough side.

“When I was about nine years old, he decided it was time for me to learn some discipline though sports. That was basically it—no expectations or pressure for an athletic career of any sort, although he was kind of frustrated that none of his kids took up basketball.”

Neither one expected that taekwondo would open the eyes of the young boy to the world of martial arts. After earning his black belt, Migs moved on to Mixed Martial Arts of Bakbakan International under the tutelage of Master Topher Ricketts, before discovering arnis and becoming a two-time national champion, and eventually, World Champion in 1989.

When Migs’ parents saw their son’s interest in martial arts growing, they immediately threw their full support behind him. They attended matches whenever they could and supported his training sessions.

Would he have stopped his martial arts classes had his parents asked him to? “Of course. I was so young back then so if my dad chose to put his foot down—I wouldn’t have been able to do anything.

“The thing with sports is that you have to start at a young age because you need the advantage of youth, time and energy in order to become really good at it. If my parents had said no, and I waited until I was older and more independent to pursue Arnis, I doubt if I would have been able to win any  championship awards.”

By now, the answer to my question on parents and sports is more than obvious, but my new question is—is it worth it? It would be fantastic if the young athlete you are supporting turns out to be the next SEA Games gymnastics medallist (two gold, three silver), Olympic taekwondo medallist and wushu practitioner, Bea Lucero-Lhuillier. But what if she just turns out to be, well, like nobody?

Then what about the thousands of pesos you will have inevitably spent and invested in your child’s classes and equipment, not to mention gas and travel expenses?

Not even non-athletes like myself can contest the fact that the values, discipline and lessons sports offer are truly priceless. “Sports prepares children to face the real world by instilling the essential values such as teamwork, discipline and courage. It teaches them to be competitive, to obey rules and to overcome adversities fairly, among others,” says Chris Tiu.

“Winning awards and medals is secondary,” Migs says. “I want my children to pursue athletic activities because I think it is the best way to learn discipline, both emotional and physical. Sports teaches you to stay healthy, manage your time, and keep away from vices and other unhealthy or unproductive habits. But if the kids win a medal or two, well, we won’t throw those away, will we buddy?” he asks our son while ruffling his hair.

And with regards to the expenses, athlete or not, I am sure most moms know  what can be sacrificed for the extra classes and where to draw the line. Conversely, a mother also knows when things just can’t be stretched any further, and an athletic budget has to be replaced by creativity and resourcefulness. Couple that with prayers that, just like our world-class Philippine Dragon Boat Team, support or no support, they’ll manage to find their way to the gold.