Not quite a comeback story: How I survived online bullying | Lifestyle.INQ ❮ ❯ 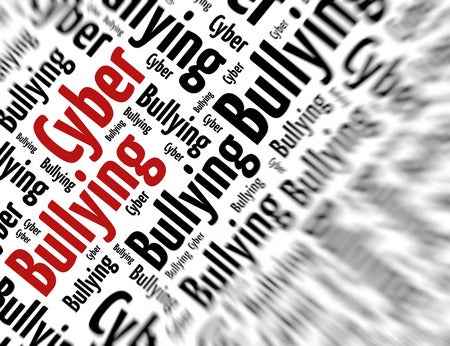 Not quite a comeback story: How I survived online bullying

One afternoon toward  the end of 2011, I answered the door to receive a FedEx package that arrived overnight from Los Angeles.  The name belonged to someone I had  known a long time ago.

I opened the envelope, and an inexpensive Hallmark card fell out.    “I’m sorry” was emblazoned on its cover.

Inside was a handwritten message.  “I’m sorry. We went too far. You didn’t deserve all of that.”

The FedEx was from someone who was more than just an old friend.  Three years before, that old friend had tried to destroy my reputation and my life.

I was in the car, having just arrived from Singapore. I was in the midst of a huge personal project.   A good friend, a tycoon, had charged me with the responsibility of planning his wedding.

It was a sideline to my main job then,  as head of new business for the Manila office of a global advertising agency.

Advertising work was interesting.  The owner  hired me to shake things up, and a lot of progress had been made.

When I reflect on that time now, several years later, I see someone who, in my push to exceed expectations, often pushed too far.

So, on that evening back in April 2008, I met Matt in a bar at Dusit hotel.  He carried a thick file.

He also looked extremely uncomfortable.  I quickly found out why.

Matt unveiled hundreds of pages of an e-mail printout that he and scores of people across Manila had received, only hours before.

The same friend who would eventually send me a FedEx mea culpa three years later had e-mailed a series of allegations against me that was far beyond the pale.

He had emailed hundreds of pages—and the link to a badly written blog—to  my current and former bosses, peers, other business leaders, members of the Cabinet, Congress, media, anyone whose e-mail address was publicly available.

He claimed I had lied about my educational and professional credentials.  That I had attempted to deceive and lie my way through boardrooms, cocktail parties and media coverage over many years, from Washington, DC, to New York and Manila.  He claimed that I wasn’t a naturally born Filipino (which I have always been—I still carry two passports, US and Philippine).

“David,  if anyone reads this, they’ll see this is a smear job,” said a friend, trying to console me.

The allegations were being made by a person with a history of mental and emotional illness and institutionalization.

I had met my former friend back in college, in Washington, DC.  It was a tumultuous friendship.  And to be honest, I had not been very kind to him.

Nonetheless, he had followed my professional and social life since I moved back to the Philippines.

One morning in 2003, my assistant at Metro Pacific came into my office to say there was someone in the lobby, asking to see me.

It was my former friend.  He had flown across the Pacific, uninvited and without prior notice, and had made his way to my office.

I took him to a coffee shop across the street.  He had just been released from a well-known Southern California institution founded by a former first lady.   He had been unwell for a long time. I still remember the strange look in his eyes, 13 years later.

He had arrived in Manila, and came to my office in an attempt to convince me to invite him into my Manila life. I made it clear that there was no room for him.  I doubt if I was very sympathetic.

He was a shadow of the person I had known years ago—stick-thin, with a large plastic bag of anti-psychotic prescription medications.

It was a sad visit, and in retrospect, I wish I had been a lot kinder.

Back in 2008, Internet trolling and online bullying were relatively new gladiator sports.

Months before my former friend’s e-mail, some people I had known in Manila were implicated in another kind of online scandal. The foreigner ex-boyfriend of an acquaintance had put up a salacious blog, and many reputations were damaged. I’m convinced my former friend was inspired by that initial blog.

In those early days of the scandal, I was confident I would prevail, because I knew I was in the right.

But what I didn’t count on was that he, too, had made friends here in Manila.

His email, and the initial notoriety that ensued, had apparently caught the attention of a small group here.  They had reached out to my friend, manipulated him  and lied to him.

Within weeks, a single badly written e-mail and blog had metastasized into hundreds of professionally written blogs, postings and fake news items.  There were thousands of pages of accusations of professional wrongdoing and sordid behavior.

The main culprit behind it all was someone who had worked for my largest client in the advertising agency, and who, upon my recommendation, was fired for her incompetence. I had made an enemy.  She formed an alliance with others whom I had let go, and others I had pushed in years prior.

How do I know who the culprits were?  From thousands of dollars spent on forensic Internet investigators and US-based online reputation management firms.

The culprits had also slipped: talked. They had bragged to others about what they had done.  And those persons also spilled the beans.

One thing I’m glad of, however, is that I never did stoop to their level.

Just recently, US First Lady Michelle Obama said of her own family’s detractors, “Our motto is, when they go low, we go high.”

That’s why I never did end up filing cases against the culprits, although I came close. To a significant extent, the Manila culprits succeeded—for a time anyway.

All the bullying and trolling took its toll: it destroyed trust.  It damaged my reputation.  For years afterwards,  I would have to address  their residual stuff online. No matter how much money one spends or how much effort is exhausted, one can’t entirely remove the negative information online.

The real-life impact of the online character assassination was immediate.  The first months after  were a lesson in depression and ostracism.   I realized how few real friends I really had. People I had done business with treated me like the plague.

Sarah Lawrence professor Nicolaus Mills calls today’s environment of online bullying a “culture of humiliation.”   He explains that in the past, when someone wanted to humiliate someone else, there was a limited choice of outlets for doing so.

Today, all it takes is a brief post on social media, as few as 140 characters, for a reputation to be destroyed.

In some respects, that culture of humiliation, with its online anonymity, is tailor-made for Philippine culture—a platform for those without the balls to confront you in person.

“Why don’t you just leave? There’s nothing here anymore,” my former boss in the large conglomerate would tell me.  He was the consigliore of the iconic tycoon I had  worked for, a former New Yorker and one of the few from my old days that I remained relatively close to.

I could have moved back to the US, and dismissed my fall from grace as some exotic, esoteric escapade. But I couldn’t bring myself to leave.

I would offer lots of reasons why: the then—recession in the west, the logistics of bringing four Labrador retrievers across the Pacific, various business ventures I intended to launch.

I’m just not a quitter. I was more than determined to prove detractors wrong.

It’s all ancient history now. In the years since, I have dropped out of what constitutes the Manila social scene.  What happened to me all those years ago turned out to be one of the best things ever.

For a time I turned inward, realizing I still had a lot of work to do on myself. I took a hard look at my life  then.  Over time, the outlines of a plan started coming together. It was my own, male version of “Eat Pray Love.” Another friend called it “life rehab.”

I began a process that  empowered me to work on old issues.  Some I’ve written about, for this newspaper, years ago.

I did embark on a series of travels that took me from remote Pacific islands to snowy North American mountains, from Denpasar to Dharmsala.  I’ve meditated, I’ve studied and I’ve realized that life isn’t all about me at all.

The real meaning comes when one finally discovers the good that one can do to help others succeed, and do well.

With the years the memories of that time continue to fade.  I long since forgave the people behind those e-mails. I think I won at the end of the day.

For when you are really comfortable in your own skin, you’ll discover some amazing realizations.

Never let the bad things get to you.  Because they will happen. But nobody or no experience has the power to rob you of your happiness.

Learn to forgive.  It is essential. Hating and carrying a grudge are the worst feelings on earth. You deserve to be kind to at least one person in this world: you.

A couple of years ago,  I ran into the main culprit  behind all those pages of hatred.   Her face was taut, years of toil and grudges clearly revealed.  I turned, looked right into her shocked face, and said a gigantic hello.

At the end of the day, you realize that those who try to harm you only really end up harming themselves.

A positive outlook will see you through just about anything—even stuff you thought you wouldn’t overcome.

Always say thank you. Every day, I meet wonderfully authentic people, who care, who laugh with the wind and who invest the most important commodity they have in their lives: their time.  Be one of them.

Lastly, be grateful for everything.  It sounds kind of warped, but now, well into my mid-40s (gulp), I’m deeply grateful for the journey, eager to tackle the work  ahead.

When you fill your heart with gratitude,  you’ll find that the world is a whole new exciting place.  That there’s always space for a comeback story.

Or, in better parlance, a going forward story.