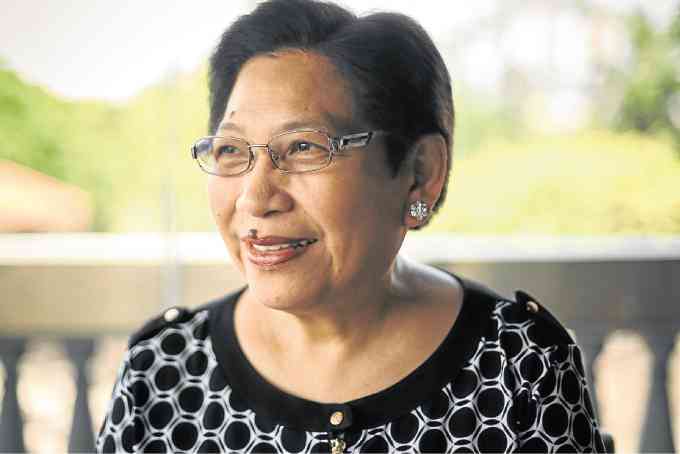 AT 67 years old, Eloisa Reyes Barretto could have simply taken things easy and enjoyed being lola to her only grandson, whom she visits about three times a year in the US.

But Barretto had always been a lifelong learner. Even when she was a practicing accountant and, later, busy running a successful upscale jewelry shop, she read voraciously, eager to learn something new.

So when she decided to return to school in 2009, it should have been no surprise to her family and everyone who knew her. What was unexpected was what Barretto wanted to study—law.

“I am very interested in learning,” Barretto explained. “I took up Law just for the joy of learning. I did not even think of taking the Bar. I just wanted to learn even if I could not practice (the profession).”

Last month, having passed the Bar in her first try, she joined other successful examinees in taking the oath that affirmed their being full-fledged lawyers. Although she was probably not the oldest who took the Bar in 2015, most of Barretto’s fellow examinees were less than half her age.

But, after surviving almost six years of law studies (she averaged only 16 units a year) at the Lyceum of the Philippines University (LPU), Barretto was not going to let that little detail keep her from taking that last step to making a long-held dream come true.

Believing age is just a state of mind, she calmly joined the more than 6,000 aspiring lawyers who took the Bar at the University of Santo Tomas and became one of only 1,731 (26.21 percent of the total) who passed the test.

The daughter of a lawyer and granddaughter of a justice of the peace, Barretto said, “From the beginning I wanted to be a lawyer but my father did not think it was a profession for women.”

He did not even want her to go to the University of the Philippines, his and his wife’s alma mater, apparently because it was too liberal for the conservative family. Barretto went to Assumption College instead, took up Commerce and became a Certified Public Accountant (CPA). She later received her Master in Business Administration from the Asian Institute of Management.

As wife to Reynaldo A. Barretto, a mechanical engineer, and mother to five children, she worked as a CPA in some private firms. The couple then opened the Joaillier Shoppe, a high-end jewelry retail store in a five-star hotel. Having trained at the Gemological Institute of America, Barretto also ran a gemology training center for people who wanted to learn jewelry appraisal and the pawnshop business.

But the dream of becoming a lawyer would not die. Barretto, who battled stage 2 breast cancer between 1995 and 1998, drew inspiration from Sir Richard Branson, chair of the Virgin Atlantic group, who encouraged people to try everything even just once. With her children all grown up and holding stable jobs in the US, she decided to pursue her dream once again.

After her youngest son graduated from college, she decided it was time. Some of her friends and former classmates tried to dissuade her.

“At this stage of your life, why do you want to burden yourself? I could not even remember what I did yesterday,” one of them said.

When Barretto went to LPU, she said she just wanted to audit three subjects related to her job as a CPA—succession, person, taxation. But the registrar told her she could not go to those classes without first taking the preparatory subjects.

Still working at the time, Barretto took evening classes that started from 5:30 p.m. Enrolling at LPU, she said, was convenient as she worked in Makati City then.

Although her job limited the number of units she could take every semester, Barretto said she would not advise a full load even for full-time students.

“It’s difficult if you really want to learn and understand,” she said. “With so many things to read, it is impossible for one person to cover all the papers required.” 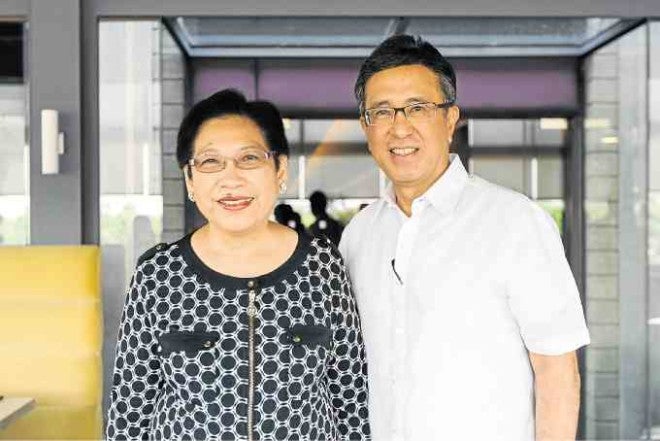 At the LPU College of Law, Barretto worked as hard and as diligently—probably harder and more diligently—than her younger classmates, who were about the same ages as her children.

Barretto admitted that memorizing was a big problem. “Once I was asked by a professor to read from our text. But when I was asked afterward what I read, I could not remember,” she said, laughing. “I did not know if I could manage without being able to memorize things. But I found out it could be done. I would rather understand provisions than memorize.”

There were times when she wanted to give up. But her husband, who was at first not so enthusiastic about her decision, encouraged her. “Now that you have started it, you should go ahead and finish the course.” Her children also gave her moral support.

Barretto proudly declared she did not have to repeat a subject. Somebody asked her how the teachers, who were younger than her, reprimanded her. She replied, “I never gave them reason to call me to task.”

One of her teachers told her that, as the oldest in the class, she was an inspiration to her young classmates.

Barretto said she did not find being among young classmates and young teachers intimidating. “I took my studies seriously and came to school prepared,” she said.

But she learned from her classmates how to operate modern digital gadgets, although confined herself to simple applications that were helpful to her studies.

Despite her difficulty with memorization, Barretto received the Jose P. Laurel Honor Society award for several semesters. She finished Law in five years and one summer term.

While Barretto did well in Law school, she remained ambivalent about taking the Bar almost until the last minute. She was even reluctant to admit she took the examination when friends, like the late Inquirer editor in chief Letty Magsanoc, a neighbor at Valle Verde, asked.

“Letty always wanted to know if I had passed the Bar every time we met,” Barretto said.

But Barretto did not feel she had to stress herself over the exam. “Although I wanted to pass, I did not think it would make a big difference in my life if I failed, unlike my classmates who wanted to make Law a career. But if I failed, I would not take the test again,” she said.

It helped that the  essay portion of the exam was restored. “It would have been difficult if everything was multiple choice because that would have required memorization. In essay, there was no right or wrong answer. As long as you were able to support your arguments, you had a chance to pass,” she said.

Although Barretto does not expect to make court appearances, she hopes to be able to provide consultancy services on laws pertaining to taxation and persons, like estate planning. She also hopes to teach, probably Accounting, as a way of giving back to society for her blessings.

Going back to the jewelry business is not on her agenda. “I am past that stage. Life consists of phases. You do something because there’s a need for it. Once you reach your goal, it is time to move into another area,” she said.

Barretto, who said she did not feel old, encouraged fellow senior citizens to go back to school. They should not feel embarrassed, she said. “If you have a dream, you can make it happen.”

Barretto said her classmates teased her that she might want to take medicine next. While “it’s nice to keep learning,” she said, medicine was out of the question as the sight of blood scared her. For this senior, painting and cooking lessons are next on the agenda.

“I had to finish Law first while I was still capable of doing memory work. I leave the others that do not require memorization for later,” she said.