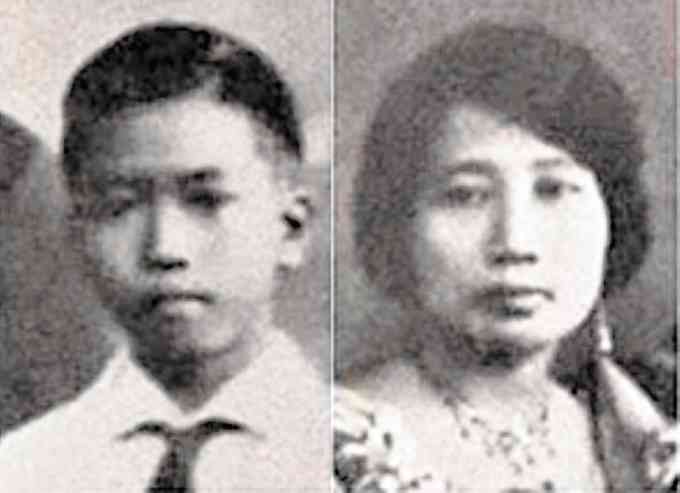 Flat noses are not allowed in heaven

Your mantra for the week: Blessed are the rich, and that is me.

IN IAMISM, we believe everyone will go to heaven, but the Bible does not agree because it claims that sinners will “suffer the vengeance of eternal fire,” although now, St. John Paul says, “There is no geographical hell.”

But Leviticus 21:17-20 emphasizes that aside from sinners, the following can never come close to God: “Whosoever he be of thy seed in their generations that hath any blemish, let him not approach to offer the bread of his God” (be sure to consult your dermatologist before you die); “For whatsoever man he be that hath a blemish, he shall not approach: a blind man, or a lame, or he that hath a flat nose or any thing superfluous” (Is this the reason why many Asian Christians are getting nose jobs?);  Or a man that is broken footed, or broken handed”; “Or crookback, or a dwarf (I wonder what Mother Teresa would have to say about this, considering that she played mother to  handicapped people?) or that hath a blemish in his eye (go see your ophthalmologist) or be scurvy (be sure to take your vitamin C) or scabbed (back to your derma) or hath his stones broken.” Oh boy, you can see how crowded it will be in hell!

If the Noah story were true and there were only eight people in that ark, wouldn’t it stand to reason that we would all be Jewish today? Also, in John 3:16, “For God so loved the world that he gave his only begotten son Jesus…” why did God send him to a small province like Judea and not Greece, Persia, China, India, Germany, North or South America? After Cain slays Abel, Genesis 4:17 says, “Cain married…”—where did his wife come from when they were the only people on earth?

All the above are explained away by calling them “mysteries.” As a Philosophy graduate, it is difficult for me to accept anything as a mystery.

In my father’s library, there was a book entitled, “The Ten Thousand Contradictions in the Bible.” It was borrowed by a friend of his and was never returned. If any reader has a copy of this book or knows where one is available, please e-mail me ASAP.

I got a text from Erick San Juan, a practicing political analyst, journalist and author of two books, “Conspiracies and Controversies” and “Marcos Legacy Revisited: Raiders of the Lost Gold,” and who also hosts a radio show over DZXQ 1350 kHz at 5 p.m., Mondays through Fridays.

His text was a request for me to check out his blog which was his reaction to my column, “Let Marcos be buried in Ilocos…” Pay attention to this particular paragraph: “We have to remind our people that I was part of the entourage from Hawaii to Ilocos Norte of the former President Ferdinand Marcos’ body, and he has long been buried beside his beloved mother, Doña Josefa Edralin Marcos. What many people are seeing in Ilocos is the refrigerated wax replica of Marcos patterned after Lenin’s tomb, found in the open museum at Red Square in the Kremlin that we saw during the visit of former President Fidel Ramos to Russia.”

In my May 29 article this year, I asked the question, which Marcos body will be buried in the Libingan ng mga Bayani? Will the “body” that is now displayed in the Marcos Museum and Mausoleum in Batac—which a well-known and respected editor who spent many years behind bars during the martial law regime said was “made in Paete and waxed over”—be the one buried? Or will it be the actual body that accompanies it beneath?

Erick’s blog is shedding new light on where Marcos’ real remains is located. I am happy to hear that Marcos is now at rest with his mother and will probably stay there, which was allegedly his last wish. Besides, how can anyone believe that Marcos’ corpse will remain intact like the

refrigerated wax and wood replica displayed in his mausoleum after 27 years? If that were a fact, he would surely be bound for sainthood and may end up in the Vatican.  I wonder what Leviticus will have to say about this.

There are three  paintings from three National Artists—namely H. R. Ocampo’s “Ang Pulubi,” Botong Francisco’s “First Mass at Limasawa” and José Joya’s “Hills of Nikko”—now on loan to the National Gallery Singapore from our National Museum, and that should really do us proud.

However, from a group of concerned citizens comes this disturbing news that all three paintings on loan had no prior approval from the National Museum’s Board of Trustees, which is a clear violation of Presidential Decree No.  374 otherwise known as the “Cultural Properties Preservation and Protection Act.”

The alarmed citizens said, “We are concerned about the future generations that might be deprived of viewing and enjoying these masterpieces because of the way they are being handled today.” I am happy this column can be a channel for showing the public pictures of these outstanding artworks.

The beauteous Diana Jean “DJ”  Lopez and the well-known society portrait photographer Rupert Jacinto, whose birthdays fall on the same day, were honored by a very social Forbes Park lady who insists on anonymity and carried this theme by requesting her guests not to take any photographs, keeping everything out of Facebook, and not mentioning the celebration even to their closest friends, if possible.

The guests all conceded to the request and came dressed for the festivity, and were served Don Perignon and caviar to their heart’s content. This was followed by a dinner prepared by a well-known chef who appeared personally to supervise and direct the culinary affairs of the evening.

I am proud to say that I was the only one exempted from keeping this very private get together secret, on the condition that only the names of the honorees can be mentioned.

The only hint that I can give on its exclusivity was a special request made by two VIP guests, who agreed to grace the occasion only if their attendance can be kept very quiet. Naturally, our esteemed hostess acquiesced and took all precautions to make sure everything remained private and discreet.

DJ and Rupert, who deserve only the best, got the very best!

E-mail the columnist at georgedfsison

@gmail.com; visit www.GeorgeSison.com and www.iamism.org; listen to his “Positive Session” radio program on DWIZ 882 AM every Saturday, 9-10 p.m.