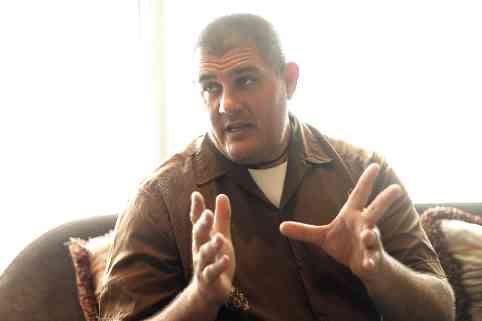 Adam Johnson is the zookeeper capturing tales in the wild

WHEN Adam Johnson says or writes something striking, you need to figure out if what he’s saying is fiction or the truth. That’s because the Pulitzer Prize-winning writer likes to embed sharp fragments of reality in what he makes up. When it sounds too good to be true, it often is, and he’s just figured out how to make it sound really good. There’s much more of the truth teller than a fabulist.

“There is the zoo everyone saw, and then there was the real zoo,” he says as he sits at the Writers’ Bar in Raffles Makati. How did he come up with that? Well, it’s a long story—a good one.

The 49-year-old Johnson is an only child and growing up in Arizona, his father was the nighttime security guard at the zoo. In the evenings, while Johnson’s mother worked on her PhD, Johnson’s father would take him to the zoo. There, he saw something ordinary people didn’t see. “He had the keys to everything,” he recalls. “The zoo was ours.”

Apparently, the zoo animals don’t sleep in the same display enclosures you would see them in the daytime. At night, they would be brought to other places, where they actually slept. “I would get close to them and engage them,” Johnson remembers, particularly his encounters with a gorilla named Hazel. “I’d always felt in my life there’s a world we’re shown, and there’s a real world. My duty as a writer is to lift the veil.”

After a bit doing construction, he took up journalism at Arizona State University. But his taste got the better of him. One of Johnson’s professors noticed something amiss with his journalistic work. “This quote is too good to be true! This detail is too good, it isn’t real” the teacher said. Johnson answered: “I couldn’t find a quote that captured the truth. This is the truth of it.” The teacher pointed him to the creative writing program.

Since then, Johnson earned an MFA at McNeese State University and a PhD from Florida State University. Today, Johnson has written essays, short stories and two novels. His 2012 novel, “The Orphan Master’s Son,” won the Pulitzer Prize for Fiction. The book is set in what seemed for most people, a literary no-man’s land, the Democratic People’s Republic of Korea—North Korea to most people. How did Johnson wind up writing about a place virtually no one in the West had been to? 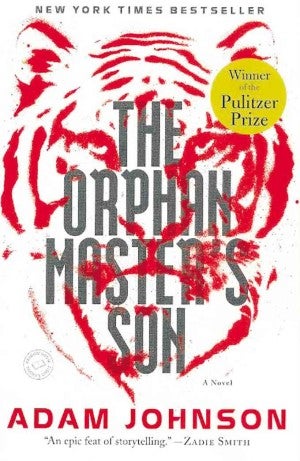 It starts with the truth as well. Johnson had encountered a book by a Korean defector, and this set him off on a new obsession. He read everything he could about the country, tracked down defectors and interviewed them.

He didn’t know it at the time, but Johnson was already working on “The Orphan Master’s Son.” “When you write about North Korea, you cannot verify anything,” he explains. “All you have are satellite photos and human stories.”

Eventually, he made it to Pyongyang after much effort in 2007. Visiting North Korea, he was careful not to let on that he was writing a book, something frowned upon by the authorities. “On the surface of the book, every detail came from the narrative of a defector,” Johnson says. “What’s harder is the emotional truth. What’s it like being raised in a totalitarian society where you can’t pick your own path, can’t form your own identity and imagine your best self?” When prodded, Johnson cracks often one unbelievable—but absolutely true—story about North Korea after another.

“The Orphan Master’s Son” is an irresistible tale of survival and, literally and figuratively, finding oneself in North Korea. It’s bleakness and absurdity is balanced with its poignancy and thoughtfulness. It’s so scary, it’s funny, and so funny, it’s scary. It’s a reflection of Johnson’s own personality. He’s the most interesting man on Earth. He’s an easygoing bear of a man generous with his affection and advice. He was here in Manila as the featured writer in National Book Store and Raffles Makati’s Philippine Readers and Writers Festival 2016.

He didn’t stay still, though. Johnson displayed a hunger for experience, visiting Corregidor (“It’s a really historical place”) and El Nido (“I’ve never been to Palawan”). It’s important because he often feels like being a writer eats into his time with his family: wife Stephanie and children James, 14, Jupiter, 12, and Justice, 10. He loves his work teaching creative writing at Stanford University, but the balance is tricky: “I feel like I was put on earth to be a husband and a father, a teacher and a mentor, and a writer. My curse is that I could only do two of them at the same time.” When he’s engaged in one activity, he’s neglecting the other. He has to go to a medical library nearby without the internet and away from his family to write. And he keeps on writing.

Johnson is, of course, working on his next book. All he’ll say is that it’s set in prehistory. It’s clear he considers the new work to be a risk-taking endeavor. “I believe in world-building through the physicality of realms,” he says. It’s also clear that his words are the key to everything. The world is his.

So he goes on, looking for stories to tell from the world everybody sees, weaving them into the stories of the real world he crafts. That makes Adam Johnson the zookeeper capturing tales in the wild, presenting his prey to us readers to savor: “There’s a lot of fact in my fiction, and the two fuse well for me.”