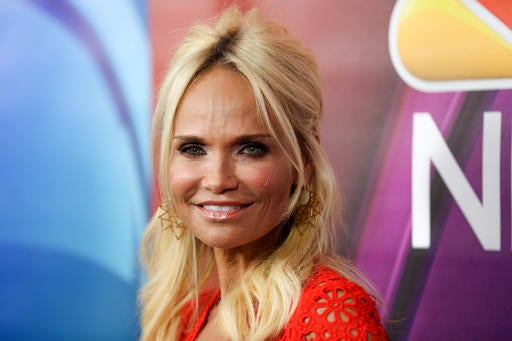 In a Tuesday, Aug. 2, 2016 file photo, Kristin Chenoweth, a cast member in the television special "Hairspray Live!," arrives at the NBCUniversal Television Critics Association summer press tour, in Beverly Hills, Calif. "Glee" and "Wicked" star Kristin Chenoweth will star in “My Love Letter to Broadway” from Nov. 2-13, 2016, at the Lunt-Fontanne Theatre. AP

Kristin Chenoweth heads to Broadway this fall with concerts

NEW YORK — “Glee” and “Wicked” star Kristin Chenoweth is returning to Broadway for a concert stand this fall.

The Tony- and Emmy-winner will star in “My Love Letter to Broadway” from Nov. 2-13 at the Lunt-Fontanne Theatre. Producers describe it as “an intimate evening of romance, glamour and laughter.”

Music direction will be by Mary-Mitchell Campbell and costume design by Christian Siriano.

Chenoweth, whose TV credits include “The West Wing,” ”The Good Wife” and “Pushing Daisies,” was last on Broadway in the 2015 revival of “On the Twentieth Century.” Her film credits include “Bewitched,” ”The Pink Panther” and “RV.”