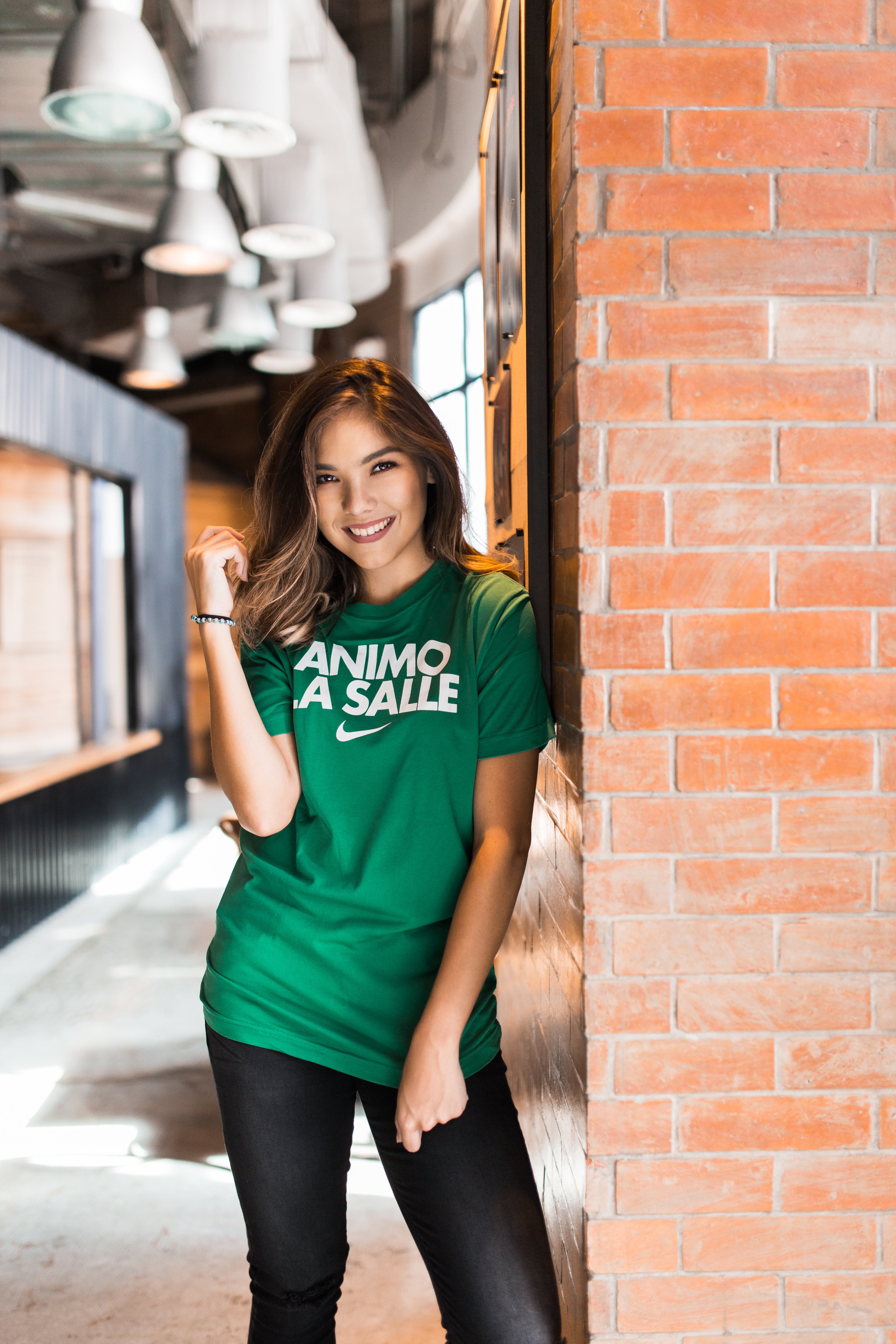 WHEN MAUREEN Schrijvers was a young girl, she dreamed of becoming an international athlete and a successful model.

“I wanted to become an Olympian, to make my mother proud whenever she drove along Edsa or C5 and saw billboards of me,” she says.

Now 21, the Filipina-Belgian stunner is doing just that. An accomplished track and field athlete, she was Palarong Pambansa’s Most Valuable Player in 2012 and has competed in the 7th Southeast Asian Youth Athletics Championships in Singapore. She’s also the face of Human’s Digital Riot campaign and the star of a Maybelline ad, gigs that have made her face visible on billboards all over the metro.

It helped that Maureen started working toward her dreams at a young age. As early as first grade, she challenged her boy classmates to race against her.

“I always ran against the boys during recess. During every single break I had in school, I ran and played in the quadrangle,” she says.

She enjoyed running so much that she joined her school’s track team, and did well enough to participate in national competitions. In the 2012 Palarong Pambansa, she broke the secondary girls’ high jump record. She also won gold in the 100-meter dash and the 200, and led the National Capital Region’s secondary girls team to first place finishes in the 4-x-100 meter relay and the 4-x-400 meter relay.

Modeling started at a young age as well, with her mother encouraging her to go to VTR castings to overcome her shyness. Through one such casting, she met her manager, Chinie Go, who saw great potential in her. She eventually signed with Prima Stella Management, where she acquired projects with Samsung and Muji. Modeling stints in magazine and broadsheet editorials complete her impressive
portfolio.

All this exposure, however, still takes some getting used to. “I feel awkward when people tell me they’ve seen my ads,” she admits. “I’m not the type to brag about it, so I sometimes just laugh.”

Staying motivated
Admittedly, Maureen sometimes struggles to balance her modeling with the demands of track and field training and academics.

“Not everyone understands all the adjusting I have to do, how at the end of the day I’m already tired but I still end up disappointing someone because I didn’t get to do everything right.”
But Maureen remains determined to stay on top of things.

“I guess I just have it in me,” she says. “I love running to the extent that I just want to keep training to make my coach proud. He believes in my capabilities and strength in track.”

She also credits her manager for helping her become a better model, and her mom for serving as her inspiration. For this athlete, challenges are part of reaching one’s goals.

“’Great souls are grown through struggles, storms and seasons of suffering,’” she says, reciting a line from Ric Warren’s best-selling “Purpose-Driven Life.” “I live by this quote.”