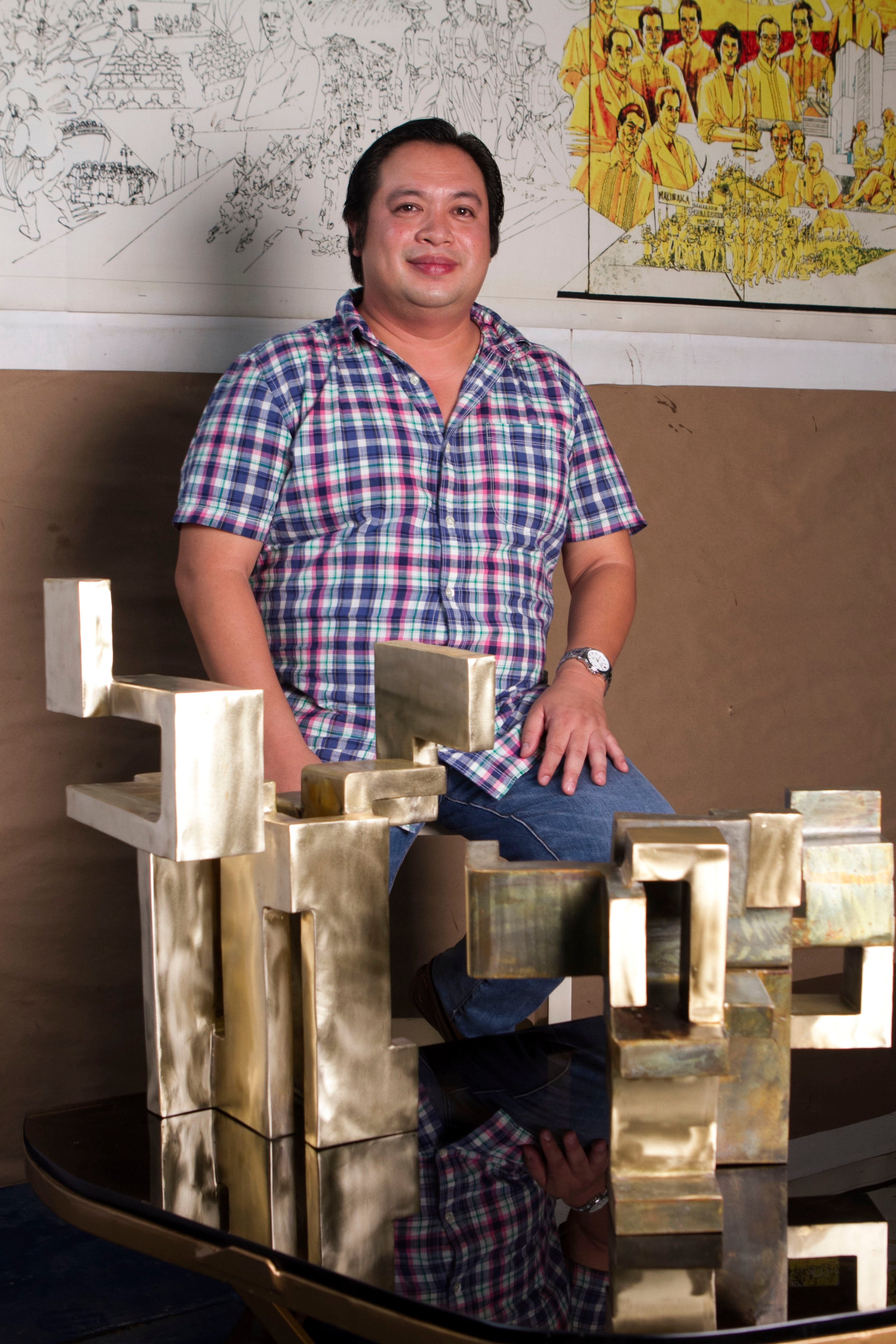 ARTISTS have many foundations on which to anchor their work. Nixxio and Ovvian Castrillo, sculptors and children of the late monuments builder Eduardo Castrillo, have chosen to anchor their practice on the legacy of their father.

“Anchor” is in many ways, a way to close a chapter in what has been a lifetime apprenticeship for the two, particularly Nixxio.

“I have been assisting dad ever since as a kid, eventually graduating to being his manager,” Nixxo says. “What I did was mark the logistics which makes things easier for him, so he can focus on his art, which was very personal to him. I prepared the material, and everything. Once in a while, he would see the things [art] that I did, and he would encourage me to be an artist as well.”

“Sometimes people don’t understand what it takes to create these monuments,” Ovvian says. “It entails a bit of everything, art and design of course. My father was an exceptional draftsman. But the scale of these monuments also entails engineering, logistics, coordination with the local government to manage the site, many things. This is something we have learned from.”

While the influence of Eduardo in Ovvian’s works cannot be denied, there is also stark differences in form.

“I think my work is slightly more feminine,” she explains. “I’m fonder of lines that close, that are tied together. The shape, the form, may not be organic, but my finish is. Some people even mistake it for wood. It’s almost a reverse of what my father would do, since his forms were organic but his finishes were inorganic. But we’re evolving into it, and I’m still experimenting.”

“Dad’s artworks are somewhat angular,” Nixxio says. “In my case, I like making things linear, with cubes and rectangular shapes. Growing up, I always imagined myself as a shadow when helping my dad. And what appealed to me the most were the angles his works would create. That has influenced my own art. Of course, my studies in architecture have also made an impact.”