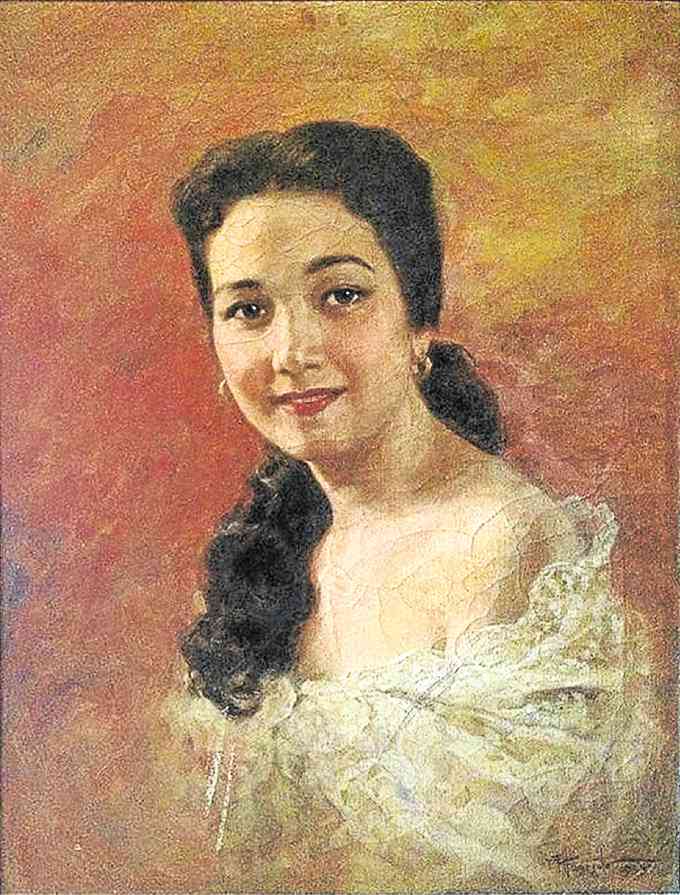 La Divina Chona, and the vanished era of Manila’s 400

Your mantra for the week: I have dreams because they can come true.

IN OUR youth, we were taught the concept of loving our neighbor, to the point where the last two words “as thyself” was not part of the instruction. In the years I have counseled, I’ve found out that this adage creates a lot of relationship problems stemming from the lack of loving oneself. As a result, in IAMism, I teach ways of loving oneself more, which has nothing to do with being egoistic.

By doing all these, you will find out you can truly love others.

His performances these last two years were described by many as mesmerizing. Gutierrez, deep into his studies in Germany, says, “In the future, I hope that I can help cultivate an atmosphere in the Philippines where classical violin playing is viewed as an enviable, lucrative career so that local talents will no longer be siphoned away to other countries or to other professions.”

Chino, you are truly in our zone.

America will always remember 9/11 as the day the World Trade Center buildings crumbled into a mountain of debris, killing 2,996 people and injuring over 6,000 others.

In the Philippines today, we mourn our own version of 9/11—the birth date of one who declared martial law and caused the deaths of many thousands and produced 75,730 claimants against the abuses of his regime.

Clearly, our 9/11 experience is much worse than America’s 9/11. Furthermore, this instigator tried to claim credit for the heroism of one Col. Conrado B. Rigor who was the head of the 3rd Battalion, 121st Infantry.

According to his son, Manuel, in an interview with Ces Drilon of ABS-CBN, the Rigor family was surprised when Marcos took credit for the battle of Bessang Pass in his biography published in 1964.

In fact, the Japanese soldiers surrendered the flag of their commander, Gen. Tomoyuki Yamashita, to their father through Admiral Kyoguro Shimamoto, as related by his daughter, Pinky Rigor-Farolan, who is a friend and a schoolmate of mine. This flag is now safely stored in a bank vault in America, lest it is stolen and its history laundered, as it has become customary with the Marcoses.

There must be something in the numbers 9/11, because it is even now used as emergency numbers. I remember that the great Claro Recto once told my father, when FM was still a congressman: “Watch that man… One day, he can become the most dangerous man in this country.”

Truly prophetic words, but thank God, we have heroes like Col. Conrado Rigor—who is, by the way, buried at Libingan ng mga Bayani.

Last Tuesday, the coffee-table book “La Divina, The Life and Style of Chona Recto-Kasten,” was launched at the lobby of Ayala Museum, which was arranged like a large living room so that guests could more comfortably enjoy the program.

The book was written by Chona’s only daughter Techie Ysmael-Bilbao, with Rogue Magazine’s Jose Mari Ugarte. Philippine Star Lifestyle editor Millet Mananquil was editorial consultant for this project, which was a dream come true for Techie.

The super-efficient Millet also asked National Book Store whether it would co-publish the book, to which it happily agreed. Furthermore, she rounded up the sponsors, from Philippine Airlines to Unilever, while Techie took care of Ayala Museum and Leon Gallery.

As of yesterday, Chona’s portrait by Amorsolo in 1953 has found a new owner. Originally, the portrait was brought by Hans Kasten to be sold in my gallery; his asking price was P800,000. I was shocked that it was he who was selling this portrait. I made sure it was not sold, hoping that one day it would find its way back to one of her children.

Happily it has gone back to Louie Y.

People will be surprised to know that, at that time, I was closer to Chona than to any of her children, because I had met her ahead of them through the parties held in our home given by my parents.

When I was a teenager, she was Tita Chona to me. However, by the time I started writing my Celebrity Horoscope column for Panorama magazine, the Tita was dropped and we became fast friends. That was how cool she was.

I recall that when I wanted to feature her in my Horoscope column, I had to ask her for her date of birth and she, in the most genteel manner, said, “Would you not like to feature somebody else?”

What a gentle turndown, but I did not give up and put my investigative power to work by asking my grandmother whether she had any idea when Chona was born. She nonchalantly replied, “Hijo, after I gave birth to your mother on January 16th, Mrs. Recto occupied the same room in the hospital after she gave birth to Chona on February 5th.”

Both Chona and my mother were baptized Priscilla.

One of the fondest memories I have of Chona was when Nomer Pabilona mimicked to her face what he imagined her posture would be while seated on her “throne” before starting the day. He described her as having her legs crossed as if posing for a pictorial, and you would never notice a single twitch on her face even when necessary. Chona would be in stitches at Nomer’s prank.

The Ayala lobby was filled to the brim with familiar faces of the de buena familia era, with a sprinkling of the binuenas ones. Johnny Litton made sure to point this out every so often during his enthusiastic emceeing.

PAL president Jaime Bautista talked about Chona’s contribution to the comeliness and style of the PAL flight attendants that became legendary during her time with the company.

It was nice hearing from Patty Araneta, who now resides in London, about how close her mother, Emma Benitez, was to her Tita Chona.

Louie Y emphasized how endearing and considerate his mother was and had no mean thing to say about anyone; Techie expressed touchingly that whatever she has learned in manners, style and refinement, she owed completely to her mom.

She recounted how, during the era of Manila’s high society, it was like a community where people shared recipes, fine china, elegant cutlery, and was basically an extended family called Manila’s 400.

For those interested to know what life was like in the Old Society before martial law’s “new society” came into the picture, Techie’s exemplary coffee-table book will give you precious insights through the life, style and loves of her mother—both as a vulnerable woman and as the incomparable La Divina.

E-mail the columnist at [email protected]; visit www.GeorgeSison.com and www.iamism.org. Listen to his “Positive Session” radio program on DWIZ 882 AM every Saturday, 9-10 p.m.