The Peninsula Manila by the numbers | Inquirer Lifestyle ❮ ❯ 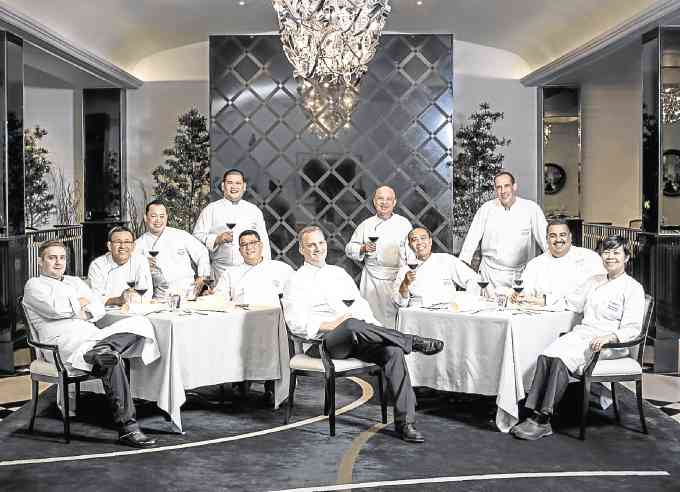 The Peninsula Manila by the numbers

The Peninsula Manila opened 40 years ago on Sept. 14, 1976, in time for the International Monetary Fund Conference of that same year. It is the oldest existing hotel in Makati City, the country’s financial capital.

The hotel was the first member of the Peninsula family to be established outside of Hong Kong and has become a mainstay of the city’s social scene being the venue of choice for balls, weddings as well as other important events.

The art of hospitality is a Peninsula signature, and today pageboys and girls are at the ready, their sole function to respond to guests’ needs.

The iconic pages are as much a hallmark of Peninsula Manila as the ornate lobby, Chinese door lions and the celebrated afternoon tea. They have come to personify the hotel’s personal approach to service.

Peninsula Manila serves an average of 630,000 guests each year at its six food and beverage outlets. With a kitchen staff of 108 and service staff of 162, it’s virtually nonstop action 24 hours a day, seven days a week, from regular outlet service to room service to countless special events and banquets.

The butchery kitchen produces 2,621 meters of breakfast sausages, and pork and beef longganisa annually while the cold kitchen prepares 54,750 sushi rolls a year. An average of 15,772 bananas and 7,246 mangoes and oranges are required each month for setup in the hotel’s guest rooms.

Vince Paul Espinosa says that the favorite breakfast order is American breakfast, and the hotel coffee, made of brewed Batangas beans, gets the thumbs-up of guests.

Rooms with a view

Peninsula Manila has some of the most spacious guest rooms in the city. The Peninsula Suite is 280 square meters. It has an extensive collection of art and literature, but other elements in the room have likewise been elevated to art, such as the making of the bed, from the down pillows to the luxurious sheets and covers of thread count.

The laundry department washes three tons of laundry every day and 61,945 pieces of dry-cleaning items per year; and 7,200 buttons and 1,800 zippers are used in staff uniform changes and replacements.

Anna Fay Rosal and Stephanie Chong, directors of style and special projects, are responsible for all the ornamental touches at the hotel.

Traditional afternoon tea is served daily, 2:30-5:30 p.m. It includes tiered trays of scones, finger sandwiches and pastries, and coincides with afternoon merienda, which features a buffet selection of Filipino delicacies and sweet treats.

The Rigodon Ballroom seats up to 500 guests for a sit-down dinner and 800 for cocktails. Along with elaborate designer centerpieces, details such as spotless, thoroughly pressed linen and impeccable service capture guests’ attention.

Since opening, the hotel staff has kept account of every single piece of china, silverware and glassware.

To ensure the smooth operations of the hotel, a team of dedicated engineers and maintenance crew work behind the scenes.

In 2010, the hotel opened Salon de Ning which became the talk of the town for its Art Deco interiors that recreated the drama and excess of Shanghai in the 1930s, and its four themed rooms. Salon de Ning in Manila is only the third incarnation of the lounge named after the fictional international woman of mystery, glamour and riches, Madame Ning, borne out of the imagination of Peninsula Hotels COO Peter Borer.

The hotel serves a variety of popular cuisines in its restaurants thanks to an international cast of top chefs.

Peninsula Manila general manager Mark Choon said he advocates a work ethic that shows “leadership by example.” He added there was a need to foster a family atmosphere.

As part of Peninsula Hotels’ Hope for the Philippines initiative following the devastation by Supertyphoon “Yolanda” on Nov. 8, 2013, Peninsula-Gawad Kalinga Village welcomed its first 50 residents in December 2015.