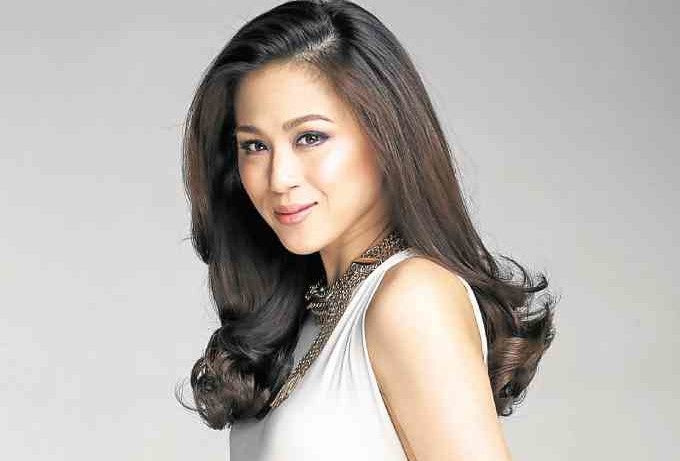 LIKE most first-time moms, Toni is loading up on relevant info by reading pregnancy and motherhood books.

Toni Gonzaga-Soriano walks into the studio in a white floral button-down dress and is greeted by her friends. It is the same Toni to everyone who knows her except that she has a more than 30-week-old baby bump.

She is asked how she feels and is complimented on her figure. Save for her burgeoning belly, everything else is her pre-pregnancy body. No tomato nose even in her third trimester, as proudly observed by her makeup artist and close friend Krist Bansuelo, and from behind, one would not be able to tell that the actress and “Pinoy Big Brother” host is perhaps less than a month away from giving birth to her firstborn son.

She proceeds to the makeup room and the stylists get to work, she only has a short window to shoot before she needs to head to ABS-CBN. Though slightly tired, perhaps from her pregnancy and the perennial backache it comes with, Toni answers the questions cordially.

How is the pregnancy?

“The first trimester was challenging. Very hormonal,” she says. “The morning sickness was something I never expected would hit me. It was difficult because it was like I was throwing my brains out every time I threw up. Like I’m throwing up everything I have inside.”

The headaches characteristic of the first trimester symptoms were also hard, which was why she took a break from work.  She suffered a hemorrhage and was ordered to rest.

It was late in January when Toni suspected she was pregnant. On her birthday, to be exact. She was a week away from her period, the same date as her sister Alex’s, but on her 32nd birthday, Jan. 20, Toni said to herself, “Something’s not normal with my body.”

There were no obvious early signs of pregnancy, she even felt like she was PMS-ing.

Finally on the 26th, a day shy of her regular cycle, Toni could not wait anymore. She took three tests—all positive.

“It was weird kasi we weren’t trying. We were following a plan so then my dad said na, ‘[It’s] never talaga your plans [that] prevail. It’s always God’s plan talaga for your life. Maybe He said na this is the season when you need to have a child na,” she says.

Toni and husband, director Paul Soriano, were wed on June 12, 2015, and only less than six months after, Toni conceived their first child.

Their boy is due anytime between late September and early October.

Toni has begun to adjust to motherhood.

“I’m so passionate about working. This is what fuels me, when I get to do what I love to do, that I’ve been doing for the past 16, 17 years of my life. It doesn’t feel like work at all.

“I realize that I’m never going to be the priority anymore. It’s not about me anymore, it’s about the life I’m carrying. That was very difficult during the first trimester.”

She adds, “’Yung adjustment na you’re still trying to figure out if you’re ready for this, how you’re going to be able to handle what will happen when the baby is out. Of course, you know the anxieties, the fears, the worries.”

Like most first-time moms, Toni has begun to load up on information by reading pregnancy and motherhood books. “I’ve been reading a lot and it’s part naman pala of everything that first-time moms go through. So sabi ko, ‘Okay, so hindi ako nag-iisa.’”

Her reading list includes “On Becoming Baby Wise” by Gary Ezzo and Robert Bucknam, which teaches parents to establish early on that they are the bosses, not the children.

Toni believes that she will be the disciplinarian type, based on how she relates with her sister and cousins, although her  mom reminds her that it’s different with your own kid. “Sabi nga ng mommy ko, ‘Let’s see up to when you can hold on to your discipline method.’”

Pass on the values

If there was anything Toni would like to adopt from how she was raised, it would be the values of her family—“To the point na, I don’t care if I sound makulit, or nagging, or brainwashing.

“Kasi it became very effective for me—how my dad would always tell me ’yung mga Bible verse about being a daughter, or the promises in the Bible that says if you obey your parents… Because I really hung on to it. It really got stuck in my heart.”

She describes Paul’s household as one filled with love.

Paul has been her constant source of encouragement throughout the pregnancy, always reminding her of her strength and capability.

“He always says, ‘You’re carrying a miracle inside you,’ that God is using me ‘as instrument for a new life to be born into this world.’ He always assures me na, ‘You’re a strong woman. I’m so proud of you. You’re so brave.’ It gives me affirmation that I can do this,” says Toni.

She once confessed that giving birth was her greatest fear in life.

What calmed her anxiety? Proper perspective.

“When I realized that I am a partner of God by carrying this miracle and blessing into the world.”

Paul and her family help her each step of the way. Close friends who are new moms, like Bianca Gonzalez-Intal and Nicole Hernandez de los Angeles, always check up on her and share their knowledge.

Then there’s her mother. “If there’s one thing I picked up from my mom, it’s the sacrifice of being a mother.”

As if confirming that her upbringing has been effective, Toni casually quotes from the Bible on how they like their parenting to be—“To love him unconditionally and always instill ’yung word of God so that he will not depart from it when he grows up.” Just as she hasn’t.