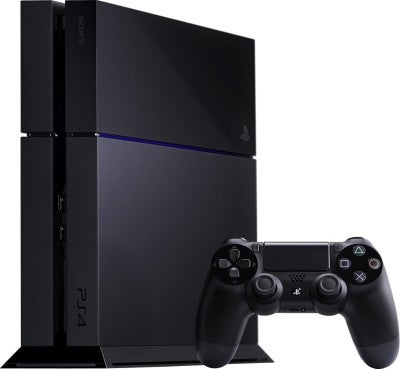 Fun and games with Sony PlayStation

September is a great month for gamers. Everyone’s favorite plucky plumber is finally making his way to mobile devices, while the hot console gets a refresh and new peripherals for an even more immersive gaming experience that promises to end your social life (you see all your friends on Facebook, anyway).

A day after Sony’s PlayStation event was held in New York on Sept. 7, the launch of new consoles and accessories for Asia was staged in Hong Kong, the unveiling led by Sony Interactive Entertainment Japan deputy president Hiroyuki Oda.

The first console to be announced was the slimmer and lighter PlayStation 4. The inner workings of PS4 have been overhauled to reduce its volume by 30 percent and its weight by 16 percent compared to its predecessors. The PS4’s new version also consumes less power (good news for Call of Duty marathoners).

Next was the PlayStation Pro (PS4 Pro). Boasting 4K support and with boosted performance and gaming capabilities with a souped-up CPU and GPU, the PS4 Pro is for the hard-core gamer who wants an unbeatable gaming experience.

Users who already have 4K TVs at home will enjoy 4K quality resolution and faster frame rates for games. For those who also use their consoles as entertainment devices outside of gaming, PS4 Pro supports 4K video playback and streaming for services like Netflix and YouTube. While no exact date has been announced for its Philippine release, it is worth P22,900—with a P5,600 price difference from the slimmer PS4.

The two new models likewise support HDR (High Dynamic Range) imaging technology which renders sharper contrast and blacks while realizing a wider range of colors. Users with HDR-compatible TVs will see the difference with a more vivid and realistic visual experience for supported games and apps.

“Our intention with the new PlayStation 4 is to advance our customer base and expand our ecosystem, especially for our Southeast Asian market,” said Hidetoshi Takigawa, Southeast Asia regional head for Sony Computer Entertainment.

That explains why the prices have been made significantly more affordable (compared to previous console prices) and why wait times for the new consoles are short post-announcement, with the slimmer PS4 immediately available in the Philippines by Sept. 24.

To further sweeten the deal (as if you needed an excuse), special PS4 bundles where the console is sold with a specific game are localized based on market preferences, like the PlayStation 4 NBA 2K17 bundle which is exclusive to the Philippines.

New peripherals were also announced during the launch, including a new wireless controller, the Dualshock 4 (P2,495), PlayStation Camera, and a new vertical stand specifically designed for the slimmer PS4 and PS4 Pro.

The new controller allows light from the light bar to appear on the touch pad similar to what is seen on the light bar. This feature provides gamers with visual information, such as knowing which character they’re currently controlling, health status, etc. for more intuitive gameplay.

The new PlayStation Camera (P2,990) is a more compact and cylindrical version compared to the previous model. It also supports PlayStation VR (PS VR) and includes a stand that lets users adjust it easily.

The new PlayStation lineup, with their more affordable prices, makes gaming more accessible and easier to get into, especially for those who are new to console gaming.

Despite the steady rise of mobile gaming, the folks at Sony have not felt this eat into their territory, and in fact have seen an increase in console gaming. This could be because, as more people enjoy gaming on their mobile devices, some of them experience it as the gateway to the world of gaming—triggering a desire to try it on a bigger and better arena.

Indeed, with a tempting package and innovations like VR and deeper game immersion through graphics and visuals in the pipeline, Sony PlayStation is set to welcome more gamers into the fold.