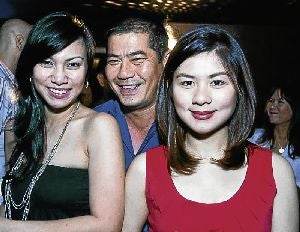 The spectacular happening was hosted by avid polo player and tycoon Bobby Aguirre, no less. Event presenter was the Bellevue Hotel, a luxurious five-star hotel in southern Metro Manila, whose chair and GM are Johnny Chan and the trés charmant Patrick Chan, palanggas. 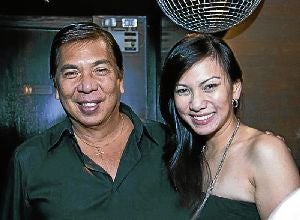 Bellevue marketing and communications director Ryan Chan got the game on a roll with the throw-in of the ball. Among the super-special guests was an international model, the jaw-dropping gorgeous Nacho Figueras, no less.

Aside from Nacho, playing were brothers Cole and Gus Aguirre, Anthony Garcia, and father-and-son Iñigo and Jake Zobel.

As the game went on, polo watchers nibbled on canapés and drinks inside the cozy VIP lounge tent courtesy of The Bellevue, natch!

This gorgeous 33-year-old Argentinian hunk, Nacho Figueras, is the very familiar face for Ralph Lauren’s Black Label collection in 2009 and the World of Polo triology of scents, dahlings.

During the match, one socialite noted about Nacho: “Now! That is one man I wouldn’t mind cheating or leaving my husband for. He is sooo incredibly handsome and oozing with that Latin charm!”

Okay, we get the picture, honey. 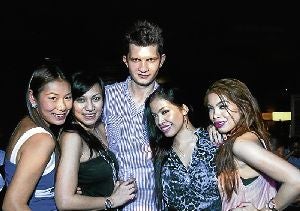 At the end of the match, each polo player was handed gift certificates from the Bellevue and B Hotel, and from event partners GNC Live Well and Future Trade International.

But without batting an eyelash, the biggest attraction was Nacho Figueras, who had the women swooning over him and the men pleased with his amazing skills in the game of kings.

Want to know more about the awesome Argentinian? Check out Nacho Figueras on the front cover of Philippine Tatler Magazine’s April issue, palanggas.

Celebrating her birthday recently was Malou Yambao, marketing manager of Nuvo and the darling of the beautiful party set, at the club’s Mezzanine, dahlings.

Getting the bash on a mega roll was the free-flowing booze and wine courtesy of Premier’s Jagermeister and Skyy Vodka, Fly Ace’s Casillero del Diablo and Cachaca.

With all the drinks, it was no wonder the invitees rode the fast lane way past 4:30 a.m.! I had called it quits an hour earlier, but not before tons of bar chow and finger-food courses were passed around like forever.

It was always a blast to see everyone having such a great time with the birthday girl, my adorable pal Malou Yambao!

In this season’s collection, Jacobs takes inspiration from Naomi Campbell’s party in Cannes, as well as from the New York Dolls, the movie “Taxi Driver,” and Eastern Tinges.

Welcoming the guests to the inauguration and show were Marc Jacobs regional director for the Asia-Pacific Emmanuelle Mace-Driskill and retail brand manager Serena Ghim.

Correction. Oops, I made a spelling boo-boo in last Wednesday’s column: “Key Club” should have been Kee Club. My apologies.