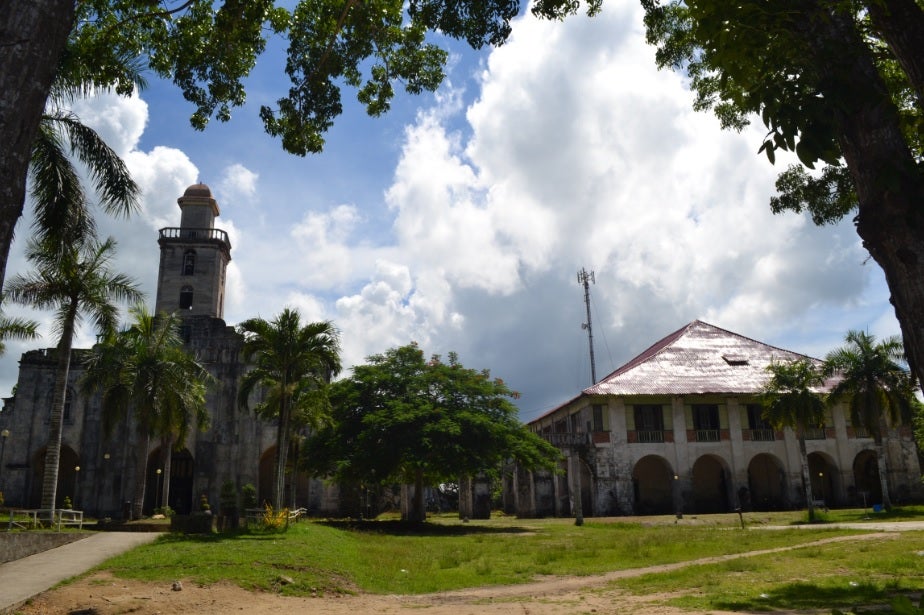 BOHOL church authorities have expressed alarm over apparent treasure-hunting by a US engineering firm in the compound of Alburquerque church, declared an important cultural property (ICP) by the National Museum (NM) in 2013.

US-based MicroRadian Engineering has been contracted by the Alburquerque town administration under former Mayor Efren Tungol and now under his successor, Elpren Charles Tungol, his son.

Mayor Tungol’s office denied the treasure-hunting and said MicroRadian had been hired consultant to conduct seismic tests in the church complex.

Bohol was the epicenter of the disastrous October 2013 earthquake that destroyed several of its ancient churches, which were some of the oldest in the Visayas.

Alburquerque’s Santa Monica Parish Church sustained minor damage due to the earthquake and received assistance from the NM for its conservation.

But MicroRadian or the town administration did not show any authorization from the Philippine Institute of Volcanology and Seismology (Phivolcs).

Church authorities said they had received no notice from the NM or Philvolcs and even if Santa Monica had been declared an ICP, it remains the property of the Catholic Church.

“The activity of this group is alleged to be covered by Phivolcs’ ‘authorization’ but what is clear is that the said firm is hired by the Alburquerque LGU (local government unit) as its consultant,” said Fr. Ted Milan Torralba of permanent committee on the cultural heritage of the church under the Catholic Bishops Conference of the Philippines (CBCP).

Himself a member of the clergy of the Diocese of Tagbilaran, Fr. Torralba said the firm’s activity “is undermining the work of the NM and blatantly violating church property by trespassing.”

While denying MicroRadian was into treasure-digging, a report made by the firm in a letter to the town administration carried the account of a “village idiot” who “somehow found 1,000 kg of gold bullion” in the church complex “and did so unnoticed by anyone.”

The village idiot, according to the report, “then drove away with it [gold bullion], in full view of the police station and city hall (sic).”

Torralba said that according to Santa Monica parish priest Fr. Andres Ayco, MicroRadian had dug a pit and recently started to mark a portion of the church wall on the right transept.

“The diocese nor the parish has [not] given any permission to this firm to do anything but it seem it is acting with deep-seated impunity,” complained Torralba.

“Our thinking is that since the parish church and complex was declared by the National Museum as an ICP, the LGU thinks it has now proprietary right over the church,” he said, adding that the former mayor had even asked previously for the keys to the church.

Because of its ICP status, the Alburquerque church had received assistance from the NM.

Its interior was given a facelift with new ceiling paintings by Guy Custodio and retablos by master carver Antonio Lagura Jr.

Aside from its ICP status, the Santa Monica Church, built in the early 19th century, also has a historical marker from the National Historical Commission of the Philippines.