Ambeth Ocampo was 'not a good student,' he says | Inquirer Lifestyle 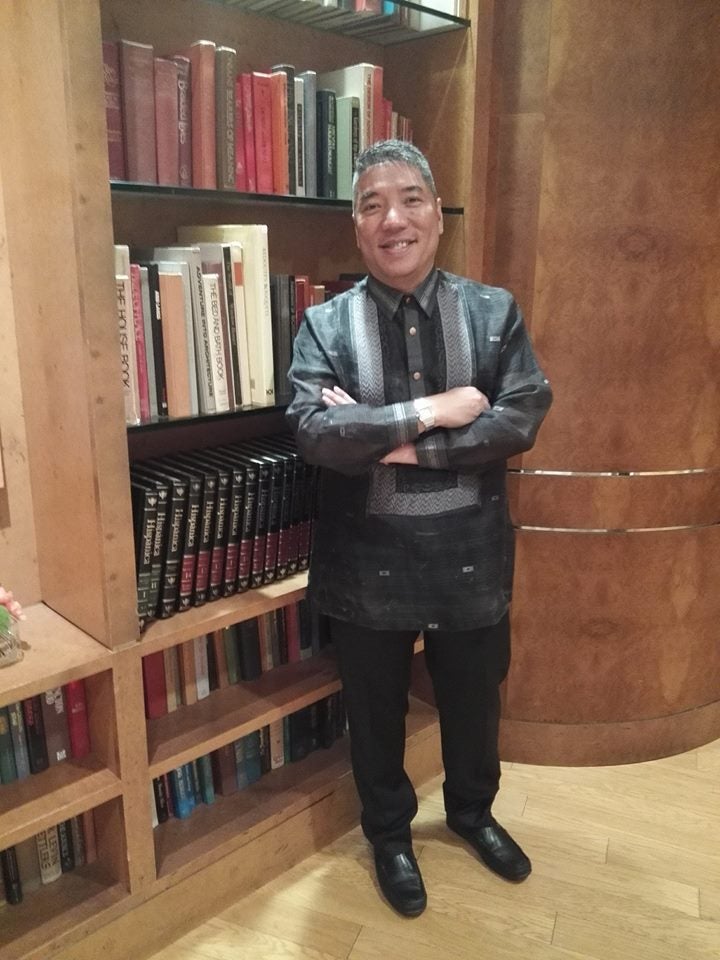 Ambeth Ocampo was ‘not a good student,’ he says

Despite the numerous accolades he has received in his career, historian and book author Ambeth R. Ocampo said he was humbled after being chosen as a recipient of this year’s Fukuoka Prize. The annual recognition, which was held in Fukuoka, Japan last Friday, is awarded to outstanding individuals or groups/organizations that preserve the unique and diverse cultures of Asia.
There are three categories for the award: Academic, Art and Culture and Grand Prize. Ocampo won the Academic Prize, Pakistani architect Yasmeen Lari got the Art and Culture Prize, and composer A R Rahman bagged the Grand Prize.
At the press conference held at the Grand Hyatt in Fukuoka, Ocampo said that while he was thankful for the award that comes with a cash prize of 3 million yen, he felt a bit apprehensive abut hsi future plans.
Ocampo credited his parents for allowing him to pursue interests, leading to a passion for research and writing. His elderly father flew to Japan to attend the awarding and even joined his son on stage.
“It is a blessing for my 91-year-old father to witness the awarding of the 2016 Fukuoka Prize to me last Friday. Without him, I would not be,” Ocampo said in an Instagram post.

In an exclusive interview with Inquirer Lifestyle, he narrated how he was unfazed by the criticism he received from his freshman English teacher at the Ateneo High School.
“I was not a good student. I was traumatized by my teacher,” he said. “She told me, ‘It’s impossible for you to write this way,’” after I had submitted an essay. She announced this in front of the class; she didn’t even pull me aside.”
The teacher then gave him 10 minutes to write a new essay. “I wrote about her flaky makeup and tawdry dress. When she read it, she was even more peeved. The whole semester was awful.”
They were at loggerheads the entire time, but Ocampo had the last laugh after an essay he entered in a high school writing competition won a prize.
“My entry had no capitalizations or punctuations,” he said. “In retrospect, a lesser person would have folded up and not written any more. I’d like to think in a roundabout way that experience has made me what I am.”
Ocampo is currently working on a new book based on the diaries of former President Ferdinand E. Marcos from 1969 to 1984, to be published in time for the dictator’s 100th birth anniversary next September.