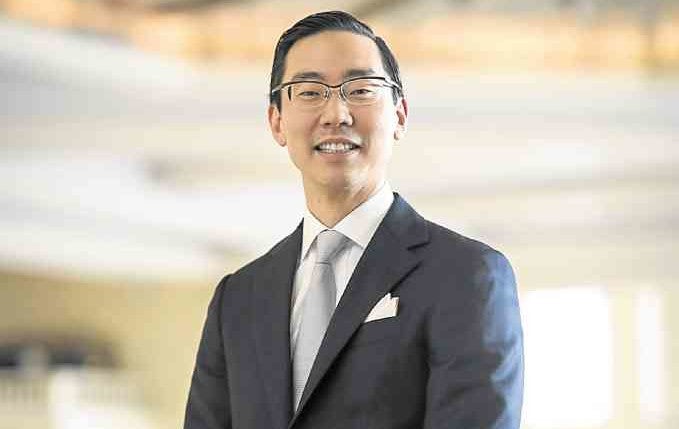 This hotel manager aims to look at Manila with fresh eyes

A FRESH pair of eyes and a willingness to venture beyond the confines of the hotel. That’s what Mark Choon, the new general manager at the Peninsula Manila, brought with him when he moved to the Philippines earlier this year.

The American-born Korean is no stranger to the Philippines, as his wife is a Filipino woman who grew up in Mandaluyong.

“In every city that we’ve lived in, our closest friends have always been Filipinos,” Choon said. The 46-year-old hotel executive said he grew up in the US West Coast where the Filipino population is quite large, although not as large as the Japanese or Korean populations.

“When I hit my 20s and started dating my girlfriend (now his wife), there was that instant circle of Filipino friends,” he said.

Last January he relocated once again, this time to The Peninsula Manila as its general manager, his highest posting so far.

“I would’ve been a fool not to be ecstatic and not to have jumped at the opportunity,” he said. “To have been selected general manager at a Peninsula property is a very special opportunity.”

Choon’s appointment comes at an exciting time, as the hotel is celebrating its 40th anniversary. Festivities kicked off in May with a Filipino food festival (Fiesta Filipino) spearheaded by chef Myrna Segismundo, followed by a promotion featuring updated traditional French fare (Best of the Best) in July at Old Manila.

Choon admitted a liking for the lechon (roast suckling pig) served at Escolta, the hotel’s all-day dining outlet, but keeps fit by going to the gym regularly and cycling.

“When I was living in Tokyo, I came across a popular form of training, high-intensity spinning,” he said. Choon described the group exercise as fun, with its loud music and energetic instructors. “It’s 50 minutes of cardio, which is normally a painful exercise, but it goes by so quickly so it’s a lot of fun. I try to do that three or four times a week.”

In the six months since his transfer to Manila, he has met numerous people, many of whom would share memories of the hotel.

“A lot of it revolves around food and social functions—parties, weddings and afternoon teas. We want to relive memories, but we also want to go beyond that, do things that are unexpected.

“I think the evolution of the Peninsula as a brand is in staying true to our DNA, but always pushing ourselves to do something a little more innovative, raising our own bar,” he said.

To this end, Choon organizes short excursions with the marketing staff to discover Manila’s little-known gems so they can suggest itineraries for foreign guests who want unique experiences.

“It might mean going off the beaten path, and there’s bound to be traffic and it might not be in a shiny new building, but it’s a memory and it’s a story,” he said.

His favorite haunts so far include small coffee shops and restaurants like El Chupacabra and Señor Pollo located by his place near Burgos Street.

“I think our guests appreciate that; they want the inside scoop and not something they can easily find in a guide book,” he said.

“Foreign leisure travelers mostly just want to go to the beaches, but we have a thriving city. Often, local residents take things for granted. Everything I look at is seen with a fresh set of eyes, so what others might consider mundane might be very dynamic and interesting for me,” Choon said.