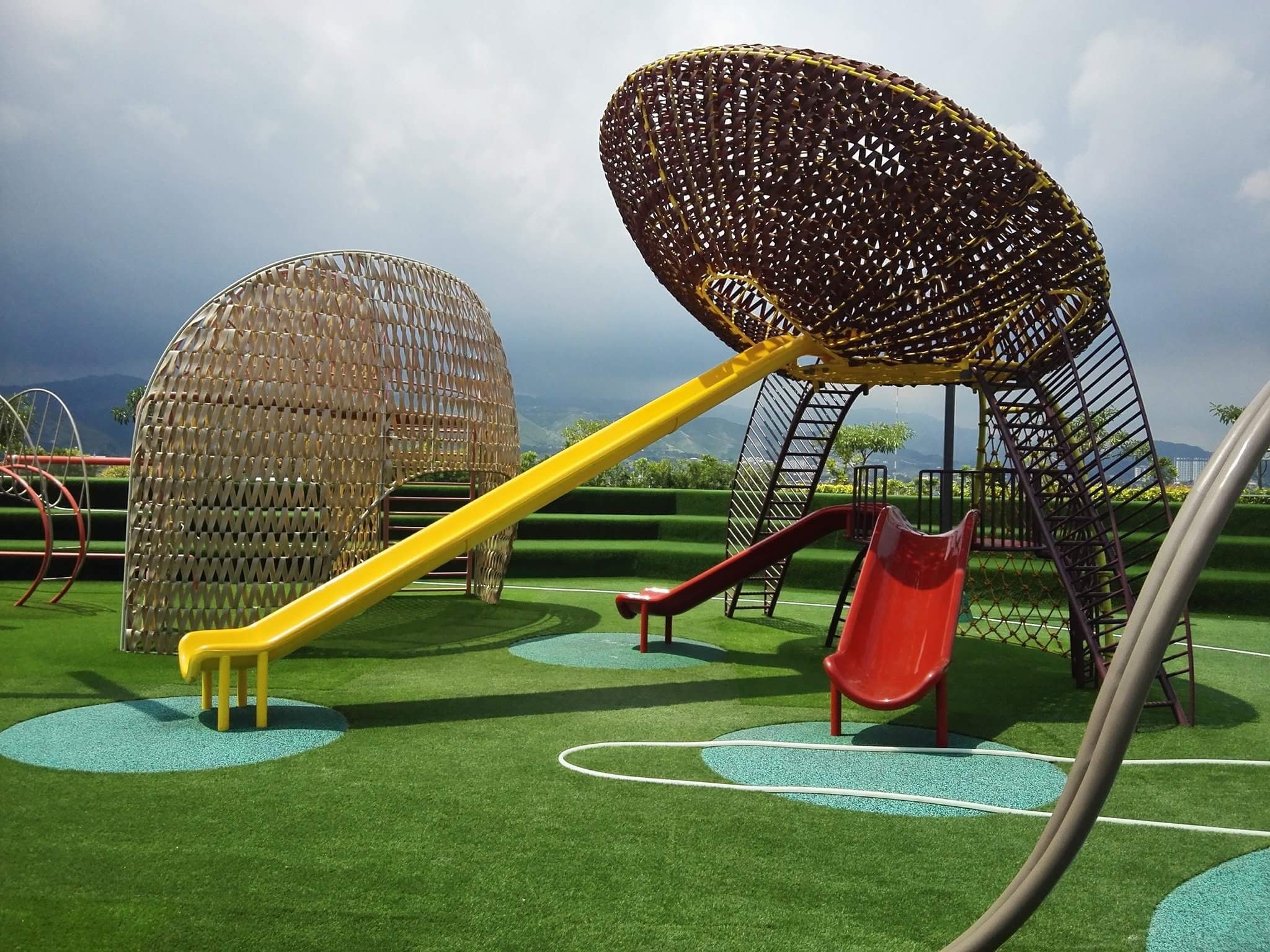 With an Alice in Wonderland theme that included flowers as tall as humans, stacked teacups and performances by the Red Queen and an aproned Alice herself, SM Seaside City Cebu launched its Sky Park earlier today, Sept. 23. The play area at the al fresco area on third level has been open for close to a year but was only recently fully completed.

Award-winning industrial designer Kenneth Cobonpue was tapped by SM to plan and execute Sky Play, the third of three playgrounds located next to each other. Parents and grandparents accompanied their wards through the first two, Fun and Play, and Water Play before an actor dressed as the Mad Hatter led the opening of the gate to Sky Play.

“We approached Kenneth and asked him if he was willing to take on the project,” Marissa Fernan, vice president of SM Prime Holdings said. “We didn’t have a hard time convincing him.”

The boyish-looking Cobonpue who was at the launch said he was excited to do the project. “It’s the kid in me. I wanted to come up with a playground I could be excited about,” he told Inquirer Lifestyle. I also agreed to do the project because it would be my first playground.

Anything that’s a first, I want to do.”

The result is a play area with dinosaur-shaped sheds and flying saucer-like slides. He used sturdy fiberglass for the slides, swings and ladders as well as loosely woven polyethylene strips, the same ones he uses for his furniture. The woven strips provide shade but also let light and air through.

Even the ground at Sky Play was taken into consideration. Instead of cement or concrete, a durable synthetic material was used.

“People can hold their parties or events here at the Sky Park,” Fernan said. “We’ve waived any rental fees for the moment as long as they order their food from our tenants.”