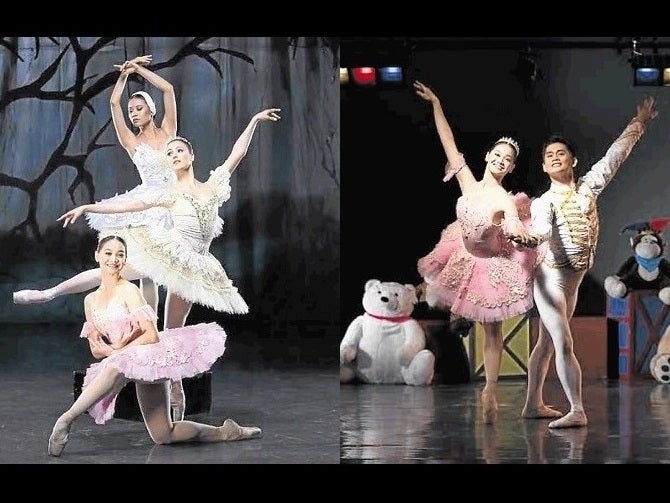 BALLET Manila (BM) will stage excerpts from three of the world’s most beloved ballets in one production via “The Swan, The Fairy and The Princess.”

The show brings to the fore the company’s celebrated mastery of classical technique in a unique program set to the timeless music of Russian composer Pyotr Ilyich Tchaikovsky.

The production was conceived in 2009 as “an all-Tchaikovsky suite where the unifying factor was his music,” said Ballet Manila’s artistic director Lisa Macuja-Elizalde. “Originally, we wanted as many ballets that were performed to Tchaikovsky’s music, but George Balanchine’s very famous Tchaikovsky Pas eluded us at that time. So we settled for a seemingly less ambitious production of combining highlights from his three most popular ballets.”

“Given that the theme for our 21st season is ‘The Revenge of the Classics,’ it made perfect sense to hold another run of ‘The Swan The Fairy and The Princess.’ We have a company with several principals and soloists that are very capable of performing these extremely difficult classical ballerina and danseur roles, aside from an outstanding corps de ballet that can deliver the classics in the highest standards.”

What sets this original production apart is that it combines the splendor of classical ballet with the intensity of live drama and the power of orchestral music.

The story unfolds from the point of view of composer Peter Tchaikovsky (played by veteran stage actor Miguel Faustmann) who unites the three excerpts by sharing his intimate memories and anecdotes behind each ballet. Meanwhile, the timeless scores of this illustrious composer will be brought to life by the Manila Symphony Orchestra, under the baton of Russian conductor Alexander Vikulov.

“It is really an unforgettable experience,” said Macuja-Elizalde. “No recording can ever compare with the brilliance of a live orchestra. And with the character of Tchaikovsky as the storyteller, we are also able to educate our first-time audiences about each ballet in an entertaining and creative manner.” The best thing about it, she adds, is that patrons get to enjoy all these for the price of a regular performance ticket!

Bringing to life the lead characters are BM artists Abigail Oliveiro (as Odette in “Swan Lake”), Dawna Mangahas (as the Sugar Plum Fairy in “The Nutcracker”) and Katherine Barkman (as Princess Aurora in “The Sleeping Beauty”), who will dance opposite their respective princes Rudy de Dios, Mark Sumaylo and guest principal Mikhail Martynyuk of Kremlin Ballet. The production is directed by Roxanne Lapus, with a script by Anjie Blardony Ureta.