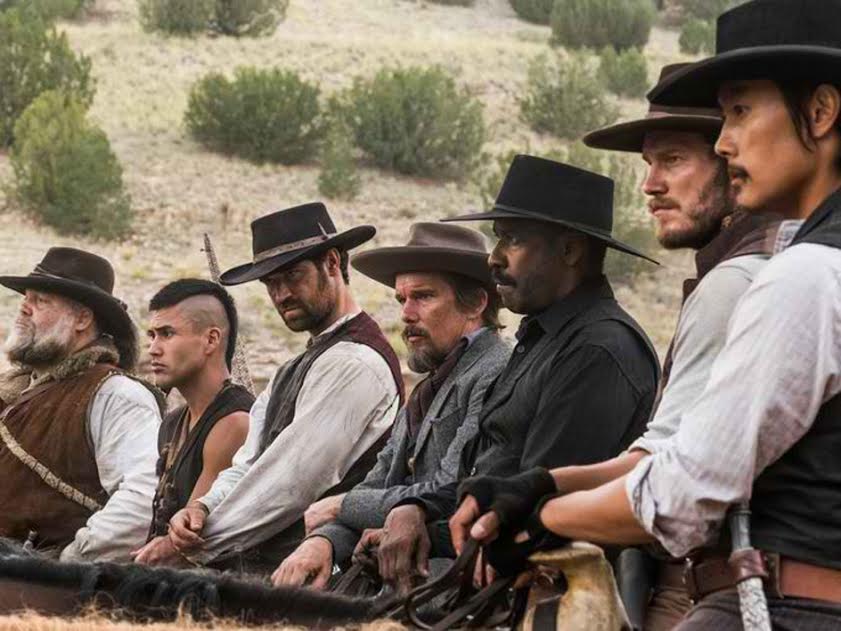 DENZEL Washington and Ethan Hawke lead a star-studded cast and a new take on a samurai—and western—movie classic.

From Kurosawa to Sturges to ‘Magnificent Seven’ Year 2016

Director Antoine Fuqua brings a contemporary retelling to the 1960 American Western film “The Magnificent Seven” directed by John Sturges. This classic film is in turn a remake of Akira Kurosawa’s 1954 film “Seven Samurai.”

With the town of Rose Creek under the deadly control of industrialist Bartholomew Bogue (Sarsgaard), the desperate townspeople employ protection from a group of seven outlaws, gunslingers, gamblers and bounty hunters. As they prepare the town for the violent showdown that they know is coming, these seven mercenaries find themselves fighting for more than money.

The idea to remake a classic film began with Roger Birnbaum, who previously served as co-chair and co-CEO of Metro-Goldwyn-Mayer.

Fuqua’s retelling of The Magnificent Seven was approached by the lead actors in several ways.

“I needed something that you haven’t seen yet, a perspective that has not been on the screen with the Western,” said Fuqua.  “So I said, ‘What about Denzel Washington?’ And the room went completely silent—until there was an eruption.  ‘That would be amazing.  You think he would do it?’”

Fuqua had previously directed “Training Day” starring Washington, who won an Oscar for his performance in the film. 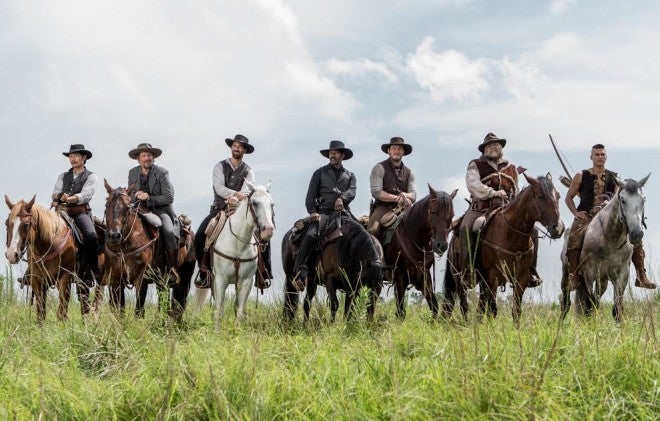 Once Washington and Pratt were cast, the filmmakers began to think about the roles that would surround them.

“Denzel and I sat and talked about it,” Fuqua said. “We started reading all the books about the West and how diverse it was then.  There were people from everywhere in the world—Mexico, Ireland, Russia.  I thought, ‘I wanna see that West.’”

“It’s very cool to have these amazing actors that you don’t normally see in this genre,” Fuqua said.  “I thought that was really unique and contemporary.  I got really excited about that contemporary feel yet sticking with tradition.”

The themes of “The Magnificent Seven” are so strong that they relate across cultures and generations, as evidenced by the fact that the original film is, of course, itself a remake.

“Kurosawa influenced American films more than people realize, and ‘The Seven Samurai’ informs our film in every way,” Fuqua said.  “That is the DNA; it’s the mother of these movies.”

“The Magnificent Seven” is now showing in cinemas.