Drama is always in season for the Cordero woman | Inquirer Lifestyle ❮ ❯ 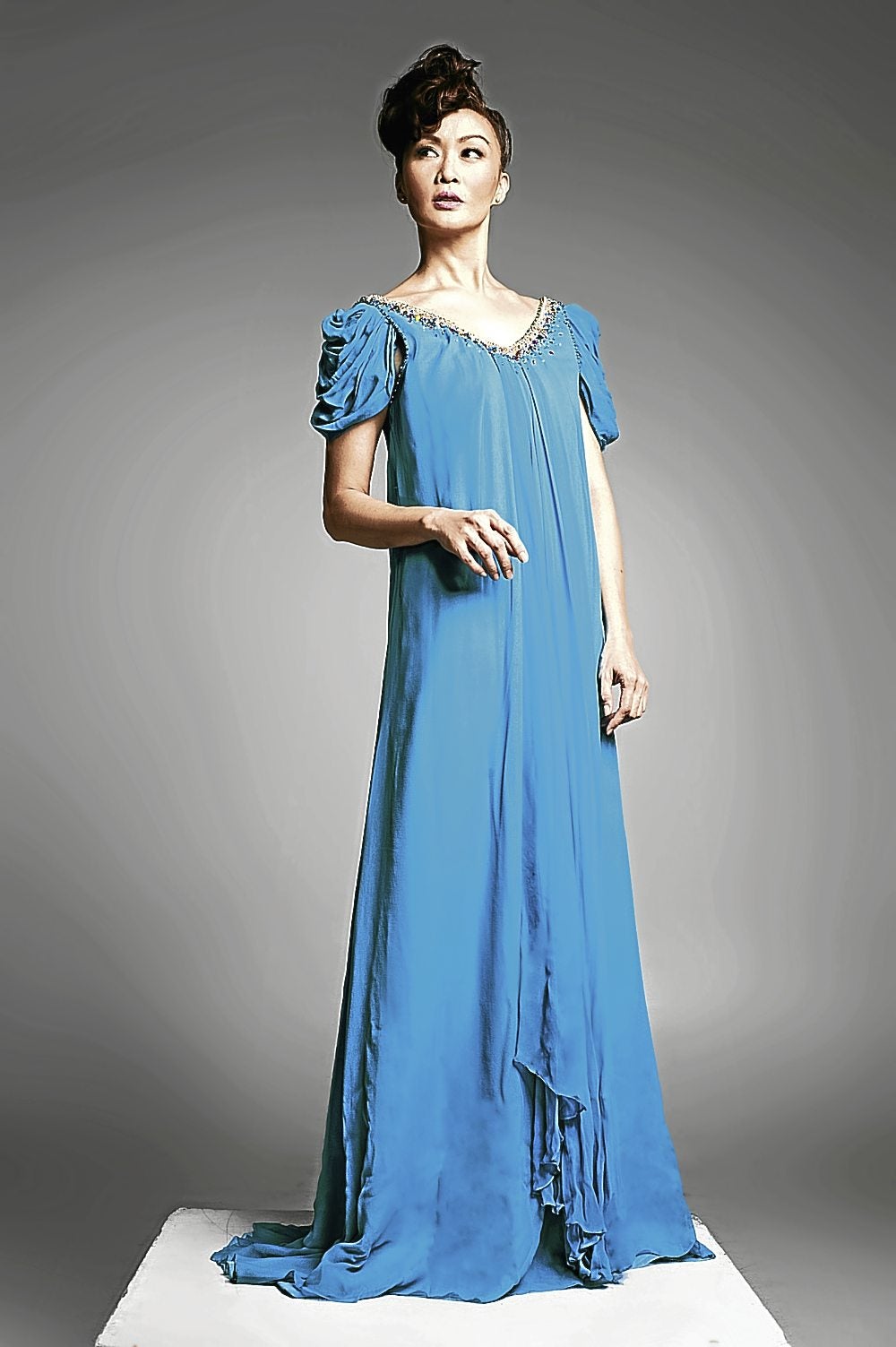 Drama is always in season for the Cordero woman

The typical Auggie Cordero woman is almost always in any party’s best-dressed list, so it’s almost de rigueur for the veteran fashion designer to add a bit of drama to anything he creates.

For the holidays, and especially with the lead-up to the red-carpet season in Hollywood early next year, Cordero is all about richness and glamour: ball skirts, crystal beads, and lush materials like lace, organdy, organza, layered chiffon, and even some voile.

Four years running, violet is still proving to be a hot color, according to Cordero, as well as white and champagne. The trend has eased up on black, he adds, but “red is making a comeback.”

Orange was being pushed in the trends, but Filipino women of a certain age seem not to have warmed up to it, he notes. “Color blocking didn’t pick up, either. Women over 40 can’t

seem to picture wearing an orange top with fuchsia pants or skirt,” he says.

He also wanted to introduce big prints to his clients. But even affluent women want to hold on tight to their pocketbooks. If they can’t be photographed twice in it, it’s too trendy and expensive. “They would rather buy off the rack,” he says.

But years of dealing with a variety of clients, from the finicky to the demanding, has taught Cordero to make compromises. Lace in all colors is one of the season’s big trends, but certain women are averse to it, so he only uses it as embellishment. Older women also tend to dislike ruffles or tulle fabric, so he doesn’t push it. Oddly, he adds, they don’t even like black-and-white clothes.

“A lot of them like structured dresses, with a scoop back and a bodice that’s a little fitted,” he says. “I give them that.”

Acquiescing to a client’s demands, however, has its limits, even to the genial Cordero. Once, a longtime client asked him to incorporate propellers in a dress a la Hussein Chalayan. Cordero was bemused and quickly put his foot down.