Ariel Manuel of Lolo Dad’s on his new venture: This restaurant is mine. All mine | Lifestyle.INQ ❮ ❯ 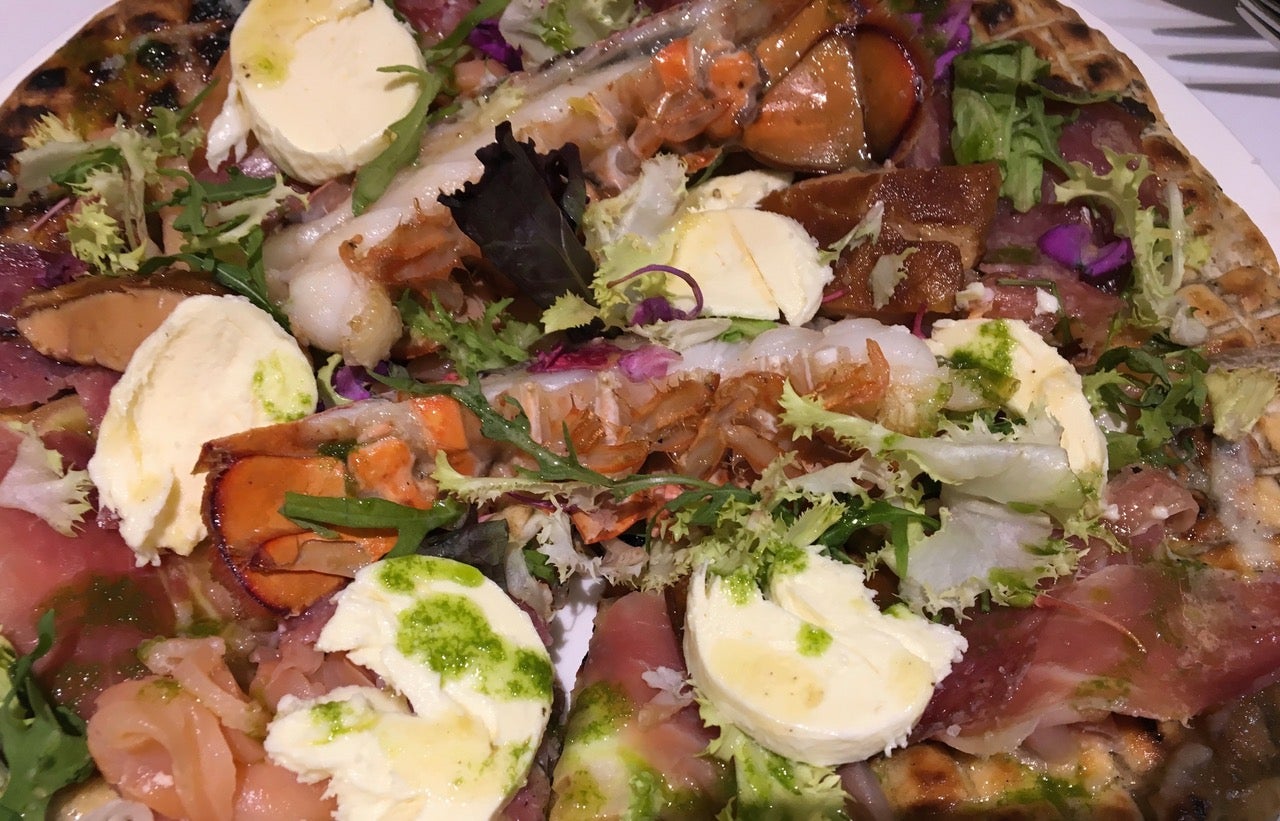 Ariel Manuel of Lolo Dad’s on his new venture: This restaurant is mine. All mine

The demise of Lolo Dad’s, the fine-dining restaurant tucked away in a Manila street corner beside the grime and madness of Taft Avenue, was lamented but expected.

It had dropped off many people’s mental Rolodex of go-to restaurants for celebrating occasions, and when reminded it was still there, they would scratch their chin and say, “Oh yeah…” and then maybe they would go, but maybe not, because it was far away and newer, shinier restaurants had popped up.

We are a society addicted to the new—I don’t mean Philippine society, but modern society. Mobile phones must not only continually improve on what they can do, but also change their shape in subtle ways so that it becomes painfully obvious to the world that what you are holding is last year’s model.

“Change is coming,” they say, and we embrace it, without a  pause or discernment, to ask if, indeed, it will be for good or for worse. We long for “good, old-fashioned journalism,” but we whine about this on social media, which is where we get our news from, and don’t deign to buy a newspaper. (If you are reading this sentence not on a screen, many thanks for keeping print alive.)

Lolo Dad’s occupied the same mental space as Grassi’s, which in my imagination is still at the Benpres Building, where the Lopez group still holds court, and the wizened old waiter could remember everyone’s name. When that batch of restaurants faded away, no one told Ariel Manuel, who continued to serve up the dishes with the same aplomb and meticulous perfection.

I visited Lolo Dad’s a few months before it closed for good, and the meal was fantastic, memorable and a step back in time to a more genteel, generous time, when the restaurant business wasn’t as obsessed with trends, novelty and imported franchises.

In the meantime, there has been some kerfuffle whose details I am not privy to involving Lolo Dad’s opening a second branch beside Glorietta, and even briefly taking over the kitchens of Rockwell condominium’s casual dining outlets. When I asked if it was Manuel’s restaurant, I received the cryptic answer that “it is and it isn’t.”

Then I heard that Manuel had opened a restaurant far, far away called Cuenca’s, and thought we might plan a trip to it on a long weekend. But I discovered that he had stealthily opened not just one, but three new restaurants in Poblacion, where everyone seems to be opening these days.

Bistro Manuel is the flagship, and the aquarium-like windows that separate the kitchen from the dining room are reminiscent of his “open” kitchen (visible but not open to the elements) at Lolo Dad’s.

The other two establishments are a Taperia, and a bar called The Sippery. Not my cup of scotch, but the crowd in Poblacion is a bibulous lot, and I could see a bar doing very well in the area.

The tapas are an unexpected nod to current trends, but it wasn’t officially open yet. Bistro Manuel had been open for only a week, and I was duly warned that it was cash only for the meantime, no cards.

So, has Manuel gone mainstream and joined the competition for bacon in everything, fusion this, deconstructed that, sous-vide and liquid nitrogen all over the place?

Well, yes and no, but mostly no. The menu of Bistro Manuel walks a fine line between pleasing those who miss Lolo Dad’s and giving a new restaurant the proper dues of a new concept. It’s a white-tablecloth place, which means that one should expect a certain service, which it does provide: there are amuse-bouches, a sorbet palate cleanser between courses (served in a teapot spewing dry ice smoke, as at Lolo Dad’s).

But the food is less expensive than what many restaurants, even those who go for the rustic/industrial/I-forgot-to-pay-my-contractor look with paper placemats, charge. This is a good thing. The wine markup seems to be quite reasonable as well.

The best items on the menu are the classic ones: I had the Lamb and Lamb and Lamb, which was lamb sweetbreads with braised lamb with roast lamb, and it was executed to perfection.

The candy-coated crispy duck was not bad at all, and a simple grilled chicken with rice was surprisingly exultant.

My friends liked the “Only for the Rich” pizza (lobsters and foie gras, among other things, on top), which we subversively ordered anyway, despite not being the intended audience, and which might be the reason I thought it something of an overwrought and underexecuted concept.

But what I’m looking forward to are non-inventive grilled meats and confit de canard tucked away at the back of the menu that used to be the highlights of a fine-dining establishment: These are Manuel’s strengths, and to be able to get them at a good price in an elegant setting with a satisfying bottle of wine is something of a minor miracle in Makati.

I ambushed Manuel after his shift in the kitchen and tried to pry more information from him about the numerous projects that claimed to bear his name, but he politely parried the questions.

But he was unequivocal on one point: This restaurant, he said, is mine. All mine.