A first: You can take out your favorite buffet dishes | Inquirer Lifestyle 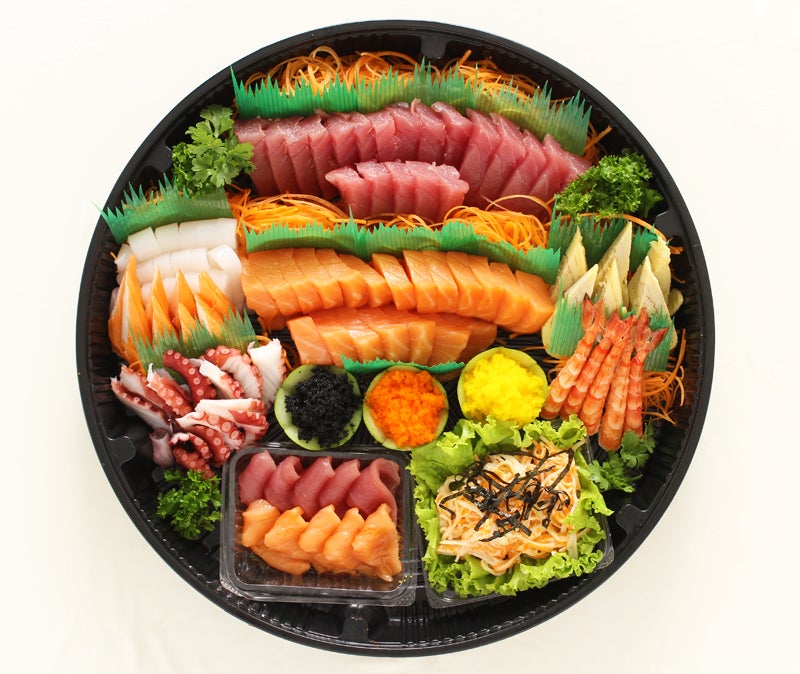 A first: You can take out your favorite buffet dishes

Ever dream of satisfying your buffet cravings right in the comfort of home?

That’s what Dads, Kamayan, Saisaki, and Sambo Kojin will fulfill in a new campaign called Goodness To Go (G2Go)—which allows you to take home your favorite dishes from their premium buffets.

Take home half or whole servings of tender and succulent US roast beef, US roast turkey, US stuffed turkey, New Zealand leg of lamb, and select American, Spanish, Italian, Greek, Chinese, Thai and Indonesian fare from the Dads menu.

Single and group orders of premium sushi, sashimi, tempura, yakimono, teppan and other mouth-watering Japanese goodies are in Saisaki’s G2Go menu. These sought-after specialties, with savory Korean treats such as chapchae, bulgogi and others are in Sambo Kojin’s G2Go menu.

An array of desserts, from whole cakes and pastries to beloved kakanin, and rice complete eat-all-you-can festivities.

The clamor of loyal customers, says Vic-Vic Villavicencio, the “dad” of Dads World Buffet and its pioneering eateries, prompted him to launch Goodness To Go.

“There is no buffet restaurant that will allow you to take out its food. We are the first,” says the famous restaurateur who started the eat-all-you-can buffet and no-leftover buffet in the country.

All G2Go dishes are prepared fresh and from scratch—not picked up or scooped out of the restaurants’ food stations, says Villavicencio.

This means certain dishes must be ordered in advance; the roasts, for example, require a day’s notice, and the lechon de leche needs a six-hour lead time. But the others, like sushi and sashimi, need only 15 minutes to assemble and pack.

Due to high demand, stocks move very quickly; any unconsumed stocks at the end of the day are considered cooking-grade quality and moved to the main kitchen. “So you will always get better sushi and sashimi from us,” says Villavicencio.

A not-so-secret weapon to his incomparable sushi and sashimi is Isao Takada, the Japanese chef who has been working with Villavicencio since the 1980s. The restaurateur laughs when the soft-spoken and all-smiles Takada explains, in so many words, how they met. “Every night, drinks, every night,” he says repeatedly while motioning with his hand.

What he means is: Villavicencio, who was running his groundbreaking, eat-with-your-hands Kamayan restaurant on Pasay Road, Makati, at the time, usually ended his day with a few drinks at the Japanese restaurant Shimazu where Takada worked.

“Mr. Takada had the best sashimi and sushi in the whole Philippines,” Villavicencio points out.

When the restaurateur put up his Japanese buffet Saisaki in 1985, he knew he couldn’t do it without an authentic Japanese chef. “So I looked for Mr. Takada and asked him to join me,” he says.

Since then, the tireless executive chef has been a much-photographed personality of Saisaki as well as Sambo Kojin, the Japanese yakiniku (grilled meat) and Korean barbecue buffet.

“When we launched Saisaki, Filipinos didn’t eat raw food,” says Villavicencio. Thanks to Takada’s enticing iterations of sushi and sashimi, they now do.

No wonder each new branch is almost always larger than the last. At 1,290 square meters, Sambo Kojin’s newest outlet at SM City Fairview is the biggest of its six outlets. With 114 tables fitted with smokeless grills, the branch also boasts over 200 food choices spread out in sashimi and sushi stations, Japanese and Korean specialties, a carving section for roast beef, roast pork belly and roast leg of lamb, and a substantial dessert station.

Named after the Japanese kitchen god, Sambo Kojin has come a long way from its first branch in Eastwood, Quezon City. Then no bigger than a function room, the fledgling buffet had 12 food selections and one dessert.

Families from this part of Quezon City (who typically got their buffet fix at Sambo Kojin’s West Avenue branch) make up the newest outlet’s clientele.

But Villavicencio’s children, who oversee the day-to-day operations of Dads World Buffet and Sambo Kojin, also observe that the restaurant is attracting a younger market, who likes to shoot and post pictures of its food on social media before eating it.

Bokie Villavicencio attributes the Filipinos’ changing food and eating habits to their travels. “Even our nieces and nephews eat out,” says the managing director and Sambo Kojin brand head. “Food is something Filipinos are willing to spend for; it’s no longer eating just to live, but eating as an experience.”

While the market and food trends continue to evolve, some things haven’t changed. Villavicencio still calls each of his kids up to five times daily, either to ask about work or simply shoot the breeze. “Every day!” chime his three children when asked if, after all these years, dad still has some valuable insights regarding the business.

“The company recently celebrated its 39th year, so if you have an idea, he probably thought of it already and he can tell you the chances of it working or not,” says Bokie with a chuckle.

Among his words of wisdom? “Food is art, but running a restaurant is science,” he says.

Villavicencio was also adamant about expanding and improving the restaurants’ dessert stations “because people don’t bake at home,” says Mara Villavicencio, managing director and brand head of Dads World Buffet. It also appeals to young diners as well as the Pinoy practice of ending each meal with sweets.

As for the patriarch’s offbeat idea of putting his two bustling buffet restaurants in one venue—often side by side—the restaurateur already knows it’s not only good for business, it’s good for the diners, too.

“Let them compete!” he exclaims. “If Sambo Kojin cannot stand up to Dads, then it has no reason to exist; same with Dads. So, while both buffets try to outdo each other, the other restaurants around them get affected. And it’s up to customers to decide where they want to go.”

To learn more about Goodness To Go, visit www.kamayansaisakidads.com and www.sambokojin.com