How to get your cosplay groove on | Inquirer Lifestyle ❮ ❯ 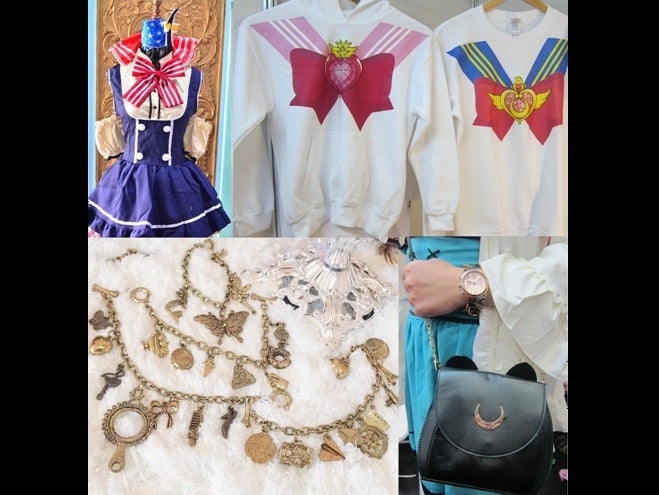 How to get your cosplay groove on

Cosplay is fandom made democratic and accessible.

Sure, there are master cosplayers—those who can afford tailor-made costumes or have sewing and crafting skills to make their own. Some are even genetically gifted with the sweet or handsome, wide-eyed face, as well as the slender, long-limbed figure common among animé characters.

These costume-and-roleplay pros flocked to the 2016 Best of Anime (BOA), held recently at the SMX Convention Center in Pasay. They came with their cloaks, armor and weapons. Others wore wigs, wings and fur and floaty, whimsical dresses. So many otherworldly creatures and humanoids showed up that they spilled out of the convention halls.

The amount of detail, not to mention the cosplayers’ commitment to wearing heavy or cumbersome pieces for hours, was admirable, creatively inspiring and not at all intimidating. They make cosplay seem like a fascinating world to step into, though perhaps one that could lead you down the rabbit hole.

So, how to get started? We recommend checking out two BOA merchants who also have online stores. Their booths at the animé convention featured items perfect for cosplay newbies.

The Costaku Shop has complete costumes that sell for P1,200-P2,000 per set—a reasonable amount considering it saves you from all the stress of putting together an outfit, or making trips to a seamstress.

Costaku owner Belle Kasilag, aka Beru Kashiragu, has been a cosplayer for years. She has expertly nailed the pretty animé look from head to toe, which probably explains why her merch veers toward kawaii (meaning cute, adorable) and fantasy.

For the more subtle but fashion-inspired route to cosplaying, there’s Inamorata, which has fantasy and fandom apparel, accessories, bags, purses.

Owner and graphics artist Ariel Roma Angela infuses Inamorata with items printed with designs, including her own. What’s cool about about the statement graphics is that it transforms lovely, ethereal animé like Sailor Moon into badass heroines.

Her BOA booth also featured a charms buffet, where one can customize accessories or keepsakes with charms, beads, ribbons and other fancy danglers.

Inspired by The Costaku Shop and Inamorata, here’s the Inquirer Super guide on how to get your cosplay groove on. 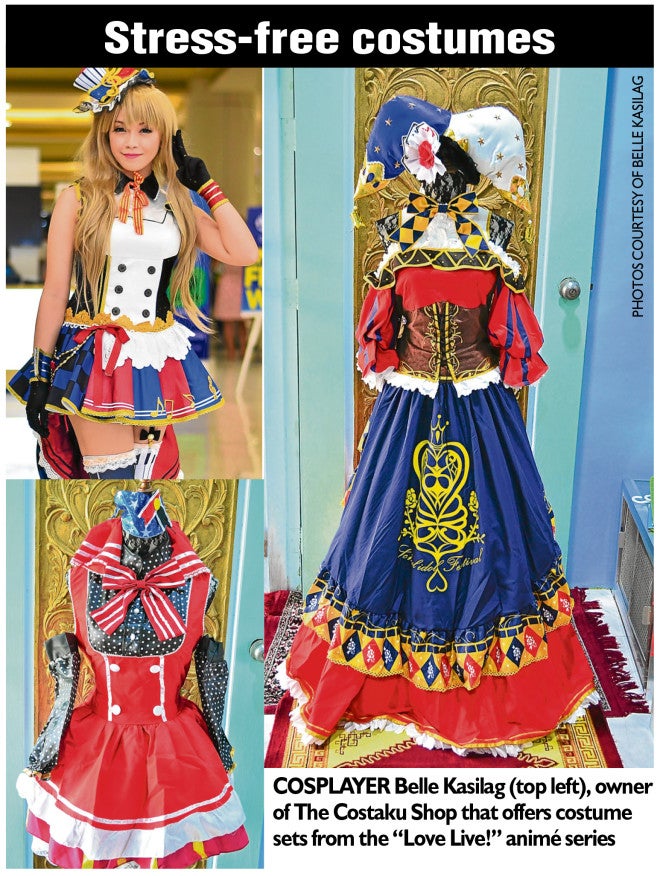 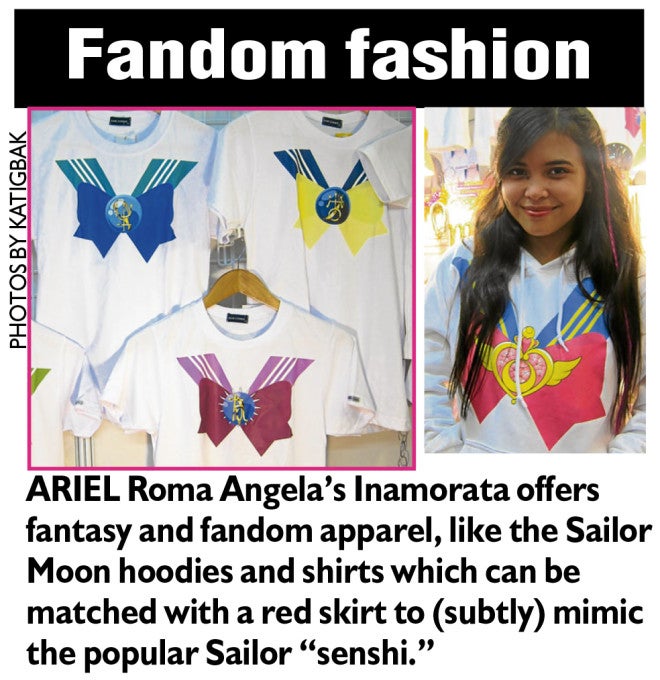 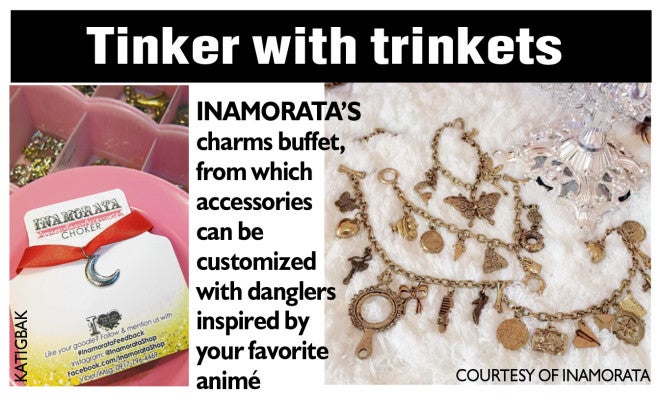 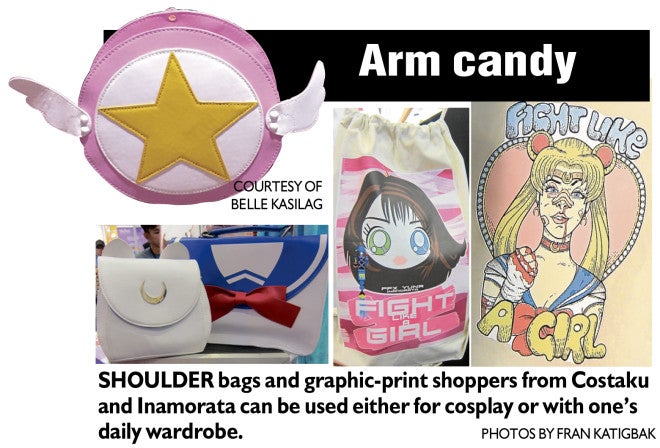 Both merchants will have booths at Cosplay Mania Oct. 1-2 at the SMX Convention Center, Mall of Asia Complex, Pasay City.