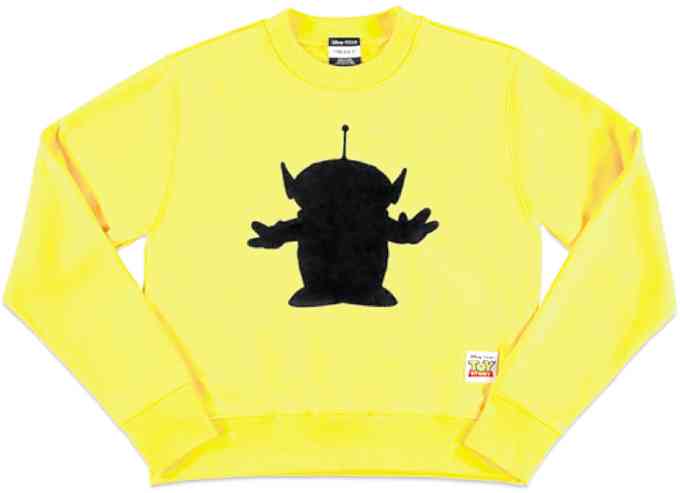 The 29-piece collection consisting of women’s, men’s and kid’s clothing and accessories  brings the Pixar magic from the screen to the racks as it celebrates classic characters from Disney Pixar animated films such as “Finding Dory,” “Monsters, Inc.” and “Toy Story.”

The latest iconic characters like Buzz Lightyear, Dory, Nemo, Woody and Mike Wazowski are in trendy bodysuits, bomber and denim jackets, cropped T-shirts, sweaters and sweatpants, as well as beanies and tote bags.

There are items with wordplays on the characters and their stories including “Buzz Worthy,” “Go With the Flow” and “Monster Crew.”

The Forever 21 Disney Pixar collection is highlighted in an episode of “Destination: Disney Style,” the five-part video series that takes viewers on a trip around the globe to explore the unique ways Disney characters are interpreted through fashion.

The video follows Lauren Riihimaki of YouTube’s LaurDIY as she surveys the capsule collection. The series is running on the Disney Style YouTube.

In the Philippines, Forever 21 is partnered with the SM Retail Group.