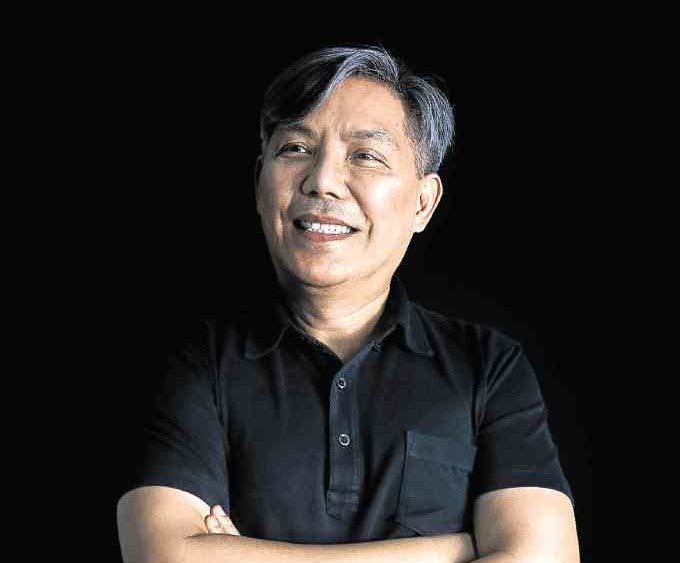 EVEN at that age, Vijandre was already flamboyant.

The 7-year-old Chona Kasten doted on

This happened when I was still a seventh grader at St. Theresa’s College—in short, it was eons ago, but so long after the dinosaurs had disappeared from the face of the earth.

Our class was on a weekend camping trip in the suburbs, shepherded by our teacher, Sr. Emma Vijandre, a nun of the ICM order that ran St. Theresa’s.

It was sundown, we were on the beachfront, when Sister Emma announced that she would be visited by her mother and younger brother. We all trained our sights on this well-coiffed woman—Sister Emma’s mom—and this small tot who, even from afar, we sensed would have such a big presence that early evening.

That seven-year-old boy was, to put it simply, precocious. He became our center of attention—because he could out-talk our bunch of homesick graders (we got homesick during overnighters then, we were that pristine). And he regaled us with his questions (about us) and tales (about himself). He was a seven-year-old who was capable of one-liners.

He was Chito Vijandre, Sister Emma’s youngest brother. He was a grader at La Salle Greenhills.

Even at that age, he was flamboyant.

And—I remember distinctly how he carried a sketchpad. He was drawing the sunset, the beachfront scene, us, anything. He was that hyperactive.

But also, in that short evening he was with us, we knew that this boy was talented.

Then his mom told the class how even Chona Kasten and Chito Madrigal—big names we graders only read about and kept us in awe—doted on this tyke. Manila’s women of style then found him entertaining, smart, and obviously he could talk style at that age.

Fast forward to the ’80s when I was already a lifestyle journalist, and had to cover Chito Vijandre, the fashion designer.

Vijandre didn’t surprise me one bit, even if his collections were always full of surprises, because by then, I already knew how talented he could be. I thought he would be a visual artist.

But no, Vijandre chose to be a fashion designer. He always thought out of the box, so that it was a challenge to do an accurate reportage of his collections.

While other designers turned out collections in the mold of, say, Saint Laurent, or Chanel, or Lacroix, Vijandre simply couldn’t be stereotyped.

He was a free spirit, so again, we weren’t surprised that apparently bored with fashion, he jumped over—effortlessly—to interior design, and later on, he blazed yet another trail in lifestyle retail.

Vijandre is an artist, first and foremost, and uses design to show his art. We knew that as early as that camping weekend.

But unlike some artists, he has the eye. Perhaps his exposure to stylish women, starting with his mom, while growing up has shaped his taste and trained his eye to discern sophisticated stuff, and this he put to good use in retail.

We’ve watched each other evolve in our respective careers because Sister Emma has become a second mother to me—from grade school to my young adult and now simply adult years.

Like Vijandre, Sister Emma, a psychologist who’s into cosmic consciousness and spirituality, is also a free spirit. Sometimes she is allowed by the congregation to stay with her family.

These days, however, Sister Emma can’t come home not only because of her delicate health—but also because much of their home space has been occupied by Vijandre’s clothes in the run-up to his gala show.

Like in the past decades, I know that on Oct. 8, at his Red Cross gala, Vijandre will surprise me—yet again.