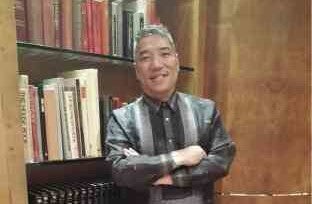 Ambeth Ocampo, only the fifth Filipino to win Fukuoka Prize

Despite the numerous accolades he has received in his career, historian and book author Ambeth R. Ocampo said he was humbled after being chosen as a recipient of this year’s Fukuoka Prize.

“Historians live a monastic life, so to be recognized makes all the work worth it,” Ocampo said at the press conference prior to the awarding on Sept. 16.

The Fukuoka Prize, which has been awarded yearly since 1990 in Fukuoka, Japan, is conferred on outstanding individuals or groups that preserve and create the unique and diverse cultures of Asia.

Ocampo credited his parents for allowing him to pursue his interests that have turned into a passion for research and writing. His elderly father flew to Japan to attend the awarding and even joined his son on stage.

“It is a blessing for my 91-year-old father to witness the awarding of the 2016 Fukuoka Prize on me last Friday. Without him, I would not be,” Ocampo said in an Instagram post.

In an exclusive interview with Inquirer Lifestyle at the Grand Hyatt Fukuoka, Ambeth narrated how he was unfazed by the criticism he received from his freshman English teacher at Ateneo High School.

“I was not a good student. I was traumatized by my teacher,” he said. “She told me, ‘It’s impossible for you to write this way,’ after I had submitted an essay. She announced this in front of the class; she didn’t even bother to pull me aside.”

The teacher then gave him 10 minutes to come up with a new essay, which he promptly did. “I wrote about her flaky makeup and tawdry dress. When she read it, she was even more peeved. The whole semester was awful. My classmates were telling me, ‘Tantanan mo na’ (stop goading her) so she’ll be nice to all of us.’”

He persisted, so they were at loggerheads the entire semester.  Ocampo, however, had the last laugh after an essay he entered in a high school writing competition as a senior won a prize.

“My entry had no capitalizations or punctuations,” he said. “In retrospect, a lesser person would have folded up and not written anymore. I’d like to think in a roundabout way that experience has made me what I am so I should probably thank her.”

Ocampo has said many times before that he started writing because “I didn’t like the way history books were written. I’d like to think that with my essays and books, I made history more accessible.”

His columns in the Philippine Daily Inquirer, which he started writing in 1990—the same year the Fukuoka Prize started—are short, concise and full of interesting historical details.

Still, he advises readers to go beyond his writings. “What’s important is that you read something more serious and weighty” even if one

columnist complained that Ocampo’s columns are like heavy appetizers that get readers so full that they cannot eat the main meal. “My reply is that, like eating, you have to pace yourself. I’d like to believe I serve a particular purpose by writing the way I do,” he said.

While there were—and still are—some historians who criticize the way Ocampo popularizes Philippine history, there are also those who back him up.

“I was lucky because I had Gilda Cordero-Fernando, Carmen Guerrero Nakpil, Teodoro Agoncillo, Emilio Aguilar Cruz; they encouraged me to write. Sometimes I think all it would have taken was a snide remark from them and maybe I would not have written.”

The late author and Inquirer Lifestyle columnist Doreen Fernandez was Ocampo’s freshman English professor in college, who encouraged him even after he flunked a diagnostic test on English grammar.

Still, he managed to ace the second test Doreen gave where he had to correct grammatical errors.

“She asked me, ‘If you don’t know what an adverb is, how did you perfect this test?’ It’s hard to explain but I can tell if a sentence ‘sounds wrong.’ That’s when she told me I should just skip the grammar and keep writing.

“I never got an A in her class but I’ve published more books than all my classmates combined.

“When she was still alive, we would attend each other’s book launches. We’d then jokingly compare who had more books published.”

Ocampo is currently working on a new one based on the diaries of former President Ferdinand E. Marcos from 1969 to 1984.

“I’m moving out of my Rizal 19th century comfort zone and doing an edition of Marcos’ diaries so you can see what he was like. It’s biased, self-reverential and he talks about everything… his bowel movements, his discussions with Imelda before coming out of the room. It’s a very personal thing,” he said.

The new book is set to be published in time for the dictator’s 100th birth anniversary next September.