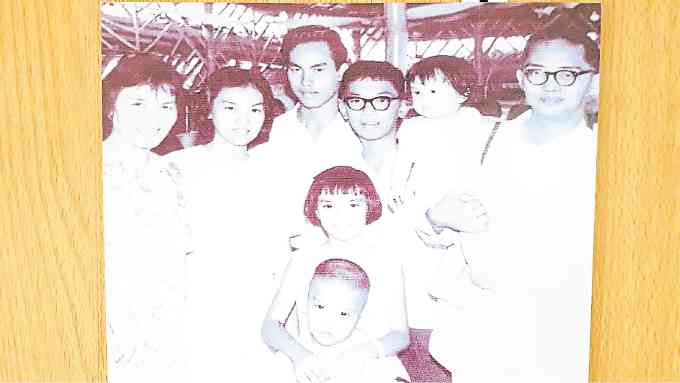 A picture of Franz Arcellana's family featured in the Arcellana exhibit.

The faculty of the University of the Philippines (UP) Diliman’s English and Comparative Literature Department (DECL) recently held a day-long tribute to the late National Artist Francisco “Franz” Arcellana.

Arcellana was a celebrated Filipino fiction writer, essayist, poet, literary critic and teacher. He was born Sept. 6, 1916; he would have celebrated his 100th birthday this year.

He is widely considered the progenitor of the modern Filipino short story in English. His works have been translated into Russian, Italian, German, Malaysian and Filipino. The renowned writer is best known for short story “The Flowers of May,” which won second place in the 1951 Don Carlos Palanca Memorial Awards for Literature.

Arcellana received many other awards in his lifetime, including the first-ever award for art criticism from the Art Association of the Philippines in 1954, and the Alagad ni Balagtas for English fiction from the Unyon ng mga Manunulat ng Pilipino in 1988.

He was proclaimed National Artist of the Philippines in Literature in 1990 by then President Corazon Aquino. He died in 2002; as a National Artist, received a state funeral and is interred at Libingan ng mga Bayani.

The tribute was dubbed “To Open All Closed Things. A Centennial Celebration of the Life and Works of Francisco Arcellana.”  Former students, colleagues and his family graced the event.

The program opened with remarks by UP Department of English and Comparative Literature chair Dr. Lily Rose Tope. Dr. Jonathan Chua of Ateneo’s Department of Interdisciplinary Studies, Dr. Maria Corazon Castro, and professor Anna Felicia Sanchez each talked about Arcellana and the significance of his body of work.

The latter part of the gathering was highlighted by the opening of the Arcellana Exhibit, which showcased vintage photos and other memorabilia during his long tenure as a teacher in UP Diliman.

The penultimate part of the event featured literary readings from Arcellana’s works, and a banquet dinner at the UP Diliman Executive House.

Featured in the program were a poetry reading by another son, journalist Juaniyo Arcellana, and Dr. Lydia Rodriguez-Arcellana’s recitation of her father’s popular 1939 poem “Prayer.”

UP President Alfredo Pascual also did a reading of another Arcellana’s poem, “The Other Woman.”

Young readers and those unacquainted with Arcellana’s extensive body of work can look them up in the UP Press.