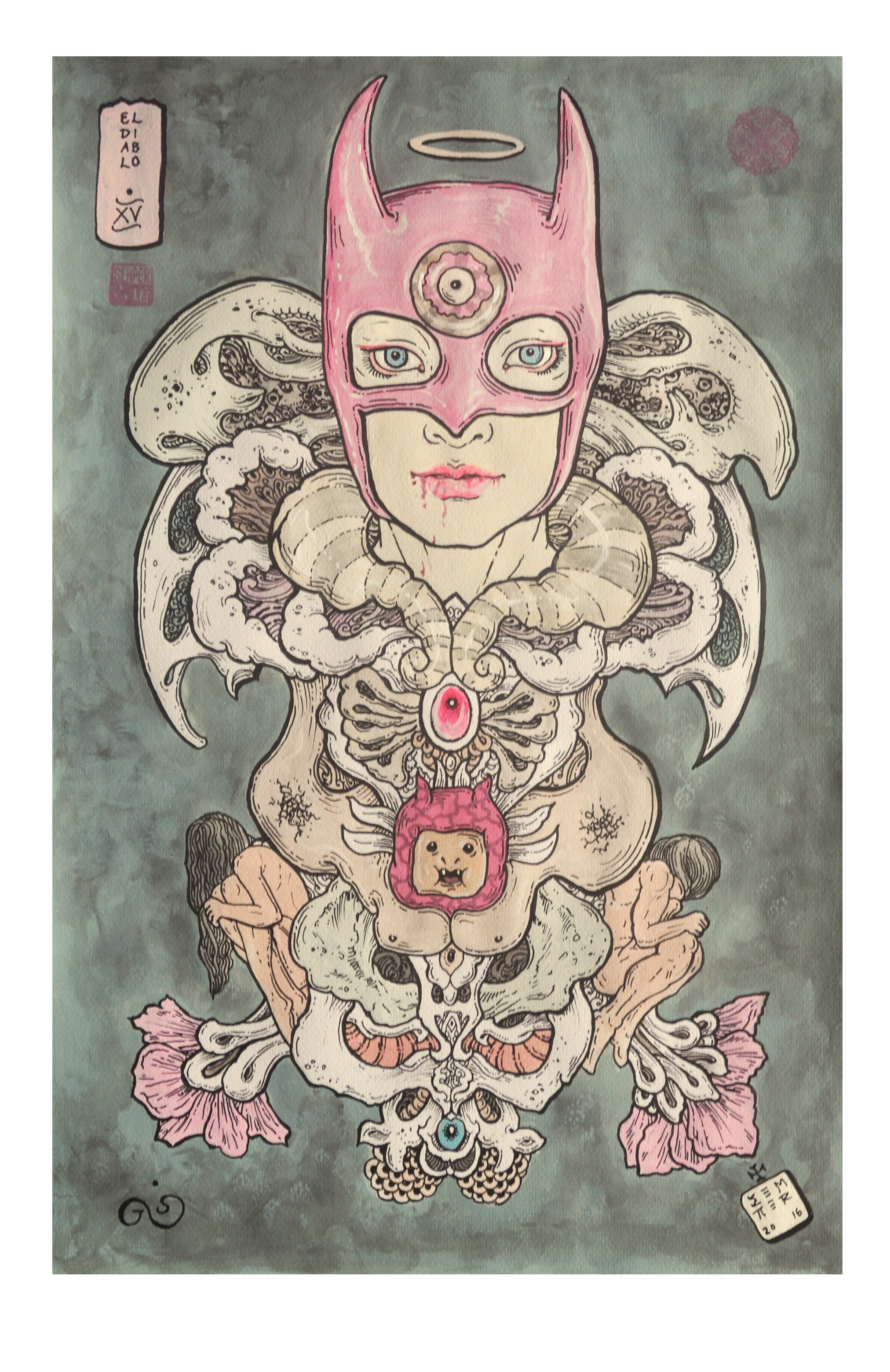 “THE DEVIL,” by Gromyko Semper

The exhibit will pay homage to Orlina and his “breakthrough” glass art, according to art critic Cid Reyes.

“What (Orlina) did was nothing less than a breakthrough,” Reyes said. “He treated glass as though it were marble or stone by applying the principle of direct carving, indeed, releasing the figure trapped from within. Then or since, no one in the country, indeed, in the whole of Southeast Asia, has treated glass as if it were marble.”

Today, Orlina works with optical glass, a specialty glass used for optical devices such as telescopes, binoculars and eyeglasses.

“Incapable of creating an infelicitous design, Orlina, always sensitive to light, has decided to float these vaporous exhalations of color to actively accentuate and contrast and complement the equilibrium of light emanating from optical glass,” Reyes said.

Gallery Nine will also exhibit the new works of Gromyko Semper, a 31-year-old self-taught artist based in Cabanatuan City, whose drawings are executed to imitate woodcut prints and embody a personal, invented mythology after the fashion of William Blake in the early 19th century.

His artworks are largely seen as a mystic revelation of a hitherto unknown mythos and pantheon, a synthesis of Jung, Kabala, Gnosticism and various archetypes borrowed from the ancient civilizations of the Mediterranean, the Middle and Far East to encode a synthesis of his views.