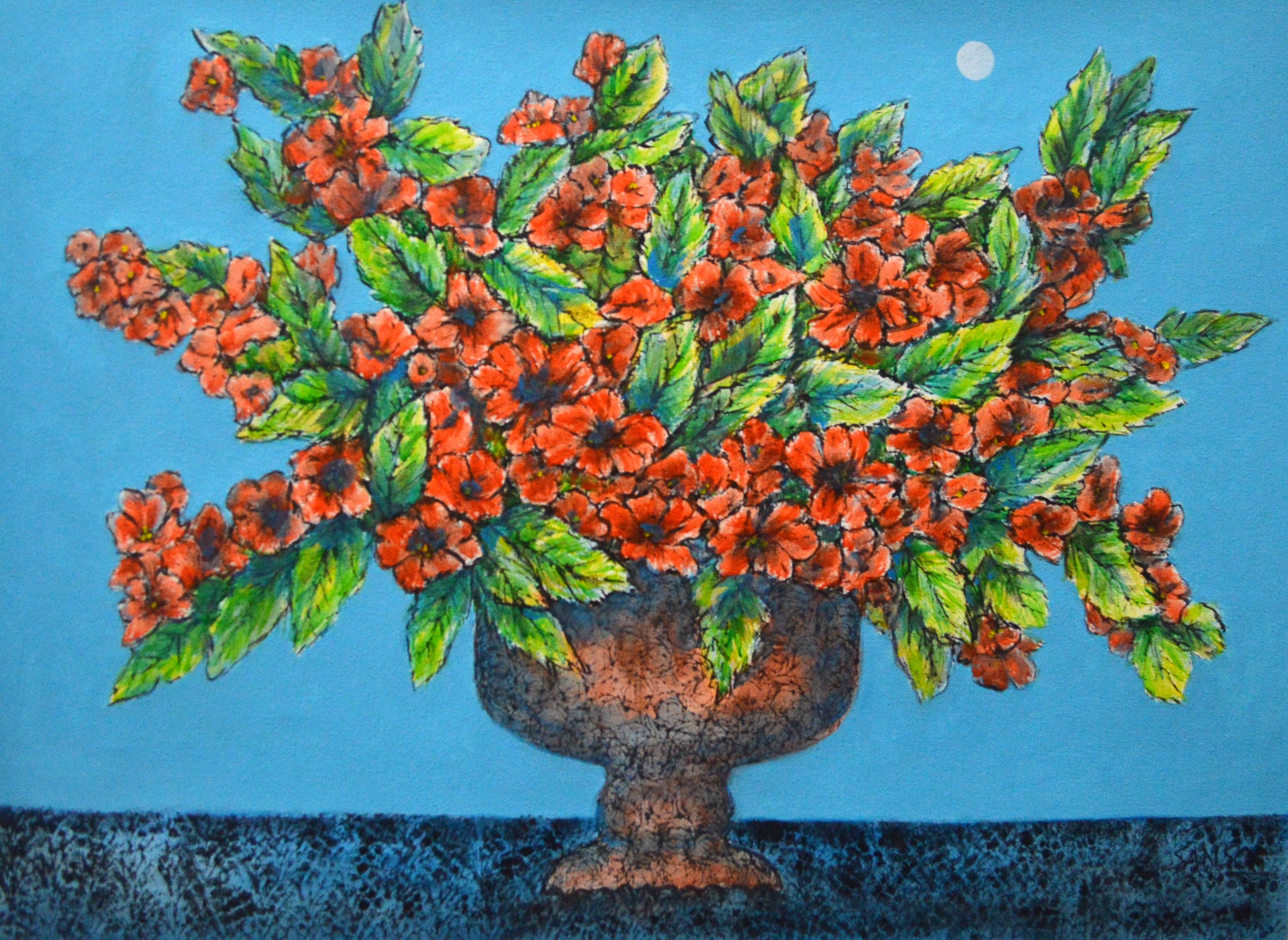 “WITH Melodious Joyfulness,” by Juvenal Sanso;

THE BEST of modern and contemporary art will be exhibited by several galleries at the 9th ManiArt at the SMX Convention Hall in SM Aura, Taguig City, Oct. 7-9.

Galerie Francesca’s “Mark of Excellence” will pay tribute to the masters such as National Artist J. Elizalde Navarro and Presidential Medal of Merit Awardee Juvenal Sansó.

Also featured are the works by Fil Delacruz, Herbert Pajarito and Jerrico Blanco.

Galleria Quatrocento’s “Petits Récits” will feature new works by Marcel Antonio that explores the ideas of French cultural theorist Jean-François Lyotard’s and his examination into meta-narratives.

Galleria Nicolas will hold a one-man exhibit works by famed painter Dominic Rubio, whose paintings of colonial figures with elongated necks disclose a fascinating insight into the Philippine psyche.

Coming off from a successful unveiling of his mural at the Philippine Embassy in Washington DC, University of Santo Tomas-trained Rubio is one of the most celebrated visual artists today. “Arresting is the punctilious application of pigment and the delineation of the figures… technically adept, Rubio displays impressive workmanship,” said art critic Cid Reyes.

Ombok Villamor’s striking organic abstractions will be on display at at Galerie Raphael’s booth.