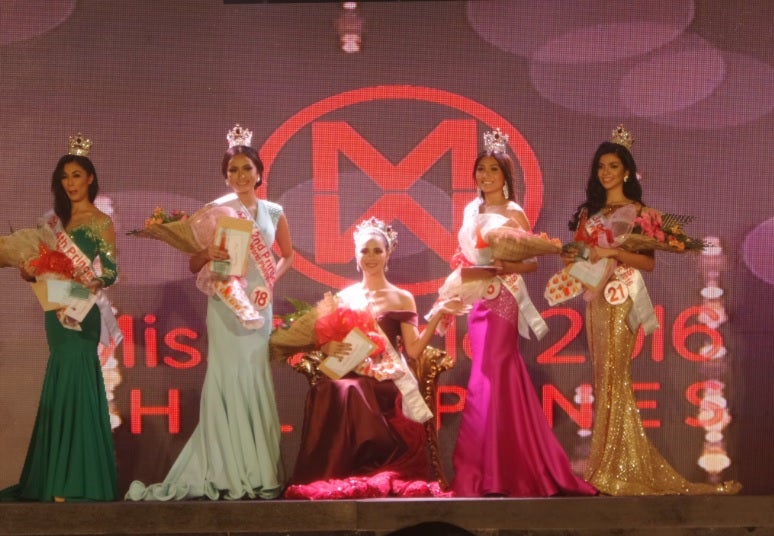 Once again, the candidate who amassed the lion’s share of special awards romped away with the Miss World Philippines crown.

She earned a total of P100,000 from these special titles.

For bagging the National title, the new queen also received P500,000 a brand new Hyundai Eon car, and earned the right to represent the Philippines in the 2016 Miss World pageant in Washington D.C. in December.

Marah Muñoz from Parañaque City came in fourth, while Miss Photogenic Sandra Lemonon from Pasig City rounded up the Top 5.

Gray received her crown from last year’s winner, Hilarie Parungao, who finished in the Top 10 in the 2015 Miss World pageant in China.

Actor Richard Gutierrez shared hosting chores with former Miss World Philippines titleholders, Gwendoline Ruais who placed second in the 2011 Miss World pageant in London, and Queenie Rehman who finished in the Top 8 in the 2012 Miss World contest in China.

The Philippine Daily Inquirer is a media partner of the 2016 Miss World Philippines pageant. TVJ