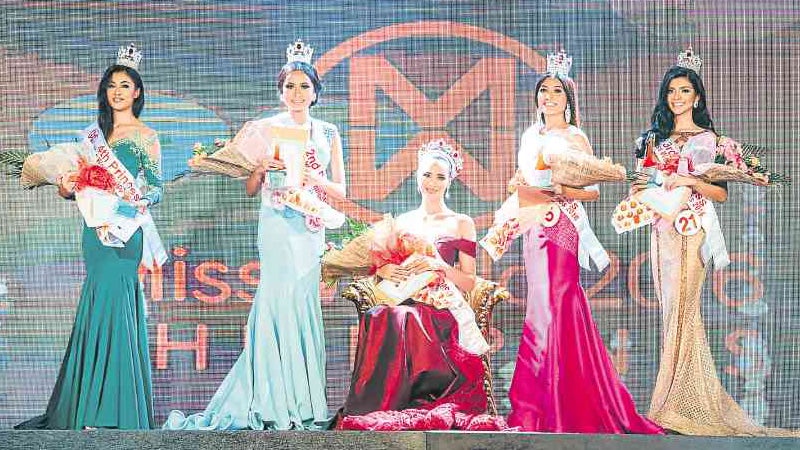 SHE MAY have amassed the lion’s share of special awards and snagged a convincing victory, but newly proclaimed 2016 Miss World Philippines Catriona Gray said the moment still caught her by surprise.

“I know the crown is on my head, but it hasn’t sunk in yet. I don’t know when it will, but this is an amazing moment,” the 22-year-old model said after her coronation at the Manila Hotel Tent on Sunday night.

Albay province’s representative to the annual national search bested 23 other aspirants from all over the country to earn the right to represent the Philippines in the 2016 Miss World pageant in Washington in December.

Asked why she should be Miss World Philippines during the final round of the competition, Gray said: “To be a Miss World is to be passed a torch that burns with passion and purpose. If I am to become Miss World Philippines, I will dedicate my voice and essence to carry that torch and to set charitable causes alight, such as my personal advocacy, the Paraiso Bright Beginnings Project.

“And I would focus on passing on this torch to empower others, because I believe together there is no darkness in this world that our light cannot overcome.”

She was also proclaimed best in swimsuit, best in evening gown, best in fashion runway, Miss Hannah’s Beach Resort and Miss Manila Hotel, which came with a P20,000 cash prize each.

Gray received her crown from last year’s winner, Hillarie Parungao, who finished in the Top 10 of the 2015 Miss World pageant in China.

The Bicolana beauty said she hoped to use her crown to push for projects focusing on education.

“I really want to make charity a huge aspect of my reign,” said Gray, who earned a master certificate in music theory from Berklee College of Music in Boston, Massachusetts.

The Philippines has had an impressive streak in the Miss World pageant recently, highlighted by Megan Young’s victory in 2013, the first for the country.

The Philippine Daily Inquirer is a media partner of the 2016 Miss World Philippines pageant.