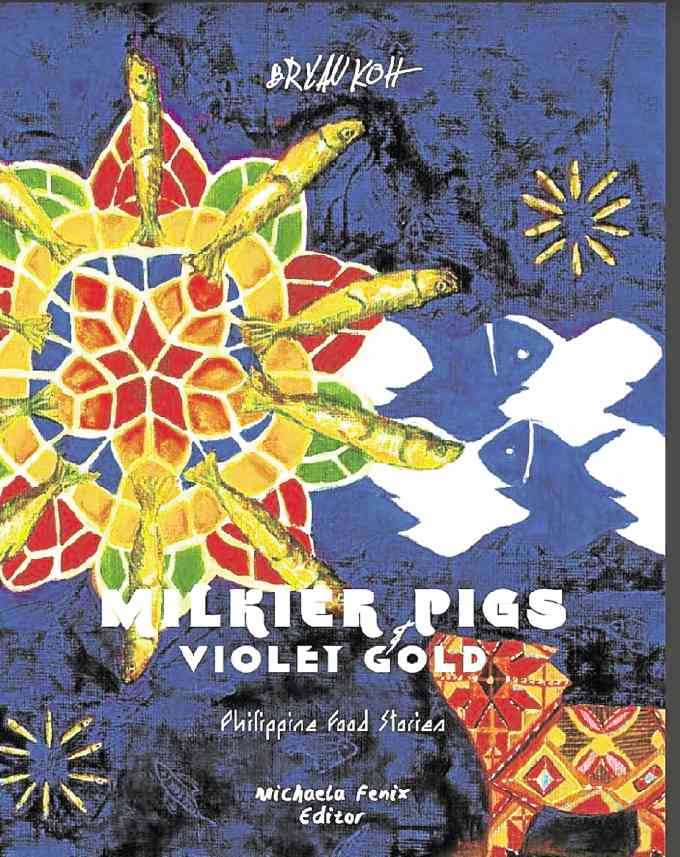 Pinoy food through a Singaporean’s eyes 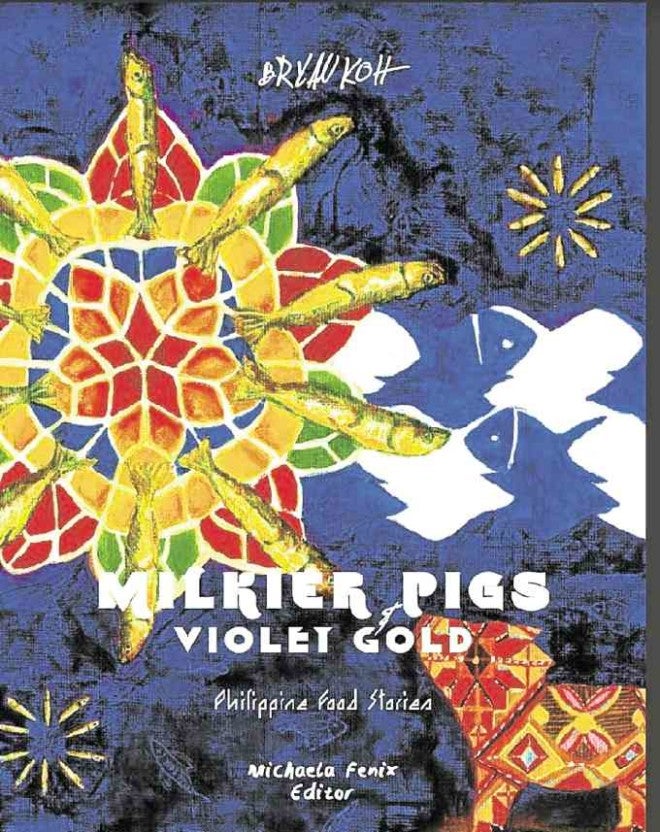 Koh was in town for the Madrid Fusion Manila 2016, during which I seized the opportunity to interview him. But we ended up discussing if I could edit his book’s revised version, “Milkier Pigs and Violet Gold: Philippine Food Stories.”

As it turned out, Koh has a penchant for unusual book titles. To a Filipino, it’s easy to guess that lechon de leche is  “milk pig,” but “violet gold” is a bit more difficult to those who have never seen “ube halaya” with a spot of Star margarine on top—the way my lola’s driver, Mang Gusting, used to present his gift for her every Christmas. But that is my interpretation, not his.

Koh’s other book is on Burmese cuisine, “0451 Mornings are for Mont Hin Gar.” And like his books on Philippine cuisine, you’d need to know the place and culture to decipher what the title means. Someone told me that it has something to do with Burmese proverbs which stops at number 0450, and my research disclosed that mont hin gar is a soup dish.

You may well ask why Koh chose Filipino food as a subject of research, an extensive one throughout the country, and then writing. At the launch of “Milkier Pigs” I said that Koh was a great example of those who grew up with the cooking of their yaya—the domestic helpers who introduced their young wards to local cuisine.

Koh wrote how his first few memorable encounters with “pagkaing Pinoy” happened during primary school. And so he described sinigang, and enumerated his other childhood favorites:  munggo guisado, sinangag, pakbet, tortang talong, suman. Isn’t that a better way of promoting our cooking than opening restaurants abroad?

There are those who are puzzled, sometimes rather affronted, by the thought of a foreigner writing about our food. As if only Filipinos can and should write about our food.

Felice Sta. Maria said during the book launch that she was glad Koh provided an Asian point of view, as most of what we’ve read so far were by Western writers whose sensibilities were foreign, of course. She then encouraged Filipino food writers to write about other Asian cuisines.

Editing Koh’s book was a learning experience. Food terms may differ from province to province, and even from town to town. They can be confusing.

But it is also gratifying to know that our languages have survived, that we have words that describe, for instance, the different stages of a coconut’s growth.

I was amused talking with guests at the launch, how sometimes, certain food purportedly from one’s province shows class divisions. In many cases these distinctions no longer hold true, as more people move up and down the economic scale. Those who work abroad are exposed to different cooking styles.

Koh graduated with a degree in Mathematics at the National University of Singapore. He went to pursue a Masters of Management in Hospitality at Cornell Nanyang Institute. He spent years researching on Filipino and Burmese cooking, and yet looks like a fresh college graduate.

He said he didn’t ask for the recipes, but those were given to him, though one “manukan” stall in Bacolod would not let him see the process.

He tested the recipes himself with assistance from Rajiv Daswani whose company, The Kitchen Bookstore, markets the book.

The chapters are divided into regions and the regions in the towns Koh visited. But he began with “Home,” which one can presume means Singapore; and it is, except that the food is typically Filipino—crispy pata, pancit Canton, sinigang na baboy, buko pandan.

Those were his Sunday special lunches prepared by his yaya in a busy kitchen during tranquil weekends.