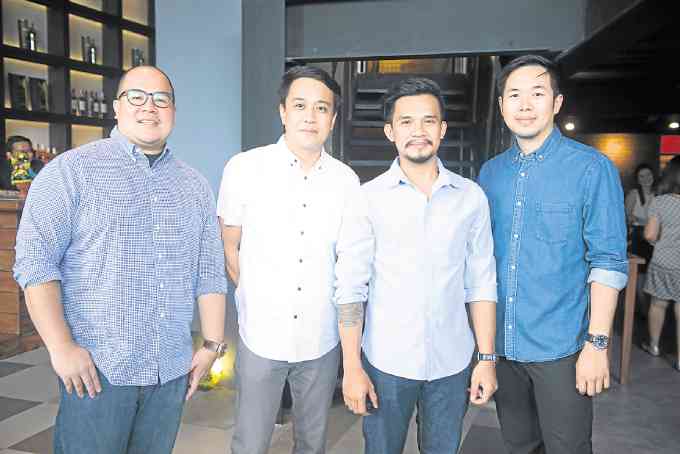 On this first visit to Iloilo City in Western Visayas, we are impressed by the look and efficiency of the place.

Our plane lands on time in the thoroughly modern Iloilo International Airport. Its architectural design is minimalist; inside, it’s airy.

The road along Tomas Confesor Highway is wide and well-paved. There is a park where townsfolk can bike and walk around.

It takes about 30 minutes to reach Mandurriao, site of Iloilo Business Park (IBP), a new development by Megaworld which is helping drive the economy in this part of the country.

Sleek buildings, many already operating, others still under construction, dot the area. Alfresco-style malls and three posh-looking condos are also being built.

Measuring 72 hectares, IBP —where the old airport used to be—is decidedly contemporary, although Megaworld has left the airport’s control tower standing as a nostalgic landmark.

Occupying space prominently is the Iloilo Convention Center (ICC), where some of the 2015 Asia-Pacific Economic Cooperation (Apec) ministerial meetings were held.

A branch of Megaworld’s Richmonde Hotel is strategically situated a stone’s throw away from the convention center; on the other side, a new Marriott Hotel is being constructed.

The IBP is a stark contrast to the old central district of Iloilo, where you can still find heritage buildings, as well as period houses in Jaro, La Paz, Molo and Lapuz.

Cable Car—a bar and restaurant known for its good food, cold drinks and beer pong—reminded Manjo Uy of his college days in Manila when he and his buddies would go out and enjoy the nightlife. “It’s part of my happy memories,” says Uy, who has opened a Cable Car franchise in IBP.

He notes that he was surprised with the reception of his fellow Ilonggos to Cable Car, but adds that the locals prefer a more family-friendly ambiance, compared to the youthful (sometimes loud and rowdy) atmosphere at Cable Car branches in Luzon.

The interiors of DoVa restaurant can easily match those of the posh dining places in Makati or Bonifacio Global City. There are rustic-theme accents and various knickknacks from the home of chef Miguel Cordova who’s also the proprietor.

He explains the story behind DoVa: “Ilonggos love to eat. Our community is an agricultural one, and we have learned to harness the blessings from the land and turn the resources into ingredients for our food.”

He adds that the typical Ilonggo is not a morning person: “We wake up quite late, hence, we welcome the concept of brunch. Iloilo is a laid-back city. We love to eat our food slowly.”

Try DoVa’s signature Eggs Benedict dish or the Cashew Brittle Salad. Its Herb Roasted Chicken is particularly good, and so is the Sticky Pork Ribs.

The coffee selection is extensive, some of it sourced from as far as Benguet.

The last food stop is Farm to Table. Proprietor and chef Pauline Gorriceta-Banusing says that her restaurant has been so well-received that she has to personally assist the staff.

Indeed, it is packed even on a weekday.

The interior design is modern, with accents that make for a classy restaurant. However, chef Pauline’s backstory betrays the swanky interiors of Farm to Table.

She says she put up the restaurant to “give something back to the farmers”—hence its name. “The wealth of Iloilo is built upon the backs of our farmers. The province grew rich because of the farms and the farmers who tilled and harvested them. By sourcing my ingredients directly from them, I support the local economy and, at the same time, give my guests a healthy, quality meal.”

Try the Farmer’s Bowl with Calamansi Vinaigrette and the Eggplant Truffle Lasagna.

The Organic Lamb Steak with mashed kamote sidings is a winner. The lamb is tender and made with herbs and spices that are so fresh and flavorful that you don’t need a mint sauce.

For dessert, chef Pauline recommended her newly created Chocolate Squash Cheese Cake. It’s an absolute must-try. It is the perfect example of Farm to Table’s philosophy, she explains: “I had a surplus of squash in the house because a farmer came in this morning and asked if I would buy his produce. I couldn’t say no to the man, so I bought all his squash. Now the problem is, what to do with it. So, I thought, why not make a cake out of it?”

More dining options are set to open in the area; the mall and other commercial buildings will be launched by early 2017.

Ilonggos are apparently well-traveled, and now look for food beyond La Paz batchoy and molo soup.