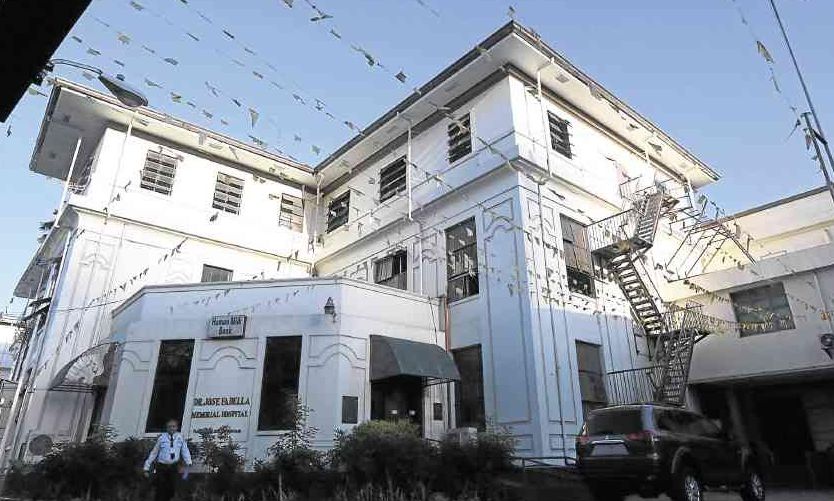 Following findings of the Department of Public Works and Highways (DPWH) and an engineering firm that four of eight buildings of the Dr. Jose Fabella Memorial Hospital in Manila’s Santa Cruz district are no longer structurally sound, heritage advocates are expressing concern over the possible demolition of these structures, particularly the hospital’s main building which was built during the American period.

Architect and author Gerard Lico told the Inquirer that the main building was formerly called the Bilibid Prison Hospital and completed in 1907. It is, thus, more than 100 years old and qualifies as a presumed important cultural property under the National Heritage Law of 2009 (Republic Act 10066).

The hospital’s compound is adjacent to the Manila City Jail complex, also known as the old “Bilibid” (prison) built during the Spanish colonial period.

Lico, who was contracted by the Department of Health (DOH) to write a book on the hospital, explained the Bilibid Prison Hospital is one of the earliest works of William F. Parsons, the famous architect of other Manila landmarks such as the Army Navy Club, whose shell has been demolished, ancient trees uprooted, and landscape destroyed to make way for commercial development; Elks Club, which is now the Museo Pambata; and the Manila Hotel.

A DOH statement sent to Inquirer Lifestyle cited the DPWH findings and said “continued and long-term presence of people inside the unfit Fabella buildings is dangerous to life and property, especially in case of an earthquake.” It said the DOH would just construct new buildings on its complex on Rizal Avenue and Tayuman Street, where the hospital is located, instead of retrofitting the old ones.

But in her statement defending the demolition, Health Secretary Paulyn Jean Rosell-Ubial seemed not to know about the history and the cultural importance of the Parsons building.

“It is more expensive to retrofit the existing Fabella buildings than to build a modern and bigger national maternity hospital that can efficiently and safely serve the health care needs of pregnant women and newborns, a DOH architect avers,” said Ubial.

She also did not know that the Parsons building was more than a century old and was really built as a hospital.

“We must understand that the buildings of Fabella hospital were built in the 1950s,” Rossell-Ubial said. “The buildings were designed as government offices, not as a hospital.”

“While we support the modernization of health facilities at the Fabella Hospital, any demolition of heritage structures will violate both Republic Act 10066 and the 2016 General Appropriations Act, which specifically prohibits funding of government projects that entail the destruction of heritage hospitals,” he said.

“A modern hospital can always be built incorporating the heritage building and without altering its character,” he added.

Henares said   DOH should coordinate with national cultural agencies to guarantee the preservation and conservation of the Parsons building.