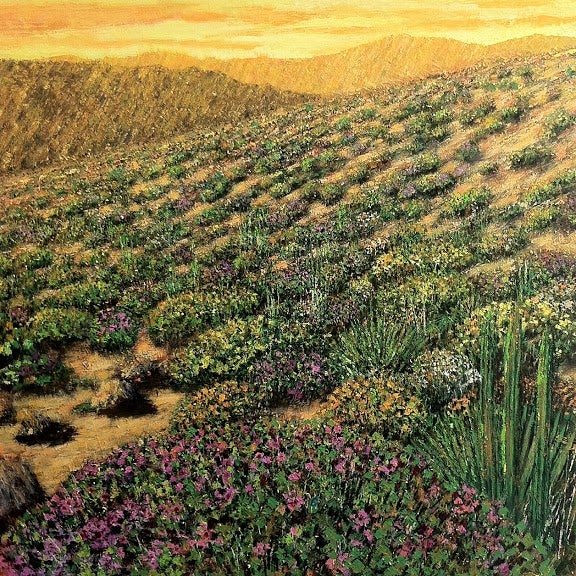 Leo Orii isn’t one to shy away from the title artist. At 79, he has had a very distinguished career making paintings and tapestries for clients that have included Richard Nixon, King Hussein of Jordan, Tokyo’s Imperial Palace Hotel, the Ritz Carlton Hotel and Las Vegas Hilton.

As he turns 80 and reaches another milestone in his life, Orii is embarking on a new artistic endeavor, one that would have him exchanging his brushes for the pen. It took him four years of writing, but he eventually finished his two-part debut novel, “Sampaguita and Gold Button,” a Second World War-era novel set in the Philippines and in Japan.

Despite his illustrious career as successful businessman and artist, Orii says he would cringe when called writer or novelist.

“No, no, no, I’m not a writer,” says Orii, smiling sheepishly at the suggestion.

Again, it may just be because of his natural artistic talent that he was able to weave an easy-to-read yet delectable story spanning two generations beginning with a young Japanese sailor who finds love in Cebu.

In 1940, the young Yuji Izaki is a sailor on a docked freighter ship when he decides to wander around the city where he meets locals who are just as in awe of him as he is of them.For Yuji, this new experience is too overwhelming, as despite the obvious language barrier (Yuji knows little English), he feels welcomed by the locals, even receiving an invitation to the home of Samuel whose father once worked for a Japanese national in Manila.

It is through these fortunate series of events that he would meet Mina, a young Cebuana who Yuji would fall in love with and lead him to decide to come back to the city and stay there should he acquire his parents’ permission upon his return to Japan.

All goes smoothly for Yuji as he begins his new life in the Philippines and through his first few months, it is either through the kindness of the locals that helps him accomplish all that he sets out to do. It is, however, his love for Mina that drives him to go far and beyond what is expected of him by the Cebu-based Japanese company that hired him.

But the war separates the two, eventually and Yuji finds himself back in Japan, drafted as a soldier as the United States declares war on his country. Adding to his dilemma are the death of brother and the pressure from his ailing parents who both wish to marry him of to a Japanese girl, his childhood friend, who has been helping them while Yuji was away.

Should he marry out of duty to his parents? Will he find himself back in Cebu? What will happen to his relationship with Mina? All of these are complications in Yuji’s life that the author Orii seamlessly weaves, like his tapestries, for readers to ponder on, encouraging them to flip through the pages to find out.

The manuscript I was given was translated from the original Japanese language and while it was easy for me to appreciate the ease in reading the text and the non-convoluted way Orii presents his characters, there were still a few technical issues that needed addressing that I’m sure a good English editor could easily fix.

What clearly shines through, however, are the best Filipino characteristics that Orii seems to know very well. Having lived in the Philippines for more than 20 years, he has developed a unique perspective on both the good and the bad qualities of Filipinos. Orii, nevertheless, remembers the kindness in strangers’ eyes may it be taxi drivers, hotel employees, or even the plight of the local street children who he feels strongly about—a trait one may find parallels with one character in the second part of “Sampaguita and Gold Button.” Sometimes it truly takes an outsider’s point of view to tru- ly appreciate the best qualities in people.

At this point of his life, Orii says that unless he gets commissioned for a painting or tapestry work, he’ll have to think about it first as he is look- ing into the possibility of turning “Sampaguita and Gold Button” into a film. The novel will be run as a series by Philip- pines-based Japanese language newspaper Daily Manila Shim- bun with the book version having a tentative 2017 release. The first part is now available in Kindle edition on Amazon.