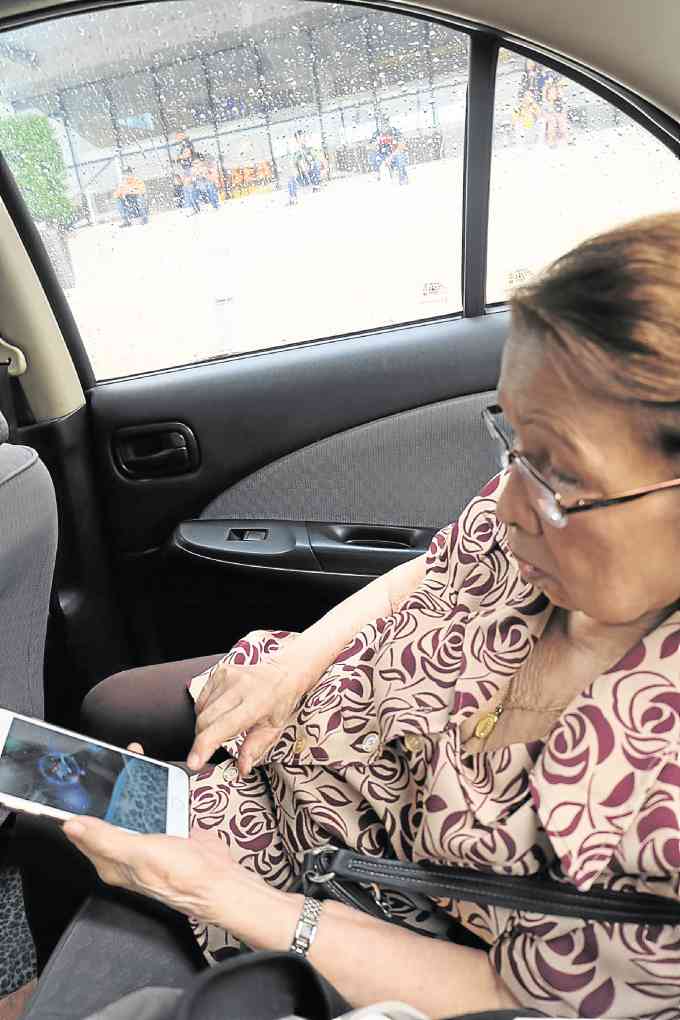 “You’ve never heard of it?”

“I’ve heard of Pokémon but I don’t know what it is, I just know it’s a game.”

Launched last July (it became available in the Philippines in August), the app has become a phenomenon in many countries, installed over 550 million times and earning $470 million in revenues less than three months after its release.

While it has been praised for being fun and for encouraging physical activity (players need to walk to hatch eggs and to explore their neighborhood to find more Pokémon), people have become so obsessed with the game that it has led to traffic accidents, a stampede in Taiwan and trespassing lawsuits.

According to The Guardian, Norway’s Prime Minister Erna Solberg was recently spotted playing during a debate in parliament. In the Philippines, the Civil Service Commission has banned “Pokémon Go” in government offices.

And now I was going to try to get Lola Charit, who is turning 89 in two weeks, hooked on it.

When I was a kid, my grandma was never the game-playing type. She was active, sure, doing Jane Fonda exercises on Betamax and then doing them from memory when Betamax tapes became obsolete. She brisk-walked like nobody’s business.

She has an ancient exercise bike that she was still using until a few years ago, when her doctors told her she needed to slow down.

Dude, she was the queen of spinning before people knew what spinning was.

We spent and we spend a lot of time together—reading, eating, shopping, talking. Playing has just never been our thing.

So what if she doesn’t usually play games? She’s cool. She can figure it out.

Besides, she’s no stranger to mobile phones. We text each other like two giggly girlfriends, though she uses an old Nokia and has resisted the lure of smart phones. She’s never used a touchscreen.

I was going to have to ease her into the experience. My grand plan was to have a nice lunch at Din Tai Fung and see how many xiao long baos we can eat together before she started playing. (The answer: 20.)

“You’ve never played any video games, right?” I asked her and she (and Megamall’s elevator attendant) looked at me like I was stupid. Of course not.

“And you never bought any video games for Papa and his siblings?” I prodded her.

My dad and my uncle Jun did turn out to be gamers. In the ’80s and ’90s, my brother and I had Family Computer battles with my dad (he was great at Contra and Galaga) and I remember afternoons and evenings spent watching my uncle play Prince of Persia on his clunky old desktop.

But Lola Charit remained blissfully oblivious to it all, choosing to keep her nose buried in books and watch TV shows like “The West Wing” and “Ally McBeal” instead. But she was a child once, surely there were some games she liked?

“Tumbang preso,” she said, smiling. And she talked about how she would go on vacation in Marikina with her brother Aling when she was around 10 or 11 and play hide-and-seek with other kids at night.

“But what was the most modern game you played?” I asked, thinking she’d mention a board game.

It was the perfect segue to her first “Pokémon Go” session. I opened the app but kept getting the “GPS Signal Not Found” message. I glanced at Lola Charit and realized that she wasn’t even looking at the screen.

And so we went to H&M and then to Uniqlo to look for pants.

Distractions weren’t the only problem. This was a blind-leading-the-blind scenario because, you see, I’m not exactly a “Pokémon Go” pro either.

When it first launched, I played the game for a few days, reaching only a pathetic level 4 before stopping, a fact the app reminds me of every time I try tapping on a Pokémon gym: “It looks like you don’t have much experience as a Pokémon Trainer yet. Come back when you’ve reached level 5!”

But I was determined to get my grandma to like this game. We exited Mega Fashion Hall in search of GPS but it was raining. This wasn’t going to work. I wasn’t about to make Lola Charit walk in the downpour just to catch some monsters. She was going to have to play “Pokémon Go” inside the car.

I slid my finger across my phone screen, navigating through gyms I wasn’t ready for and Poke Stops that were too far away. “Why are there no creatures in sight?” I wondered.

And then, I spotted it. A Pidgey!

“Flick it,” I said, flicking the screen, letting one Poké Ball go to waste.

So Lola Charit flicked and then said, while looking at the Pidgey-free screen, “Nawala na!”

“You caught it! Yay!” I said in jubilation.

She had captured a Pokémon on her first try! But I was alone in feeling triumphant. Lola Charit handed me back my phone, seemingly unimpressed by her natural Pokémon-catching skills. She was officially done with “Pokémon Go.”

“Not my type siguro. I’d rather read. Honest,” she said.

“Actually, I feel the same way,” I admitted.

We rode in silence for a while. Then her eyes lit up and she turned to me. “Tic-tac-toe! ’Yun, laro namin ’yun!”