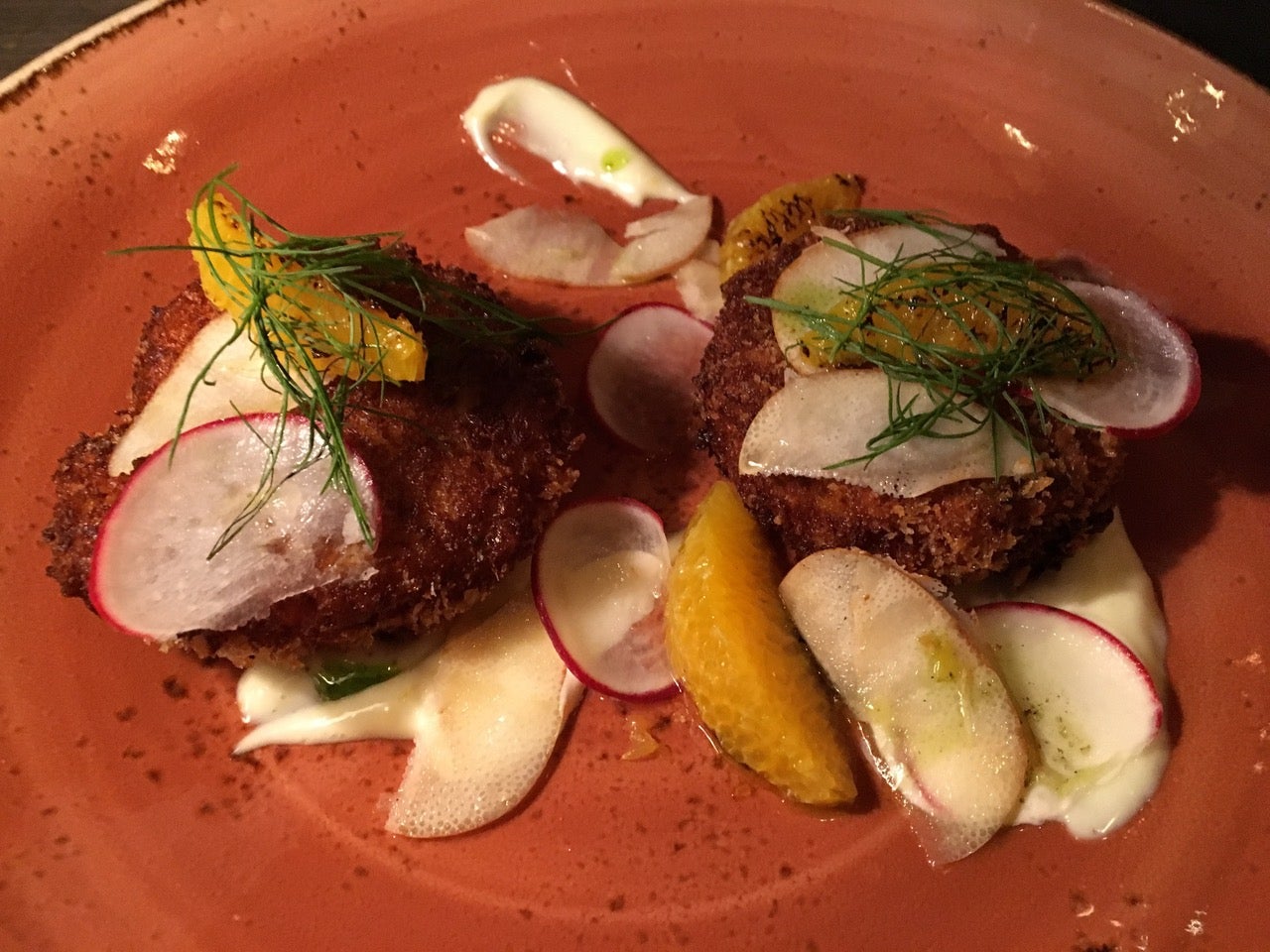 Steakhouse that’s as smashing as its cinematic inspiration

Whoever is in charge of the quality control at the food outlets of Shangri-La at the Fort deserves a pat on the back. I’ve raved about the buffet at High Street Café, enjoyed the dimsum at Canton Road, and had a great steak dinner at Raging Bull. That the food has been consistently good, so far, is testimony to the hotel wanting to be something more than the fifth Shangri-La hotel in the country.

Because the truth is that it could very well have served completely generic, indifferent food, and the hotel would still have been wildly successful. It’s a prime location, it has the branding, and people are willing to give hotels a free pass, like airlines: “It’s just hotel food, after all,” meaning something that is up to the latest standards in food safety and hygiene but not necessarily exciting or innovative.

I remember being particularly piqued when I ate (a few years ago) at Shangri-La Boracay; it had salmon, frozen prawns and tanigue. All the seafood at the hotel was concocted from a combination of these three items. The glass windows offered a view of the vast expanse of the Pacific Ocean.

I also discovered that Shangri-La at the Fort’s labyrinthine, illogical layout and the absence of a grand lobby like that of the Peninsula was a deliberate decision. Like medieval castles which had moats, portcullis, spiral staircases that wound clockwise (so that the defenders’ sword arms would have room to swing), every detail of the public spaces had been optimized against an armed attack.

To get in the vehicles, one had to mount a steep ramp, from which they emerged onto a landing (where boiling oil could be poured onto their heads, I suppose); and if they crashed through the plate glass into the lobby, they would find no one but a beaming concierge rather than hapless guests.

They would be tucked away in cul-de-sacs, such as the beautifully decorated space of Raging Bull, which along with Canton Road formed the top tier of the hotel’s dining spaces.

I will continue harping on the fact that a hotel worth its salt should still attempt a formal high-end dining room in the classical tradition; City of Dreams has one, after all, in the Tasting Room—and I understand that it’s doing fairly well.

Only hotels, where the establishment subsidizes part of the exorbitant costs of running a top-tier kitchen and having starched linen tablecloths, can fly the flag these days (besides a few notable exceptions) for good old-fashioned fine dining. They might have to operate at a loss, or have razor-thin margins, but where else are we to wow our dates, to propose, to celebrate, to mourn the loss of absent friends?

But then again, what makes a place “fine dining”? If Raging Bull were to be renamed Le Taureau Sauvage and rendered in a lacy typeface, and had an interior brimming with flowers and Second Empire furnishings, this would not make it more of a fine-dining establishment than a bomb-sniffing dog becomes one on account of being a Great Dane.

The room for fine-dining experience can be minimalist or ormolu, but the food must build on the cycle of tradition and innovation that has been refined for hundreds of years.

But important as well is to innovate and not be stuck in formulaic tradition like a cart-horse going in circles.

Raging Bull, despite its atavistic name, plays it safe. It’s a steakhouse that’s supposed to evoke a place where the Chicago mob might go to celebrate a successful hit. To enter, you have to make several turns, and several pauses, before reaching the restaurant proper. It’s a clever bit of legerdemain that makes you take in the atmosphere before emerging into the main dining room, a beautiful and softly-lit space where a menu that includes variations of grilled cow awaits you.

And as I hinted in my opening paragraph, everything we tried was of consistently excellent quality—from the starters of crab cakes, Caesar salad and oysters; to the mains, grilled in a Josper oven to absolute precision; to the sides, especially a particularly scintillating grilled asparagus with piquant hollandaise sauce.

The desserts are a bit of overkill—the crème brûlée came in a saucepan that would perhaps not only feed, but perhaps house, a small family; the pavlova was shrouded in an afro of spun cotton candy (this is perhaps the only dessert I can’t recommend); the cheesecake was of excellent rendition but the size of a paving-slab. This is a place for big appetites, big egos, and (as we discovered when the bill arrived) big wallets.

One minor problem is the noise level. Since I began reviewing I’ve been harping on about being able to have a decent conversation, something that seems to have had little effect on the way restaurants are designed, with many hard symmetrical surfaces.

There’s nothing like the hum of a good restaurant, of tables full of people enjoying themselves, that makes me believe in the redemptive power of food. But at the same time, as I get older and my hearing fails, I hate having to try and guess what my interlocutor across the table is saying.

Since the name of the restaurant references one of the seminal films of the late 20th century, a parallel isn’t too much of a stretch. Raging Bull, the restaurant, is a well-made summer blockbuster that checks all the boxes, a popcorn movie that delivers.

But it doesn’t push the envelope, it doesn’t blow the mind, it doesn’t try to do for food what “Raging Bull” did for cinema, in delivering an intense, visceral, unforgettable experience. But with the paucity for just getting things right in the restaurant world, this establishment is well-recommended.